At age 11, while living in Jacksonville, Mike Hurst made a choice that would change his life and help shape future generations in the River City. 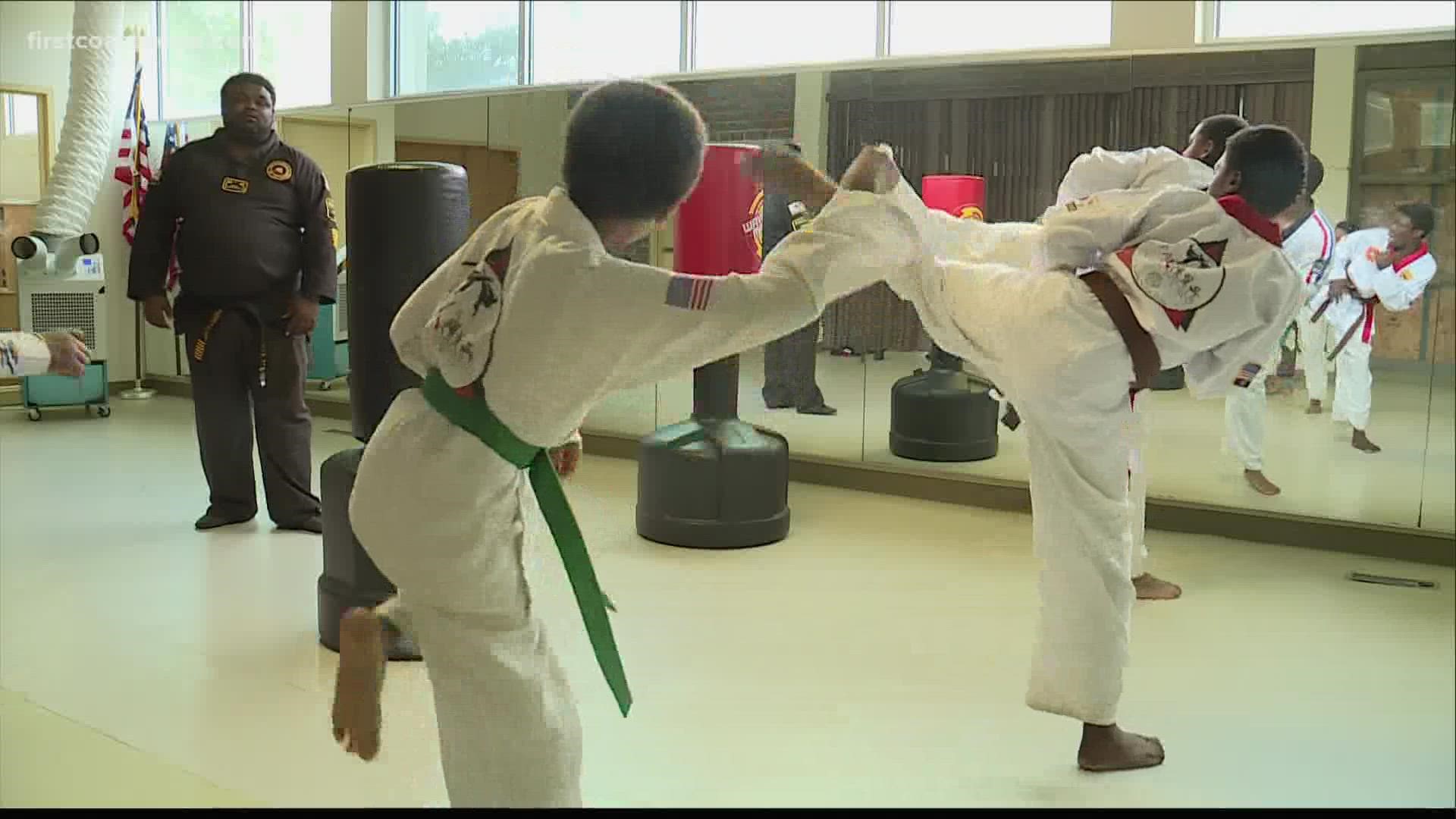 At age 11, Hurst ventured four miles from home to a local community center in east Jacksonville.

"I actually signed myself up for karate,” Hurst said. “My mom was in the world and my dad wasn't there. Real simple. It was this way- drugs, this way- there's football. I couldn't afford to do football, wasn't going to get involved with drugs or anything like that."

Hurst chose to step into a discipline that evolved in an unfamiliar world 8,000 miles away in East Asia. He would go on to compete in the U.S. Open in 1997 at age 17 and win first place in the heavyweight division.

Now, 24 years later, Hurst has left the hard punches and knee replacing kicks to the kids.

“I got a belly in exchange,” Hurst said, followed by laughter.

Senior Master Hurst is now the head of Mike's Karate Academy. His commands and instruction inside the Emmett Reed Community Center come free of charge.

“Giving back to the community just as it was given to me,” Hurst said. “Karate has been around forever and it's one of the contact sports that comes along with discipline, perseverance, indomitable spirit- all of that good stuff,” Hurst said with a proud grin. “And it has finally made its way to the world stage."

The Olympics is a stage that will no doubt open more minds to karate's principles and possibilities.

“If I'm having a bad day or I have something on my mind if I come here to karate it helps me get my mind off of things,” Martin Folsom said.

He’s a student of Hurst’s that has had to grapple with many hardships over the past couple of years.

“During most of my high school years I was living in a shelter and almost no one at my school knew about it,” Folsom said.

He would end up graduating at the top of his class, becoming the valedictorian at A. Phillip Randolph Career Academies in 2020. It’s a feat he accomplished with the help of karate's guiding principles.