5 Florida manatees dying a day in 2021: Here's how to spot a manatee in distress

Two and a half times more manatees have reportedly died so far this year than all of last year. 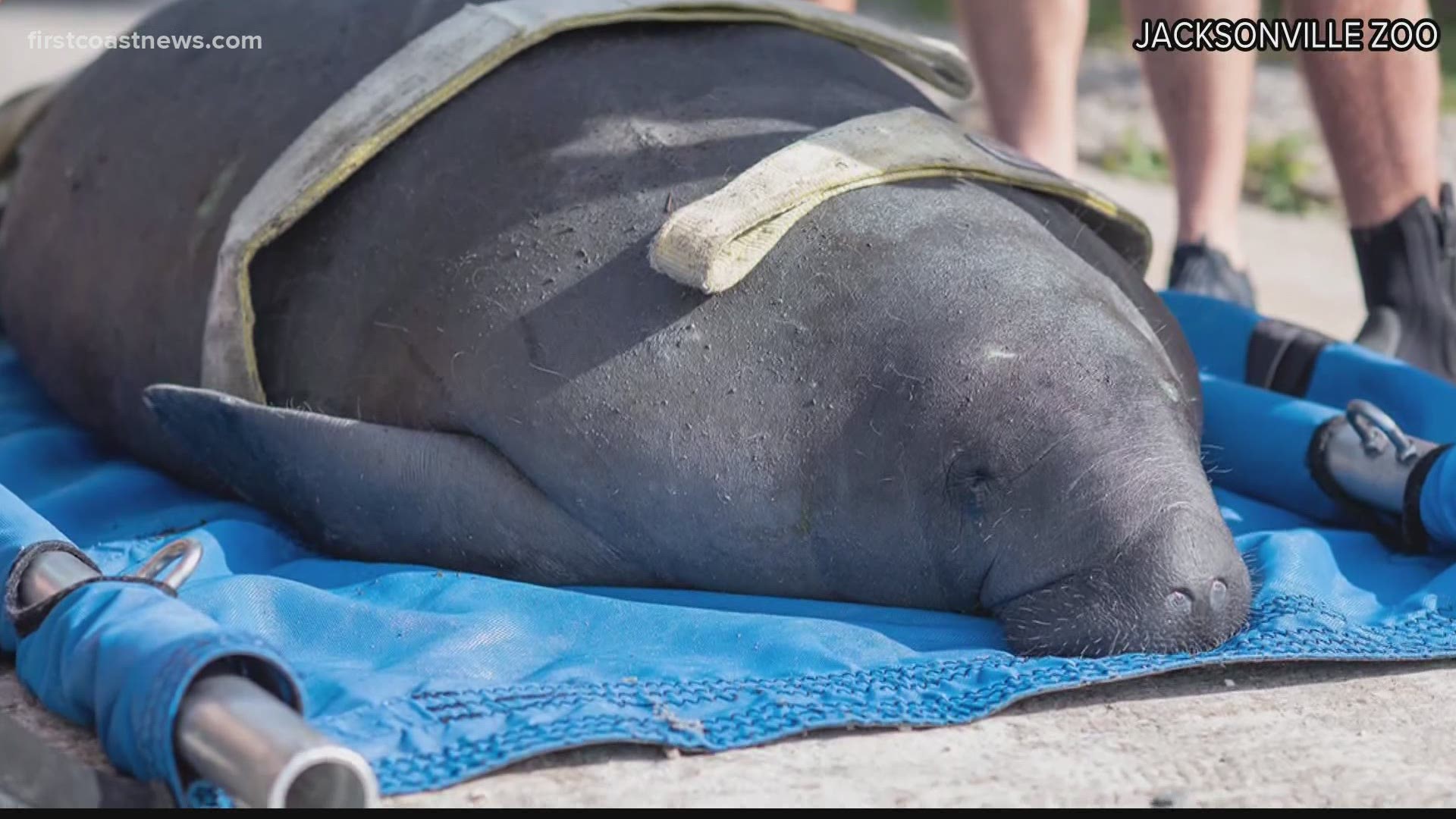 JACKSONVILLE, Fla — It’s been a tough year for Florida’s manatees.

Two and a half times more manatees have reportedly died so far this year than all of last year. The federal government is investigating what's been declared an Unusual Mortality Event.

Starvation due to a loss of seagrasses is what some conservation experts believe is causing the deaths. Any manatees in distress in northeast Florida go to the Jacksonville Zoo and  Gardens' Manatee Critical Care Center.

Florida Fish and Wildlife Conservation Commission data shows more than 760 manatees have died so far this year, which comes out to more than five manatees dying a day.

"The biggest problem is lack of lack of food," said Craig Miller, curator of mammals at Jacksonville Zoo and Gardens. "Years of decreased seagrasses in the Intracoastal, we are certainly concerned about next winter."

Reportedly according to the St. Johns River Water Management District, close to 60 percent of the seagrass in the Indian River Lagoon has disappeared since 2009 due to too much fertilizer and septic tank and road runoff in the water,

Jacksonville Zoo's Manatee Critical Care Center is one of four in the state. Miller says helping manatees starts with the public noticing a manatee in distress. He says signs a manatee is in distress include being beached and breathing rapidly.

"If they're breathing every 30 seconds, that's rapid respiration rate and that's usually an indication that there might be something wrong," he said.

Experts also advise to make sure not to lose any fishing line or other type of litter in water and stay in deep water when boating.

Jacksonville Zoo experts say to stay 50 feet away from manatees while in a powerboat, avoid swirls on top of water, and do not boat over seagrass.

If you see a manatee in distress call the Florida Fish and Wildlife Conservation Commission hotline at  1-888-404-3922 (FWCC).

Learn more about how you can help manatees here.

#PreventManateeMortalities 👉 Boats and other watercraft are responsible for 25-30% of human-caused manatee deaths,...

Posted by Jacksonville Zoo and Gardens on Thursday, May 27, 2021

RELATED: No, antibody tests can't prove if you’re protected by the COVID-19 vaccines