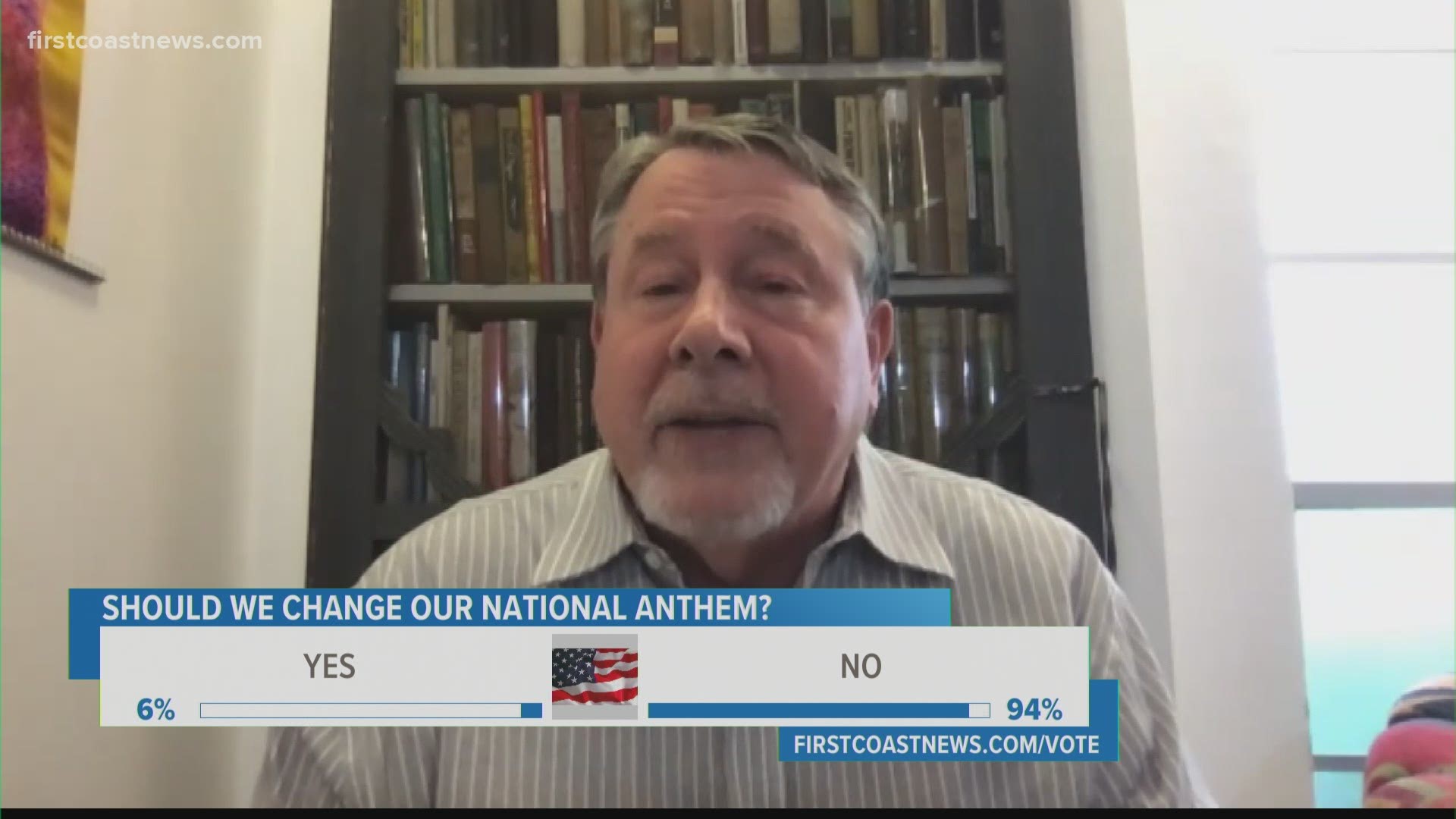 Nationwide symbols that evoke painful reminders of a darker time in our nation's history are being removed including monuments and statues.

And now another question is being posed; Should the national anthem be changed?

The Star-Spangled Banner was originally a poem written by Francis Scott Key, a lawyer, author and slave owner. The lyrics in the third stanza of the song which are not usually sung during sporting events are adding to the controversy. It reads "No refuge could save the hireling and slave, from the terror of flight or the gloom of the grave."

First Coast News reached out to local historian, David Nolan who has spent the last 40 years of his life fighting to preserve history. Nolan says generally he gets very alarmed when people start to talk about removing or changing history because it's often done unwisely but he points out, there's a difference between preserving the history and honoring it.

"All phases of history while we keep the records of them we don't honor them," Nolan said. "Some things are just not on the slate to be honored for the next century. And that gives us a chance to say well who were the great people in the last 150 years that we might like to honor?"

Protests continue in communities across America as people demand social justice. Nolan says the nation is now in a reevaluation period.

"As a historian, we always look back and we reevaluate things from the past and we try to preserve the documents and records of the past and then at the end of the day when you've checked out all of those things then you decide out of all of these options what do we want to do," Nolan said.

When asked about monuments and statues honoring Confederate soldiers being removed in Jacksonville, Nolan posed an interesting question: "If you were starting from scratch would you honor these people?"

"Every generation, every century has things that are honored and then every generation and century looks back to see are they really what we want to honor?" Nolan said. "We have just seen that their time has come. They had a century and more and now it's time to honor new things and as a historian that does not bother or alarm me at all."