Tuesday through Sunday theaters are offering special deals and promotions to get you back in their seats. 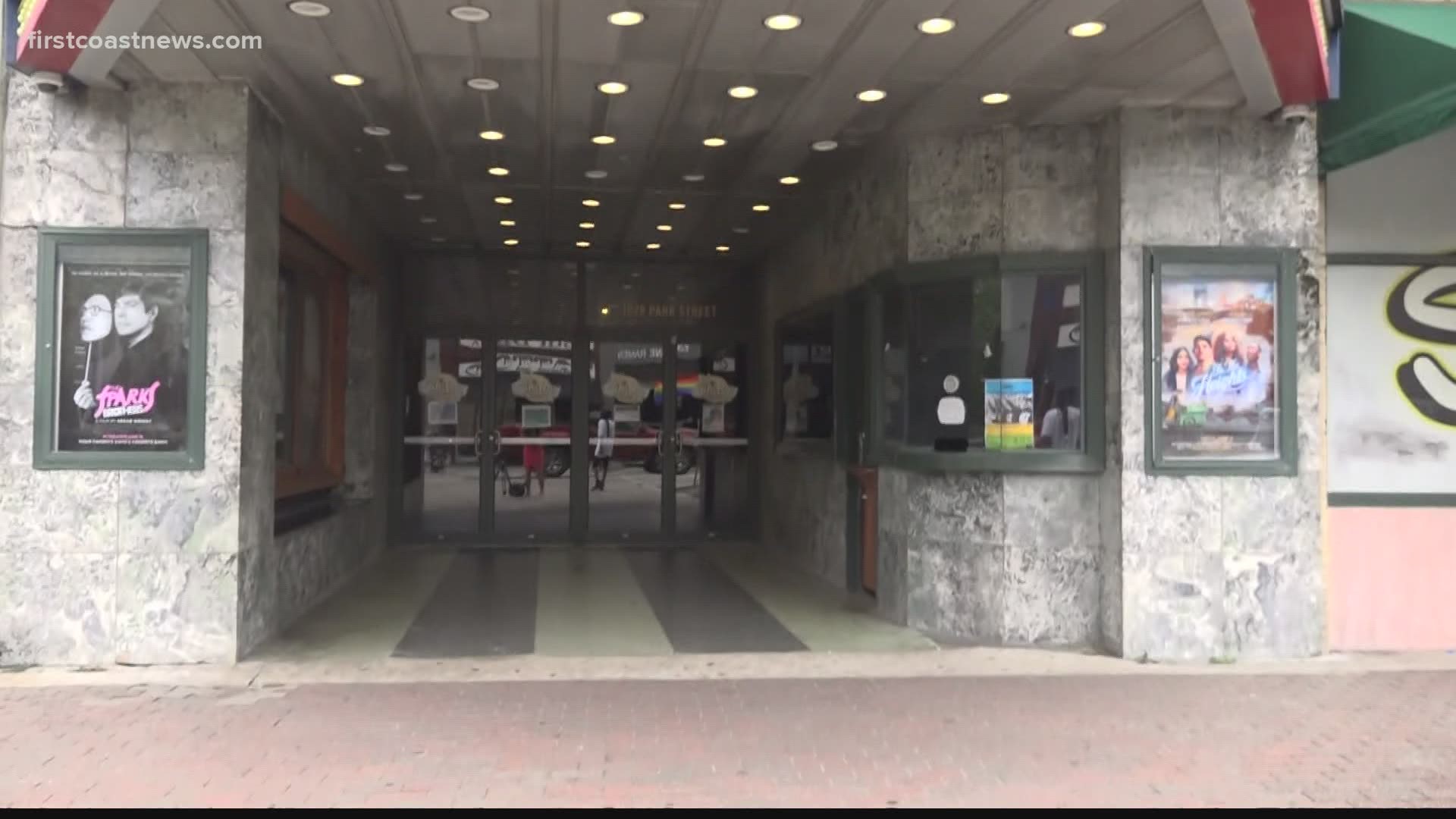 JACKSONVILLE, Fla. — Have you been back to the movies yet?

It's the first-ever Cinema Week and Tuesday through Sunday theaters are offering special deals and promotions to get you back in their seats. The big picture idea is about keeping the movie theater experience alive.

"Every single day now somebody comes in and says, 'I'm so excited, it's my first time back!' said Shana David-Massett, co-owner of Sun-Ray Cinema in Five Points.

Cinema Week means theaters across the country are offering promotions like cheaper tickets and special events. Local novelty theaters are continuing their promotions after this week.

At Sun-Ray Cinema you can get a free large popcorn when you check in on Yelp. At San Marco Theatre, get kid-priced tickets Mondays and half-off wine Wednesdays and check out new menu items this weekend.

The ninth Fast and Furious movie opens this week. Got time to kill Wednesday? Cinemark is offering a double feature of A Quiet Place and A Quiet Place II.

"This is the theater I grew up coming to," said Leighton Davis, co-owner of San Marco Theatre. "This is where my husband and I did the majority of our dates when we were dating and engaged. This is where my kids came to the movies with me, my daughter Piper's here with me now."

Movies may now be in theaters for a shorter amount of time. Some studios are reportedly already planning to go to streaming earlier. But local theater owners say their ticket sale growth is steady and they are confident the tradition of going to the movies isn't going anywhere.

"Even when that same movie wasn't streaming in your house, you always had the capacity to choose something else," said David-Massett. "What we're finding is people are valuing this experience."

"We see movies that we really aren't that crazy about going to see because we just love coming to the theater and enjoying the whole experience," said Davis.

It’s the first ever #CinemaWeek!

Have you been back to the movies yet?? Now would be the time to go because theaters are offering deals and promotions to get you in their seats!

Check out promotions at some of our small biz ones on #GMJ. pic.twitter.com/epE2OcHUIf