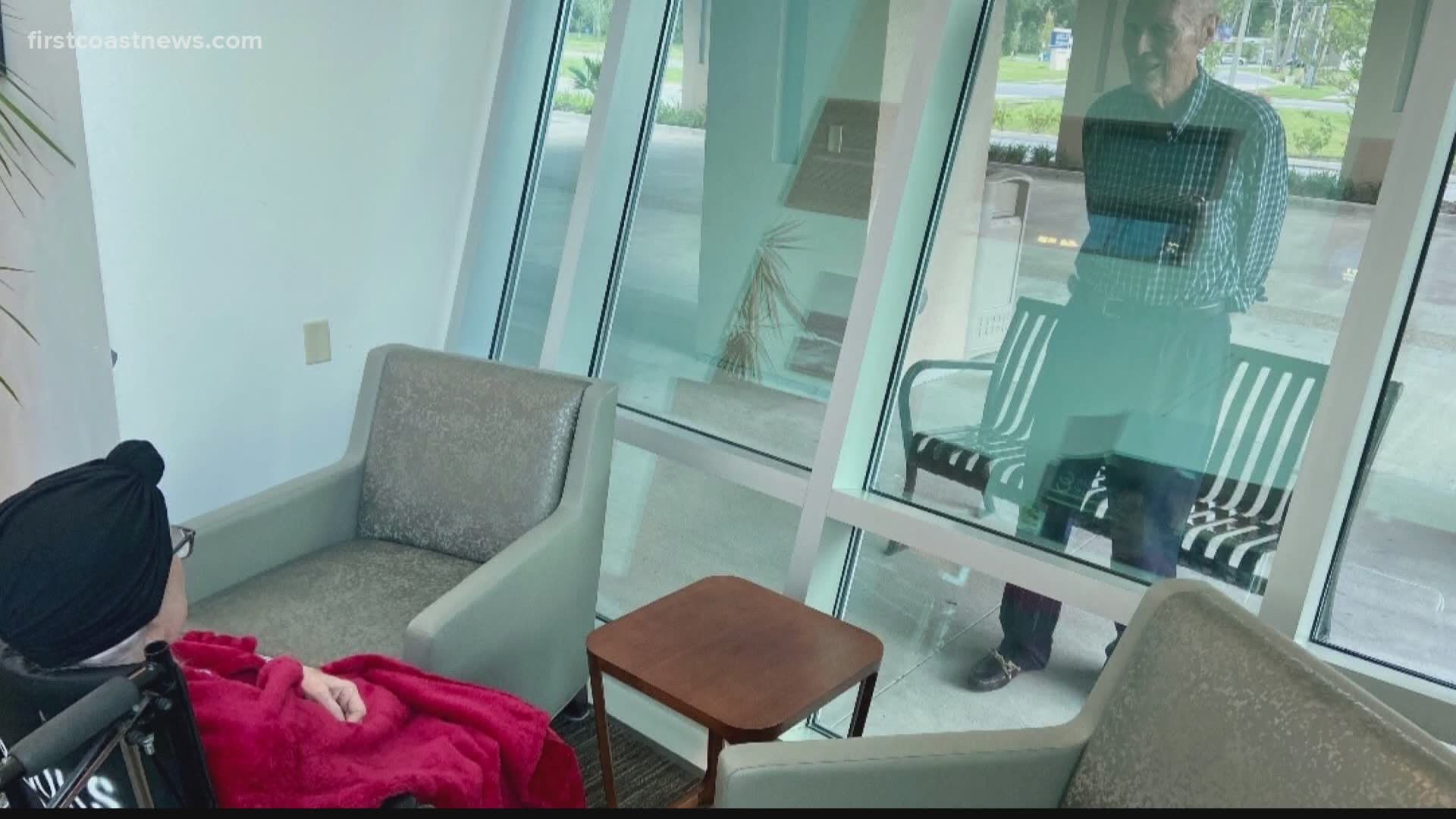 JACKSONVILLE, Fla — Families across the state of Florida continue to suffer as restrictions remain in place for nursing home visits. A Jacksonville woman is urging Governor Ron DeSantis to address the mental health of the elderly feeling left behind in nursing homes.

Colonel Dean and Inez Biggerstaff married 61 years ago and have been inseparable until the coronavirus pandemic hit. His daily visits to see his wife in her Jacksonville nursing home have been halted now for four months and counting.

Their story of suffering in isolation due to nursing home restrictions put in place by the state is not unique. There are countless families watching as their loved one's health is failing and they can't be with them. But it's not just their physical health as elderly people that's a concern. Their mental health is also at stake.

Cindi Luten says her mother, Inez is now being given medication for depression and anxiety. Colonel Biggerstaff is not inside of a nursing home but because his wife is, and he can't see her, Luten says he's not eating and has lost weight.

"I am an registered nurse I completely understand and agree that we need to protect them," Luten said. "However, to completely ignore their mental health needs -- it's barbaric."

Luten sent a letter to the Governor's office and following FCN's inquiry into that letter she says she got a response from DeSantis' office in June. Luten now believes it was an empty promise that they'd look into her letter and request for the elderly couple to be safely reunited because four weeks later they're still apart.

"We are on the verge of opening our schools because the government recognized the mental isolation of the students and the mental health affects that these students are feeling," Luten said. "Why hasn't this country placed the same significance on finding a method for the elderly to have company?"

According to Luten, the nursing home where Inez Biggerstaff lives initially planned to let the couple see each other outside under a tent but with the scorching hot temperatures Jacksonville has experienced in June and July, that hasn't happened.

FCN reached out to the Governor's office to find out if there is a plan in place to address the mental health of people in isolation at nursing homes and we have not yet received a response.

RELATED: Wife takes job as dishwasher so she can see her husband with Alzheimer's