On Monday, the process starts in the trial of former Minneapolis police officer Derek Chauvin, charged with second-degree murder and manslaughter in Floyd's death. 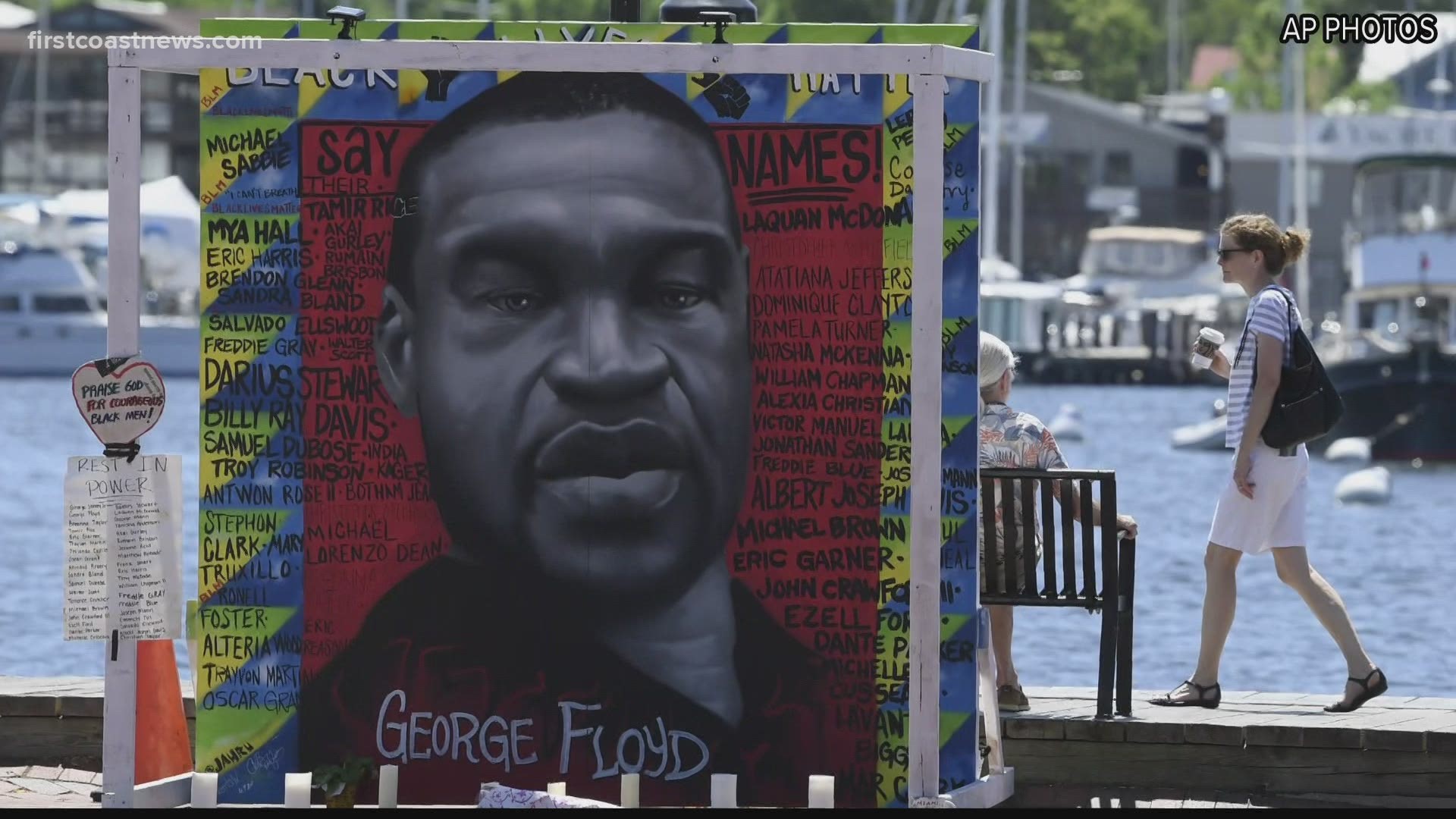 JACKSONVILLE, Fla — Jury selection begins Monday for the highest-profile case in the country that catapulted millions to the streets in protest last summer.

George Floyd was killed on May 25 last year. On Monday the process starts in the trial of former Minneapolis police officer Derek Chauvin, charged with second-degree murder and manslaughter in Floyd's death.

This jury selection will be different because of the pandemic. Each day, eight potential jurors will go to the courthouse, four in the morning and four in the afternoon. They're questioned individually.

At Duval County's own courthouse, there is a protest planned for 7 p.m. calling for justice for George Floyd. It will be hosted by the Jacksonville Community Action Committee and the committee's Michael Sampson, II will be watching the trial once it starts.

"Of course the defense will attempt to character assassinate the late George Floyd, which is often the case when you have trials around police killings," Sampson said.

The court needs 12 jurors and four alternates. Questionnaires were sent out to potential jurors before Christmas. The questionnaires are 14 pages asking about the person's knowledge of the case, media habits, and police contacts.

"The trial itself is very relevant," Sampson began. "But what George Floyd, his murder, but in essence his martyrdom has created is a situation in which probably millions of more people in this country who are more aware of racial injustice and police brutality and want something to be done about it. And I think that's something that is irreversible no matter the outcome of the trial."

"It's triggering just to see George Floyd's life be taken again," Roberts said. "I will be looking to see if the truth comes out."

The trial also brings about the question of what justice looks like.

"What justice might mean to me is a promise that this will never happen again and that this cannot happen again," said Carlton Riley, Duval organizer with Florida Rising. "It's really important to recognize that we are all trying to find justice in a system and in a situation that justice isn't really clear."

"We also have local issues around Brittany Williams," she said. "The interest in her case has dwindled because of what happened with George Floyd so I would urge people to pay attention to what's happening locally because these things directly will impact you."

Jury selection is expected to take three weeks. Testimony will not begin before March 29.