Stephen Dickey is not even from Jacksonville, but he's been a fan since his first game in the stadium in the late 90s. 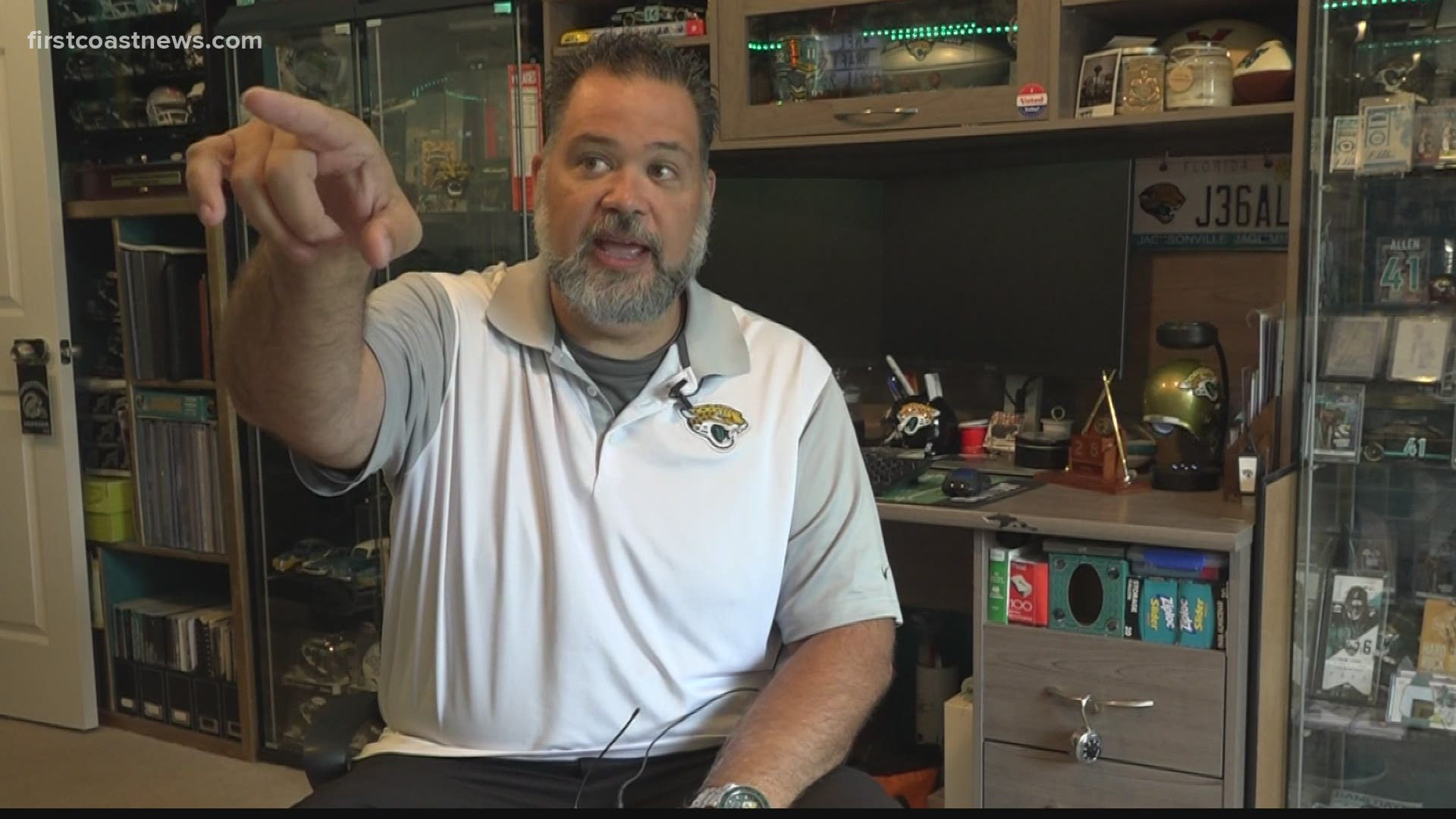 JACKSONVILLE, Fla — For a team with a lack of wins, they have a fan base that is not lacking excitement.

Stephen Dickey is one of them. He moved from Indiana to Jacksonville in the late 90s.

A coworker took him to a game and he was hooked. So hooked that entire room of his home is for his Jaguars collection.

He’s now a Jaguars collector and has been since 1997. That’s how he wound up with enough memorabilia, specialty items, and signed jerseys to fill up a room and overflow into other spaces in his home.

To say he’s excited for the Jaguars to get the first pick is an understatement. He’s got three of Trevor Lawrence’s Sports Illustrated covers and a Clemson helmet for him already set up in his collection of helmets for every player who the Jags have picked first.

How does he explain it?

Fans have put a lot of hope into what happens at the draft. Stay with First Coast News for your NFL Draft coverage.

We have live coverage all day and special Draft coverage beginning at 5 p.m.

Watch the Draft all weekend long on on ABC25.