The pandemic has apparently inspired more doctors. Applicants to medical schools are reportedly higher than ever. 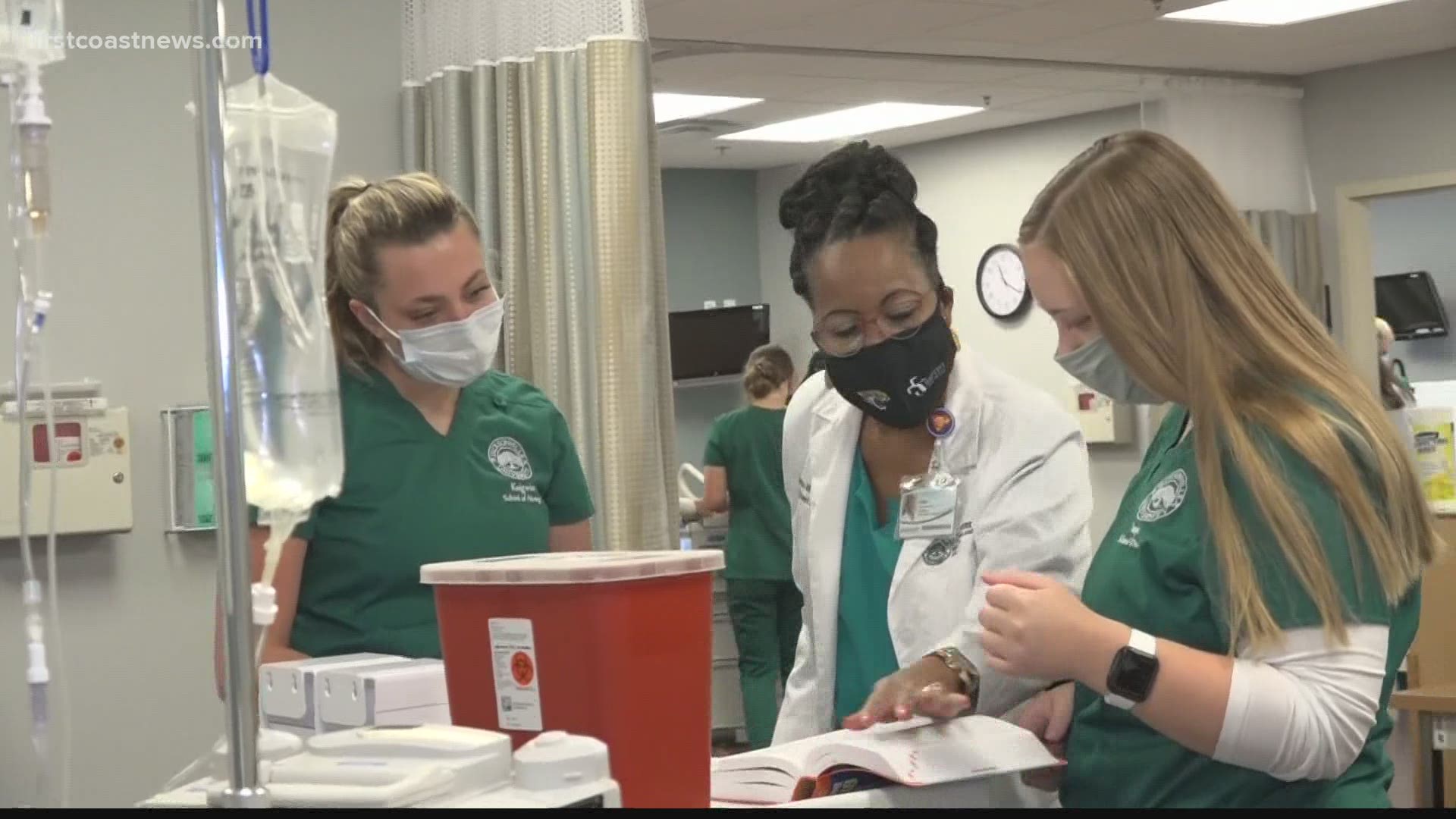 JACKSONVILLE, Fla. — The pandemic is inspiring more people to go into medicine, but getting there isn't so easy.

That's where a problem lies because researchers from the Association of American Medical Colleges expect a shortage of up to 139,000 physicians in the next 12 years. A new program at Jacksonville University aims to help.

JU is launching a new master of science in medical sciences program. Nearly 60 percent of medical school applicants do not get accepted into medical school and the masters program could stop them from giving up.

"It's one year that mirrors the first year of medical school," said JU Vice President of Enrollment Management Dr. Teresa McGregor about the program. "So they come in, gives them an opportunity to really learn the material, excel."

The pandemic has apparently inspired more doctors. Applicants to medical schools are reportedly higher than ever.

Application numbers went up by at least 25 percent last year at nearly two dozen medical schools, according to the AAMC. When JU announced their accelerated nursing program hundreds of people applied for the 25 spots.

The masters program is a partnership with Tiber Health and JU reports more than 75 percent of the people who graduate from masters degree programs through Tiber Health go on to what they want to do in healthcare.