'I know what it feels like to be discouraged': Jacksonville teen raises $250K for Black girls in STEM 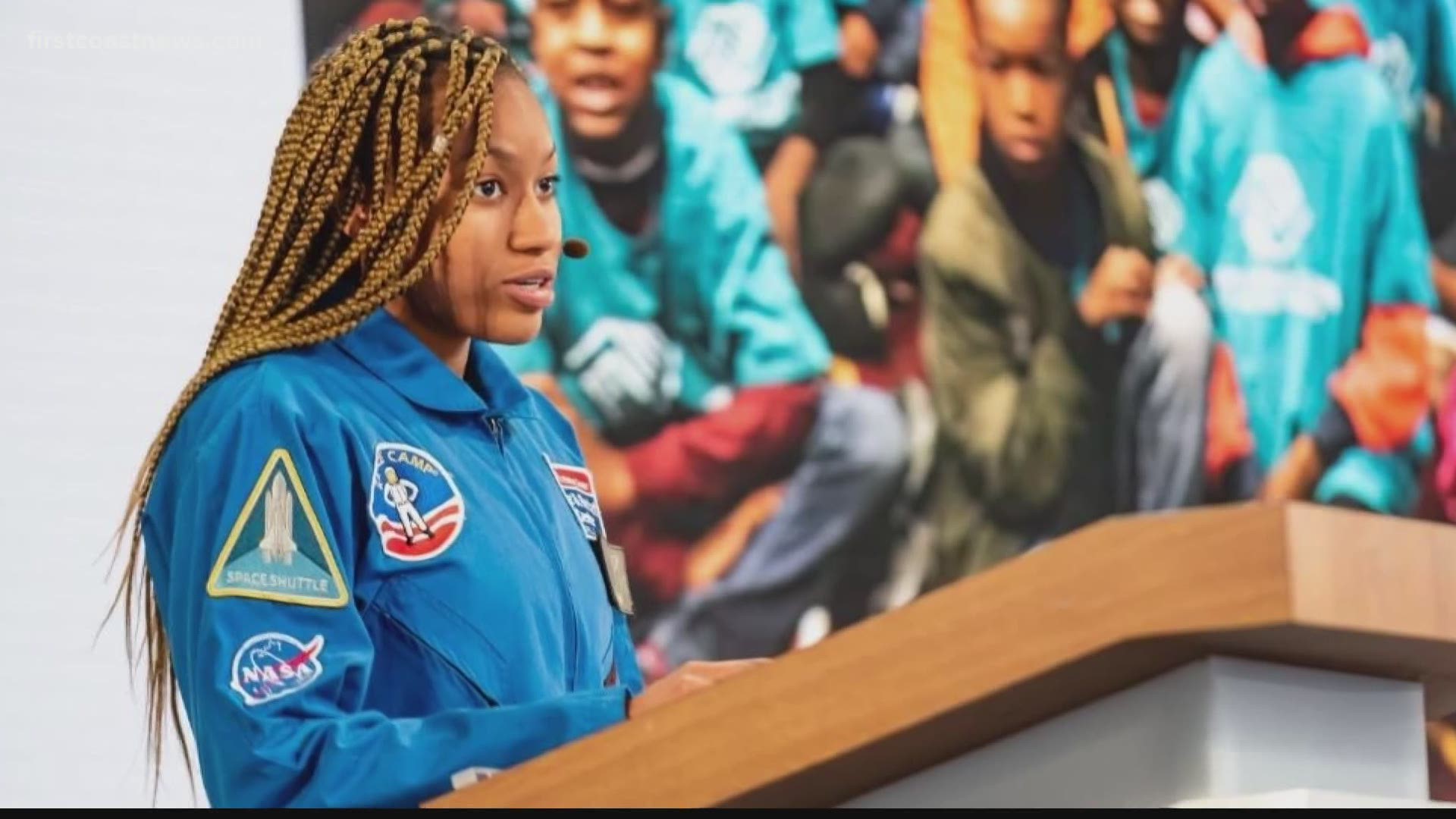 JACKSONVILLE, Fla — While unsung heroes inspire countless generations to aim higher, a Jacksonville teen is reaching beyond the stars to pave the way for young girls of color.

Taylor Richardson, 17, also known as Astronaut Starbright, is an advocate for inclusion and diversity in Science, Technology, Engineering and Mathematics.

Growing up, being bullied because of her skin color, Richardson has always seen the importance of representation.

"I know what it feels like to be discouraged, to be discriminated against,” Richardson said. “I want to make sure specifically Black girls are represented right now, because we are constantly being [torn] down, and that's the point that I want to get across – that we are capable.”

Since 2014, Richardson has raised more than $250,000 with the help of some big names, becoming a pacesetter for youth philanthropy.

She’s used the funds to sponsor scholarships to send girls to STEM camps and sponsor movie screenings for young girls across the nation.

“I had raised money for girls to see A Wrinkle in Time, after that I went on Good Morning America to ask Oprah a question,” Richardson said. “But what I didn’t know was that she would be meeting me and donating to my campaign.”

Stunned by Oprah Winfrey, Richardson couldn't believe they were standing in the same room. But, little did she know Winfrey would match her funds, totaling $100,000.

Now, she’s using her platform to amplify voices that are being silenced.

'I've raised over $22,000 for The Black Friend Book to be distributed in public libraries, middle schools and high schools in Jacksonville, 40 U.S. embassies, Australia, Africa and Germany,” Richardson said.

Although her reach began in Jacksonville, Richardson's actions are inspiring young girls all over the world.

While she still has the dream of someday becoming an astronaut, Richardson says she's focusing on what she believes matters right now.

“We have the information that we need to carry out the solutions to problems that haven’t been solved for a while,” Richardson said. “I feel like if you give young people a voice, we can definitely make some change."

Richardson has a mural painted on the Upper Eastside of town. It was created by students from James Weldon Johnson and visual artist Roosevelt Watson III.

I finally visited my mural today. On the Eastside of JAX where kids view was walking past a juvenile detention center! I hope now that this mural is up, it will let them know that your present circumstances don’t determine where you can go; they merely determine where you start. pic.twitter.com/V8511M2ivn