It's a history nearly forgotten. African Americans helped shape the thoroughbred racing industry. During the first Kentucky Derby, 13 out of 15 jockeys were Black. 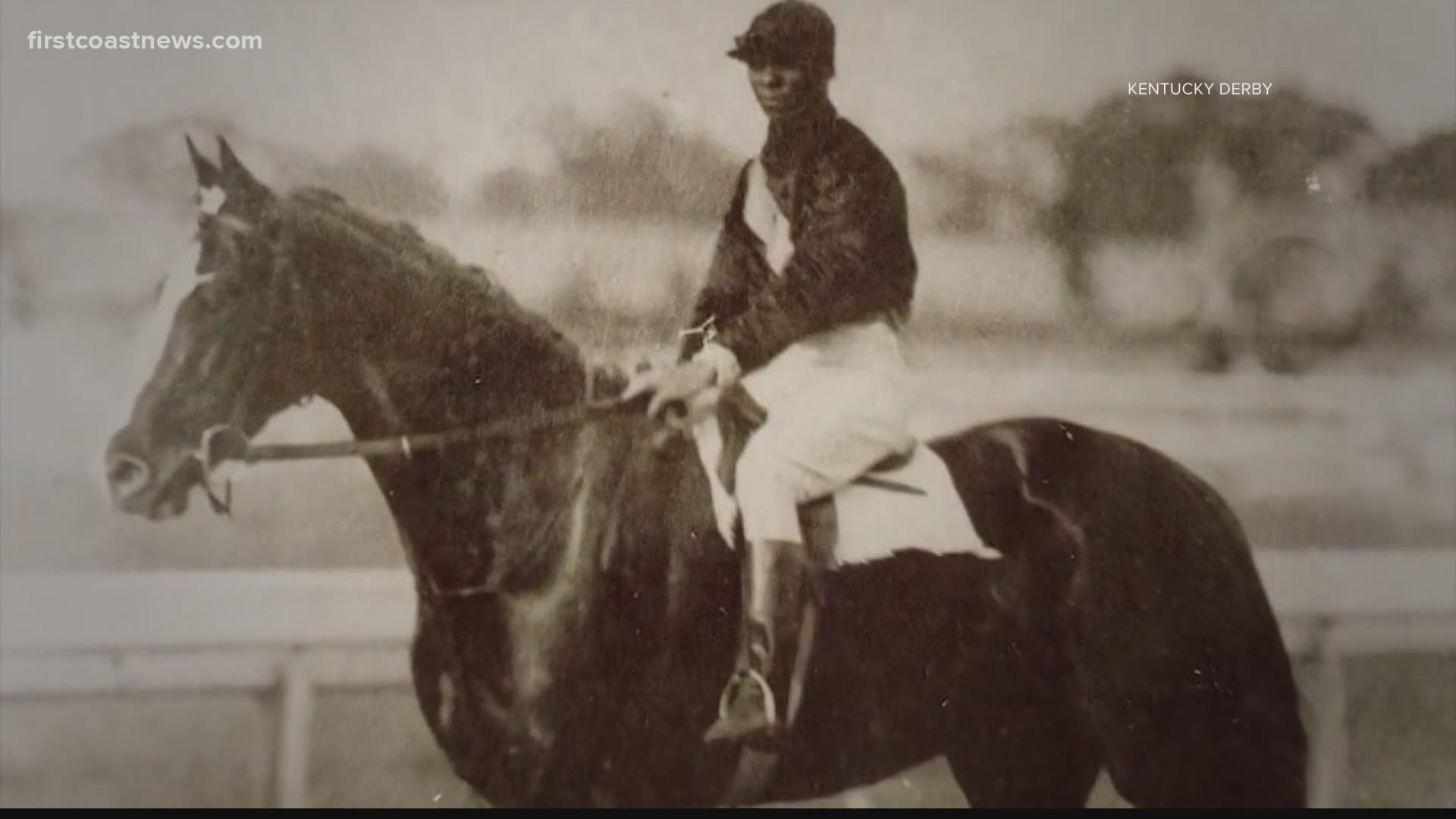 JACKSONVILLE, Fla. — It's known as the greatest two minutes in sports and as the Kentucky Derby gets underway this weekend, First Coast News is taking a look at the contributions of African Americans to the thoroughbred racing industry.

On the Kentucky Derby official website, there is a tab under the history section dedicated to the legacy of black jockeys. These men played an essential role in shaping the sport early on.

"When I started doing this that tab that's on the official Kentucky Derby website, it wasn't there then,” said Dr. Derick McElveen Jr. “But it's there now."

In 2015 McElveen, a Jacksonville native and founder of Talented Tenth Enterprises hosted his first derby party in the River City.

It brought out young professionals in the area. The gathering was postponed by the pandemic in 2020 but it's set to happen for a sixth year on May 1.

McElveen says it's to honor a legacy that needs to be acknowledged. While researching the Derby's history, he too was surprised to learn of the vital contributions of African Americans to the sport.

"I immediately found the origin stories of how the derby came to be and the first participants and it just blew my mind,” McElveen said.  “And of course they were black men."

In 1875, during the first Kentucky Derby, 13 out of the 15 jockeys were black. And among the first 28 derby winners, 15 were African-American.

On the opening day of the Kentucky Derby, May 17, 1875, Oliver Lewis, a 19-year-old black native Kentuckian, rode to a record-setting victory.

In the late 1800 black jockeys excelled. Jimmy Winkfield would be the last African American to win the world-famous race in 1901 and 1902. But by 1921 black jockeys disappeared from the Kentucky track due to racism and Jim Crow laws. They didn't return to the sport until Marlon St. Julien rode in the year 2000.

There is now a plaque commemorating the occasion in the Kentucky Derby Museum's collection.