The Shrimp's first game in more than 600 days Tuesday night was an 11 to 5 win over the Norfolk Tides. 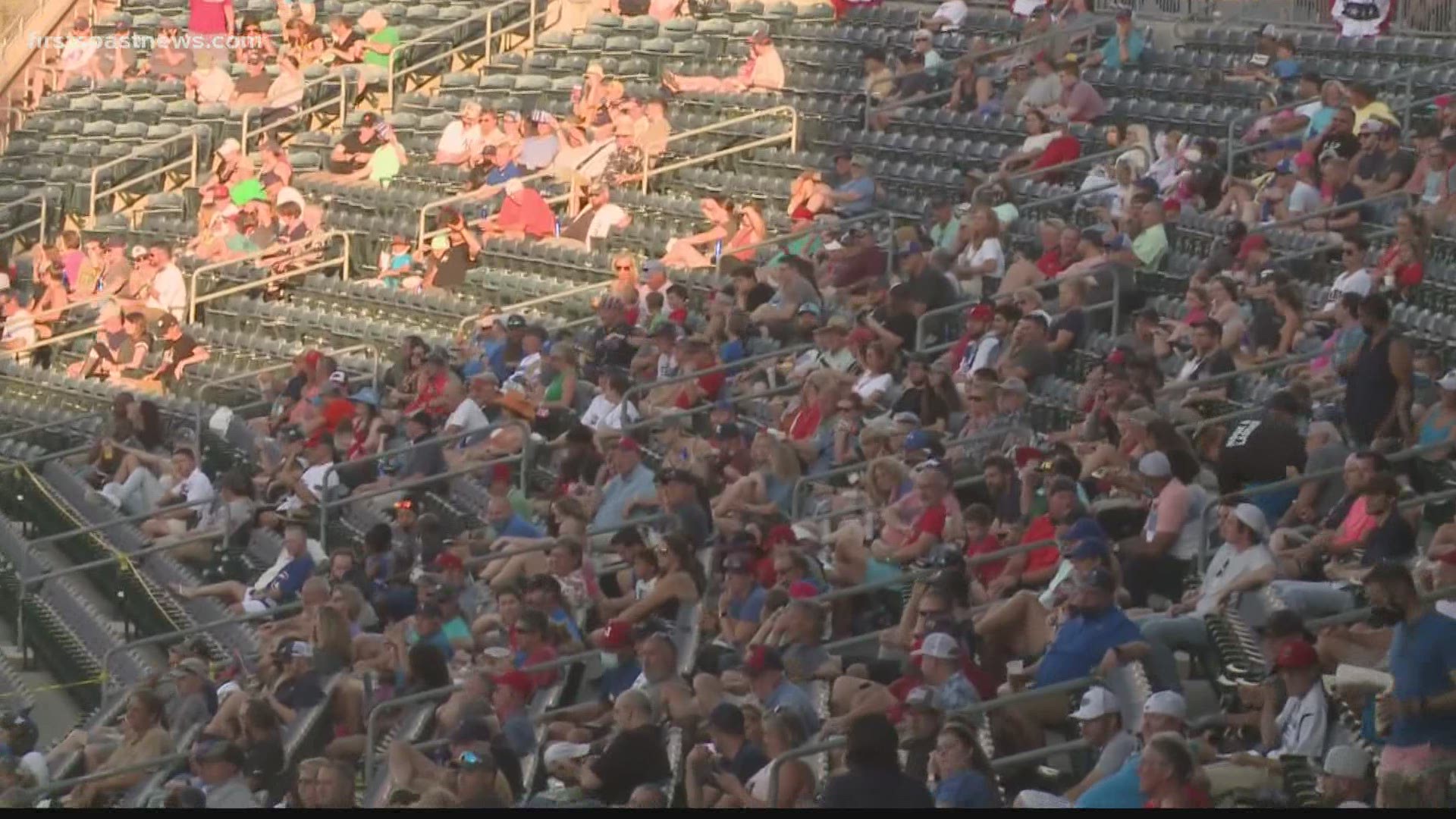 JACKSONVILLE, Fla. — The Jacksonville Jumbo Shrimp is officially back as a Triple-A team.

The first game in more than 600 days on Tuesday night was an 11 to 5 win over the Norfolk Tides. The Shrimp scored the most runs on Opening Day in the Jumbo Shrimp era.

It was a sell-out crowd at 45 percent capacity. Owner and CEO Ken Babby says they're looking at the number of people getting vaccinated when determining the capacity.

Since the Shrimp are now a Triple-A affiliate of the Miami Marlins, several players on this year's squad got to play in the majors last season or they trained at the alternative training site and were on the taxi squad.

There are plenty of promotions.

Get your tickets here.

No need to say more. @JaxShrimp

They're sold out tonight but get your tickets for later on:https://t.co/3LEJNMYhO8 pic.twitter.com/NgIG9FcpE5