'Jacksonville Jesus': Trevor Lawrence merchandise is on sale and getting creative

Trevor Lawrence is being called the Jacksonville Jesus and the franchise savior. It's all over merch now. 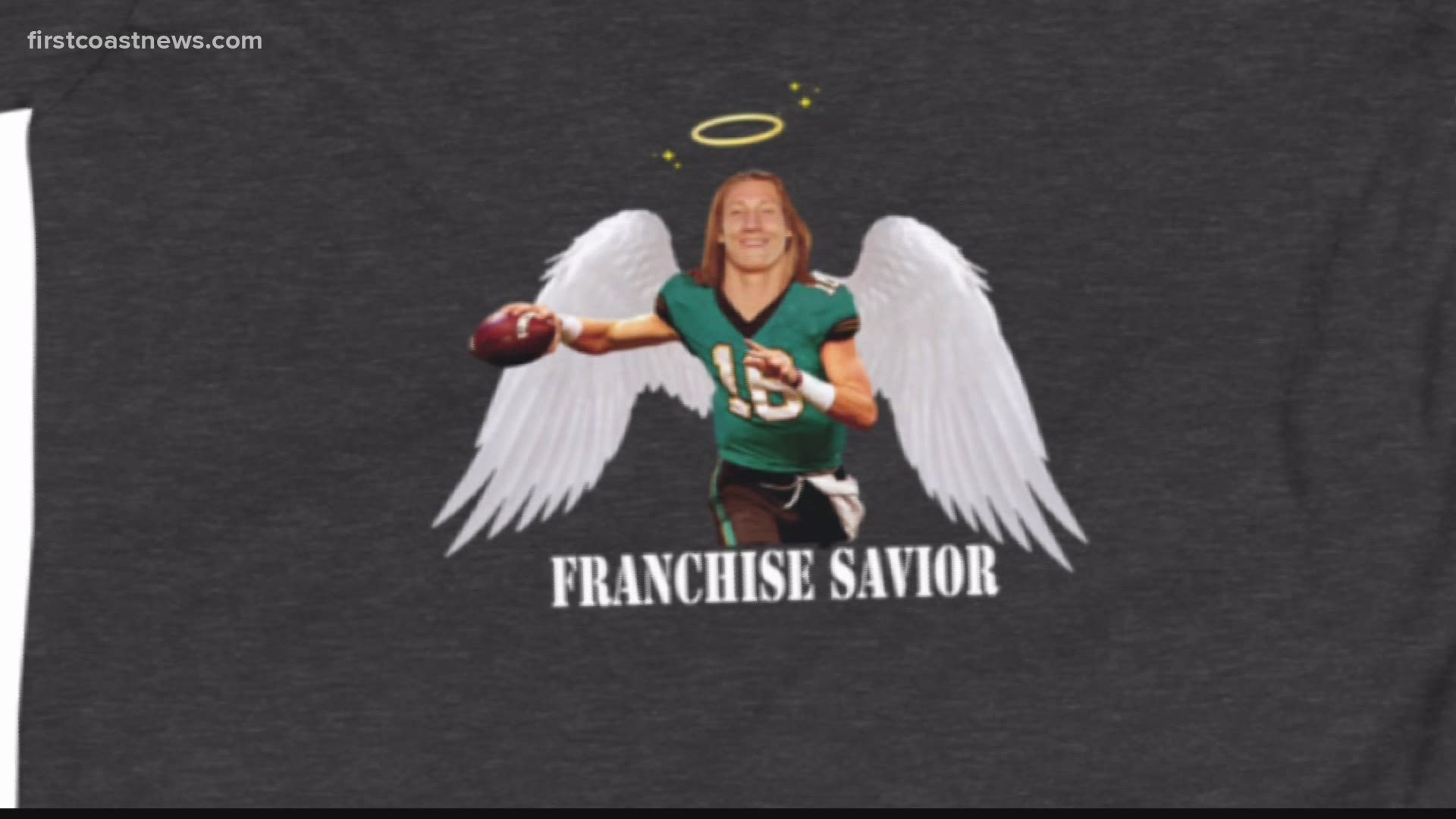 JACKSONVILLE, Fla — Trevor Lawrence is coming to Jacksonville and now fans are scrambling to get their hands on gear.

People who work for the team say the excitement is comparable to the 2018 season after the team went to the AFC Championship. Fans want to see the team back on the field winning, which they say Lawrence will do just that.

Trevor Lawrence merchandise has been on sale for weeks now, before the official pick on draft night.

You can get the traditional jersey style with his college number on the back or you can go the creative route.

We found out about JacksonvilleJesus.com. The website and t-shirt designs were created by Mike Sorkin. One of his designs says “franchise savior”.

“Jesus came to mind because I’ve been paying attention to his college career," Sorkin told First Coast News. "He’s got the long hair going. I’ve heard in interviews he’s very laid back and soft-spoken. His vibe is turned down. He’s not like a Connor McGregor.”

Alright, let's hear it for this nickname. @Trevorlawrencee as the Jacksonville Jesus.

Check out #GMJ this morning to hear from the man who created the nickname and is designing t-shirts all about T-Law. @FCN2go pic.twitter.com/PNpMZ9KGWd

Sorkin ventured into shirt design because of the pandemic. He’s in marketing and web design and he lost some clients as businesses around the country were struggling. He used his design skills to find new ways to make a living.

His company is called Immortal Entertainment and you'll also find his designs on his Etsy and other online shops. We found his site on Etsy. His business is still small selling about six shirts a day, but he says the site views are building up.

Sorkin is actually not a Jags fan himself, but goes to games with friends when he's visiting. Yes, you read that right. He doesn't live in Jacksonville!

Sorkin is based in Rhode Island and is hoping to make the move to Florida soon.

You can also find T-Law merch at Sports Mania in Jacksonville Beach as well as popular online shops like Fanatics!