Close to five million ballots were cast. The deadline to recount them is Friday, Nov. 20th when election results must be certified. 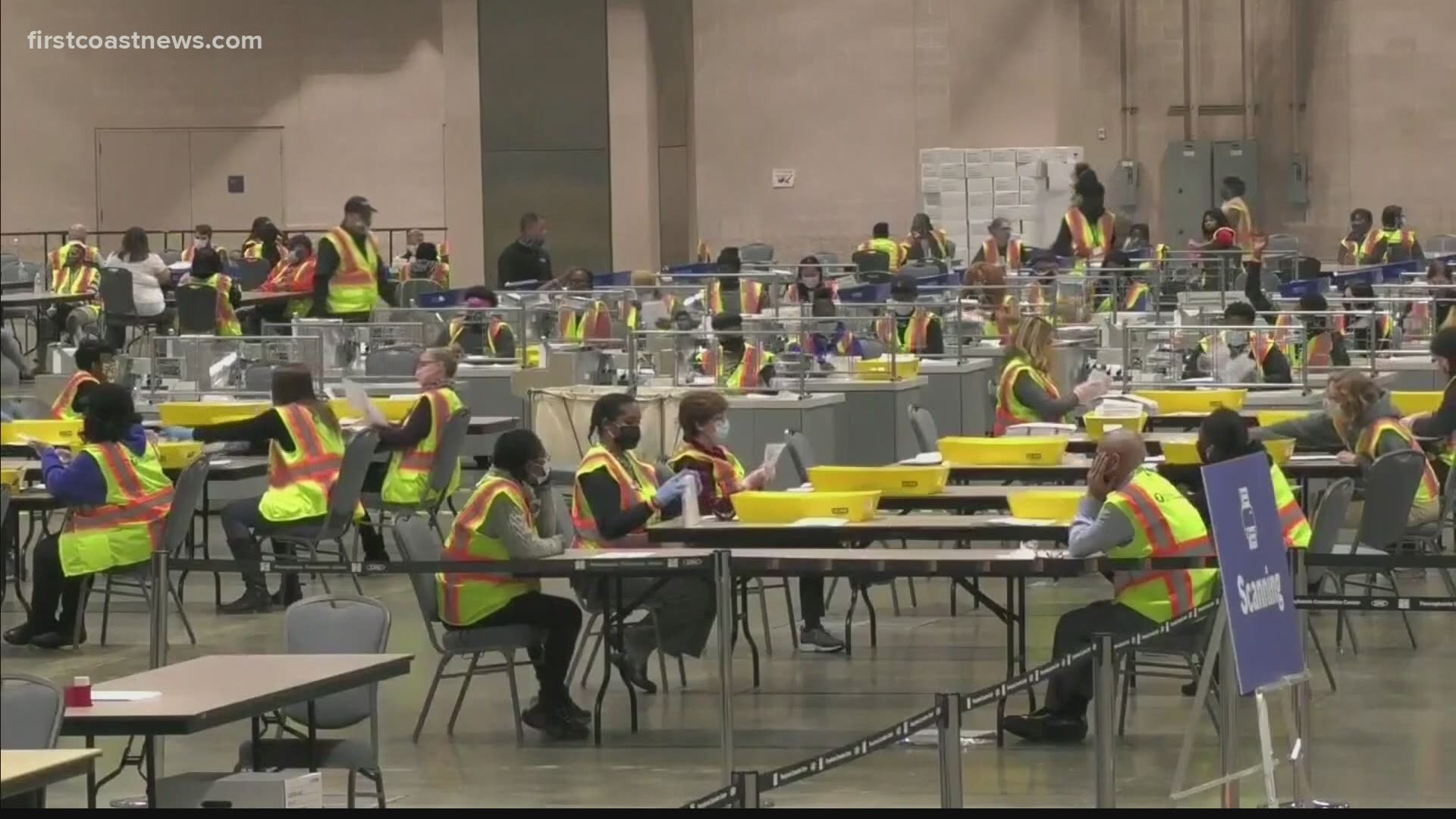 People recounting ballots in Georgia have a lot of work on their hands, literally.

On Friday they begin a full, by-hand recount of presidential election ballots. The margin between President-elect Joe Biden and President Donald Trump is just over 14 thousand votes.

Close to five million ballots were cast. The deadline to recount them is Friday, Nov. 20 when election results must be certified. However, the state wants counties to have the recount done by Wednesday.

The audit is happening because of a new state law that requires an audit for the first time this year. The Secretary of State picked this election for it.

You may have noticed the word 'audit' was just used instead of 'recount.' Election officials in Georgia say this is actually not an official recount.

Audits are routine and more about double-checking that the way they counted ballots in the election worked. A recount comes after results are certified and would be done the same way as the election, using machines instead of counting by hand.

This audit is called a risk-limiting audit. They usually start with a sample of ballots then that sample size gets larger depending on discrepancies found.

But folks recounting ballots in Georgia don't get out of it that easy. Georgia elections officials say they'll be going past that sample pool and counting every ballot again.

Elections experts say it's unlikely the recount will change the outcome of the election in Georgia, but that some discrepancies are expected.

The Georgia secretary of state’s office says we should expect voting tallies to be a little different this time around. That's because for the election they used machines and now it's people counting.

This is how they're going to certify this election. People will be watching the counting, but they will not be allowed to challenge ballots.

Georgia elections officials say they'll only announce results after the recount is done.

RELATED: Joe Biden wins Arizona with too few outstanding ballots for Trump to catch up