Florida School for the Deaf and the Blind releases opening plans, no virtual option

Administrator of Instructional Services Tracie Snow says families who don't feel safe returning to the classroom will have to enroll in their local school districts. 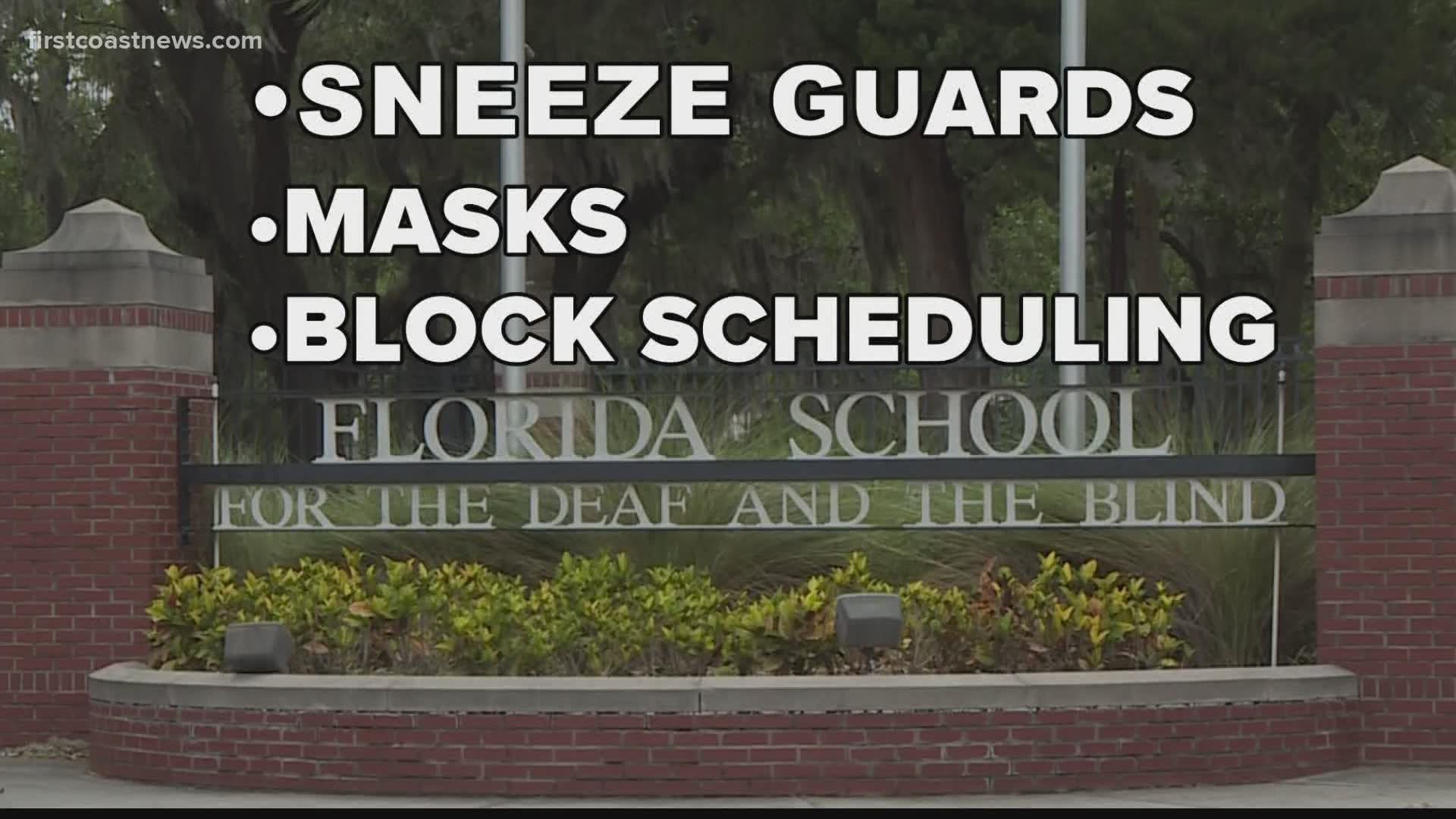 It's a year for redefining what schools look like and that's no different for the Florida School for the Deaf and the Blind in St. Augustine.

The school released its reopening plan Tuesday, planning to be open every day without a virtual option.

Tracie Snow, Administrator of Instructional Services, says distance learning  went well overall in the spring and they'll go back to it if the school is forced to close. Snow says families who don't feel safe returning to the classroom will have to enroll in their local school districts, though they can re-enroll at FSDB.

"That is probably the most heartbreaking thing about all of this is that not all of our students are gonna be here on the first day," Snow said. "We love our students, we really, really do, but we also respect the choice of parents."

Snow's son will be returning to the school but some of the more than 550 students from across the state are not expected to. Snow says students would have to enroll with their local school district in order to do virtual learning and they would be able to transfer back to FSDB.

"Attending the Florida virtual school, which is the statewide virtual option," Snow listed as an option. "Or if their school has a franchise for virtual school. FSDB does not have a franchise so that was not something that we were able to offer."

There will be sneeze guards and partitions installed, masks will be required where social distancing isn't possible, and there will be block scheduling for some grades.

Students were given their own devices to use for distance learning in the spring. Those with visual impairments used devices with braille that hook up to computers. Each student will still use their own devices in their classrooms.

As for masks, Snow says some people use masks with a clear part for lip reading, but they are not something the school is planning to use as a whole. She says they may look into it if it's brought up.

Luther says they have staffing plans in place to cover absences if a teacher testes positive for the coronavirus.

Florida School for the Deaf and the Blind releases opening plans, no virtual option: The administrator of instructional services says families who don't feel safe returning to the classroom will have to enroll in their local school districts. pic.twitter.com/HL2TtM4aCp

RELATED STORIES: LIST 🏫 What we know about these First Coast counties' plans for back-to-school

Distance learning a bigger challenge for students who are blind, deaf during COVID-19 pandemic