Sgt. Bradley Thomas served in the U.S. Marines. He was injured by a roadside bomb in 2011. 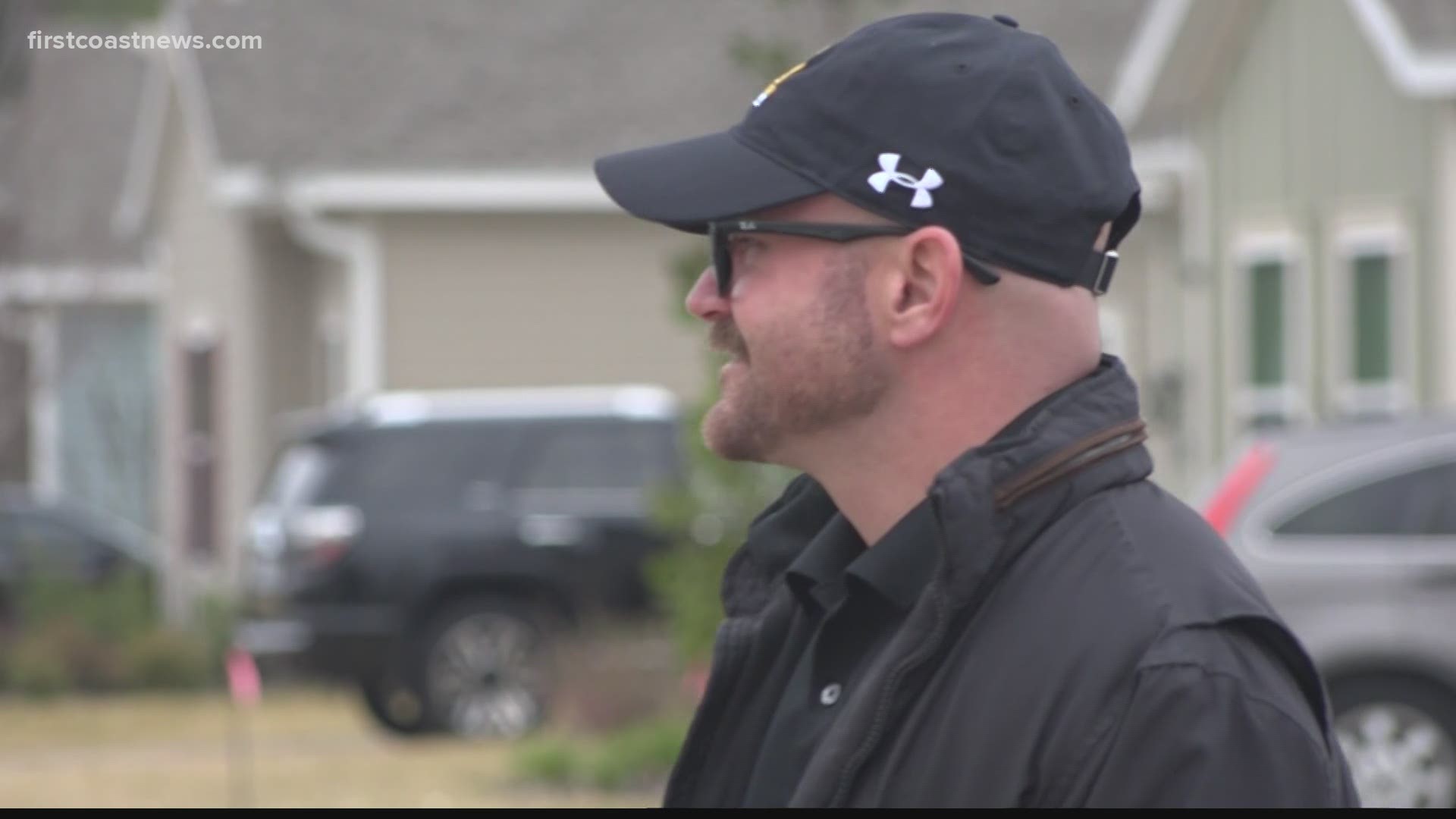 FERNANDINA BEACH, Fla. — A decorated military veteran is getting recognition for his eight years of service.

U.S. Marine Sergeant Bradley Thomas is getting a brand new home for free as a thank you by Operation Finally Home and Lennar Homes.

Like many veterans, Thomas struggled after the military dealing with his physical and mental injuries. This home is his new safe place for himself and his family.

Thomas was inspired by his father to join the Marines in 2007.

“I always loved the action behind my dad," Thomas said. "He was always a man of action. [...] I saw what it did for him and I said I want to be a part of that.”

Thomas wanted to make it his career.  Four years in, he was injured by a roadside bomb.

“I was in a truck. Big boom," Thomas said. "Truck went up truck went down. I don’t remember much about it honestly.”

Only on #GMJ: Sgt. Bradley Thomas is a @USMC. He was injured by a roadside bomb 4 years into his service. He persevered 4 more years until his injuries forced him to medically retire. It wasn't easy returning home in 2015. 6 years later, he's finally coming home... pic.twitter.com/KhLZELaVS5

He humbly describes the moment that changed his life. Thomas medically retired four years later unable to do what he used to. He came home struggling with more than his physical injuries.

When he returned home, he struggled with PTSD. He was also going through a divorce and figuring out how to take care of himself and his family financially now.

Thomas ended up getting a job helping other veterans. He now works at Wounded Warrior Project.

He got married. He started saving money hoping to provide a home for his family one day thinking it would take years.

In November, Operation Finally Home broke the news to Thomas. He and his family would receive a custom home in Fernandina Beach at the start of the new year.

Just a day before move-in day, it marked 10 years since the bombing. Thomas said he went sky diving on the anniversary and looked down and saw his new home in the distance.

Thomas says this gift will change his life allowing him more time and money to put into the community and other veterans who need his guidance. He says this will also allow him to focus on his nonprofit which also helps veterans.

Every detail is in place and everything in here has been donated just so this veteran and his family can have a home.

“Its just amazing to see the weight that is lifted off these veterans and his family’s shoulders knowing that the community partners like Lennar and others that come together to provide these homes to lift that financial burden off of them," said Rusty Carroll, Executive Director of Operation Finally Home.

In one room of the house hangs an American flag. It is framed with signatures all around it from people who were involved in all aspects of this project thanking Thomas for his service.

Thomas walked in saying "holy cow", but this stopped him in his tracks. He took a second with his wife to take it in.

January 11, 2021 marked 10 years to the day since the bombing that changed his life. He medically retired from the U.S. Marine Corps in 2015, but today he is finally home.

VET GETS MORTGAGE-FREE HOME: 10 years after he was injured during a roadside bombing while serving overseas, Sgt. Bradley Thomas & his family have been gifted a home by @OpFINALLYHOME. In the home is an American flag signed by the people involved in building this home for them. pic.twitter.com/19wVROKbJf