Buc-ee's, a Texas-based gas station and convenience store, opened their first Florida location on February 22 after several years of build up. 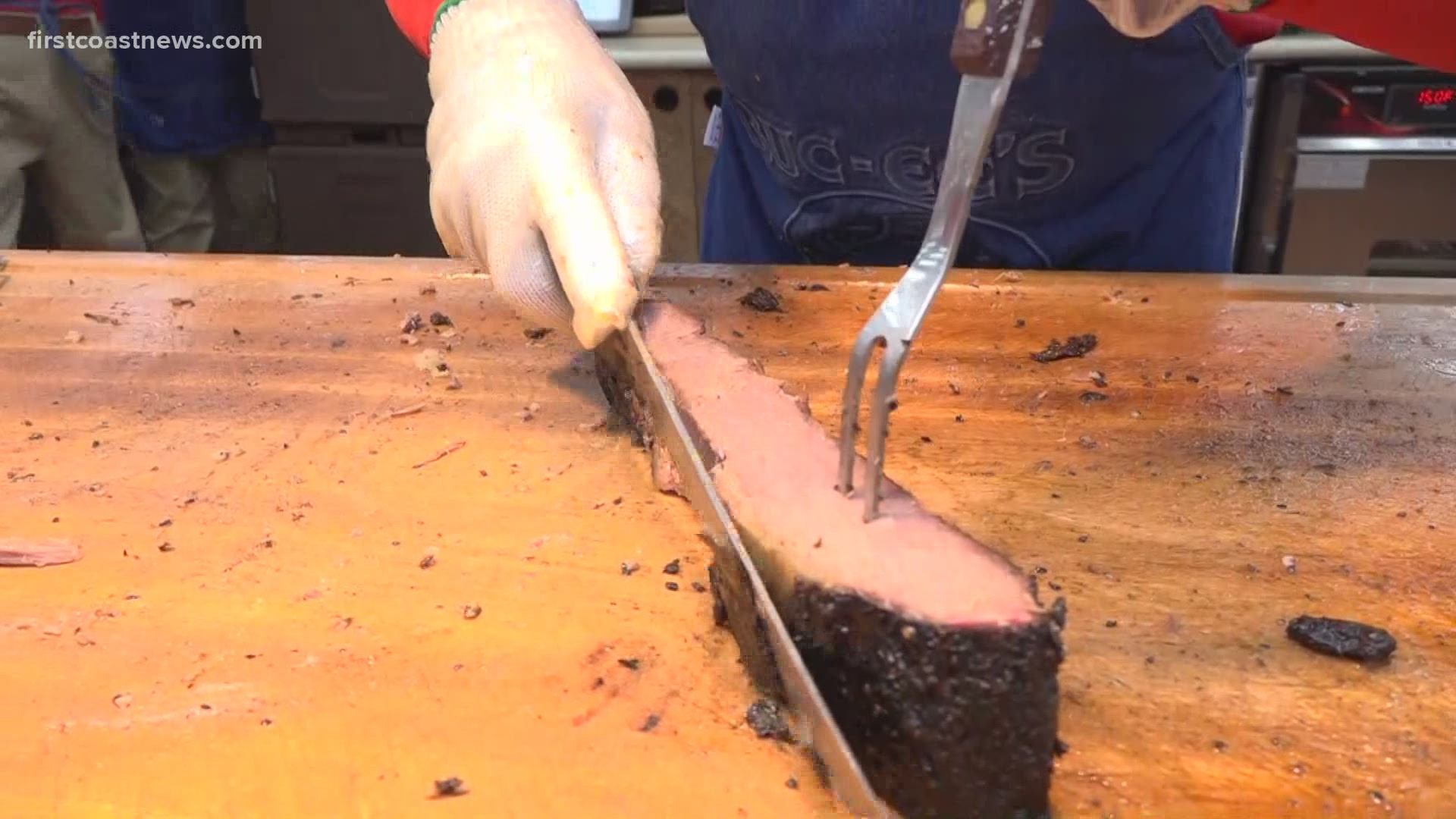 The Texas chain Buc-ee's is bringing the saying "everything is bigger in Texas" to the First Coast.

The new location in St. Johns County near World Golf Village is the first Buc-ee’s in the state. It’s known for the odd combination of a gas station and a specialty food store, specifically the beef jerky and brisket made in house!

While the county was not involved in this project, Deputy County Administrator Joy Andrews says this is symbolic for the county.

"It’s really kind of almost a statement piece that St. Johns County is now, through a free market analysis, that it’s a destination where you’ll have the kind of volume that some businesses like Buc-ees would place a large facility," Andrews said.

Check out the first Florida Buc-ee’s! 52,000+ square feet with speciality items like kolaches, house made beef jerky & brisket. Get an inside look on #GMJ. pic.twitter.com/q7JYeA57Mj

While some critics see this as bringing too much traffic to the area, others see it as meeting the growing needs of this part of town. Andrews says more pumps means more gas tax for the county.

At one point in time, residents of World Golf Village created a petition against this development. Residents say they were concerned about what kind of developments this store would bring to the area.

Andrews explains stores like this follow growth in populations and she thinks there is more to come.

“That whole area is really undergoing a tremendous opportunity for visioning and revisioning to really decide what we want to grow up to be," Andrews said.

The second Buc-ee's location in Florida is opening in Daytona later this year.