On Tuesday at 6:30 p.m. there is a panel discussion on how to stop Asian hate at Art See and Shop at Town Center in Jacksonville. 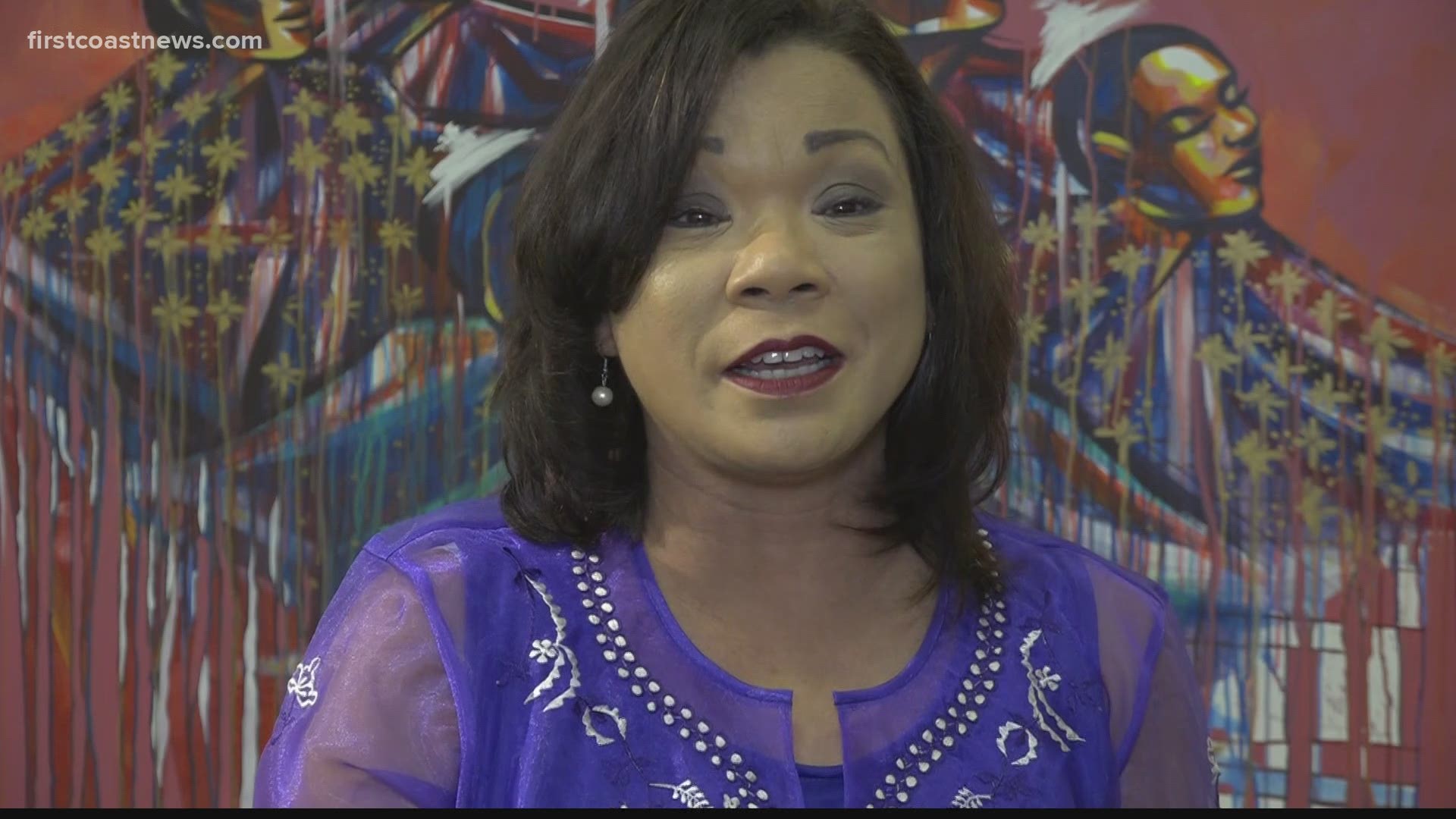 It's been two months since cries to "stop Asian hate" erupted. Now is your chance to continue spreading that message in our city.

On Tuesday at 6:30 p.m. there's a panel discussion on how to stop Asian hate at Art See and Shop at Town Center in Jacksonville. On Thursday an exhibit featuring Asian artists opens there at 6 p.m.

Then on Saturday from 4 p.m. to 6 p.m. at the J.B. Coxwell Amphitheater at the University of North Florida, hear from a panel of 12 different community group leaders and city council members.

"Art is a wonderful expression of our culture and if we didn't have art then a lot of our culture would be lost," said Sharol Noblejas, chair of the Mayor's Asian American Advisory Board.

"What I have noticed is the resurgence of people wanting to show their Asian heritage," Noblejas said. "People want to talk about it more. Some of the corporate groups have formed groups. Baptist just formed an Asian group."

Anti‐Asian hate crimes increased almost 165 percent in the first quarter of this year compared to the same period last year, according to a new study by California State University San Bernardino.

"We know it exists because Asians don't report," Noblejas said. "We're encouraging Asians to report if they have hate or discrimination and that way we can track it and then make sure something gets done about it."

Since the shootings in Atlanta that killed eight people, six of them Asian women, Jacksonville Sheriff's Office records show two incidents of harassment against Asian people have been reported, both involving neighbors.

The AAPI Heritage Month events involve talking about how to stop Asian hate and also celebrate Asian culture in the community.

"I wanted our art and our artists in our Asian community to be displayed within the city," said Noblejas. "Hopefully this is the start of something wonderful that will occur in the city of Jacksonville."

Noblejas is partnering with Diana Donovan, the executive director of the Cultural Council of Greater Jacksonville. They're both excited about teaming up to celebrate Jacksonville's Asian community.

"It really highlights the opportunity to gather here and celebrate what it means to walk in your culture," said Donovan. "What it means to help others enjoy and come in and bring community and then just the humanity that connects us all."

It's #AAPIHeritageMonth and there are events happening this week to celebrate Asian culture and #StopAsianHate!

Turn on #GMJ now to hear from people passionate about this (and see some beautiful art). @MoreArtCulture pic.twitter.com/JgUG8ZJLZH