The Jacksonville Environmental Protection Board was given a presentation from a so-called environmental intelligence advisor Envirosuite. 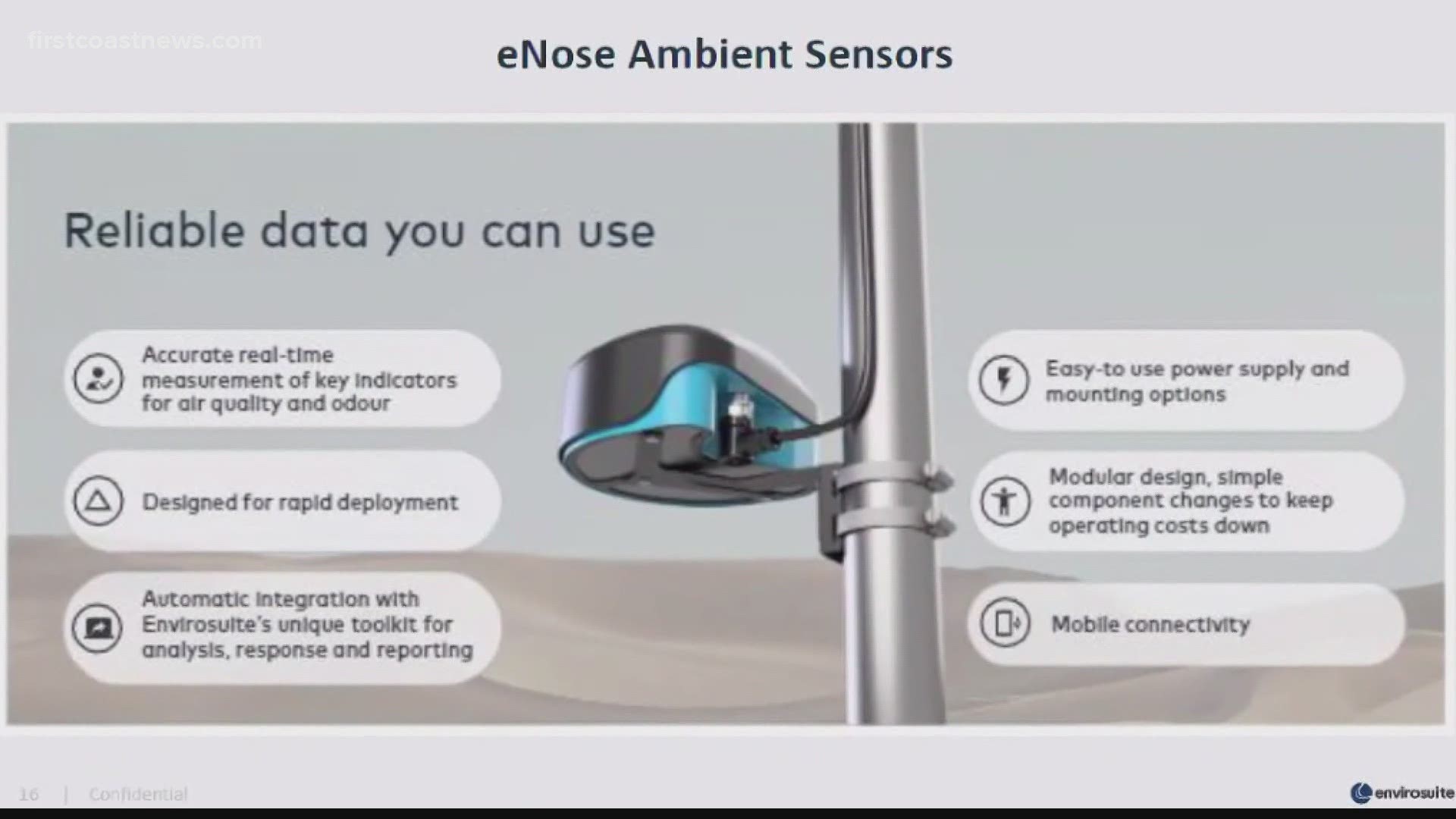 There's a possible new solution to finding the source of an odor plaguing the Murray Hill area.

On Monday the Jacksonville Environmental Protection Board was given a presentation from a so-called environmental intelligence advisor Envirosuite.

Envirosuite representatives say they can pinpoint the source of the smell using technology like sensors that collect data 24/7. They say they're doing a similar study in Denver.

The ability to get data on the odor all the time is where progress is held up now.

“The important thing that's really not happened to this point is the investigators have not been able to, by no fault of their own, to actually trace the source of the chemical smell in most cases," said Josh Gellers with the Murray Hill Preservation Association. "If we aren't allowing those workers, investigators, to go out and examine these instances outside of working hours, we need another way to trace that and that's what this kind of technology does. “

Gellers hopes the Jacksonville Environmental Protection Board gets help from Envirosuite. Their year-long study would cost up to $80 thousand.

In five and a half months from August to mid-January, the city of Jacksonville received more than 700 complaints about the odor. Many believe is coming from International Flavors and Fragrances, a fragrance factory on Lane Avenue.

IFF faces a lawsuit filed by residents alleging the odor is destroying their quality of life. The city of Jacksonville issued a cease-and-desist order against IFF in December. In the past, IFF has denied any connection between its factory and the odor.

Gellers describes the odor as being inside of a Pine-Sol bottle.

"My wife was instantly nauseous, had sort of a burning sensation on her face," he said. "People who have asthma have talked about a resurgence of their asthma condition, nausea, headaches, shortness of breath, dizziness."

Gellers knows people are anxious for faster results than the year-long study but says the price tag was better than he'd expected.

The board did not come to a decision about the study but is expected to talk about it more at their board meeting in March. Councilmember Randy DeFoor's office is expected to have a meeting with key players this week of March 11.