Endometriosis is a life-altering disease that can lead to depression, job loss and infertility. 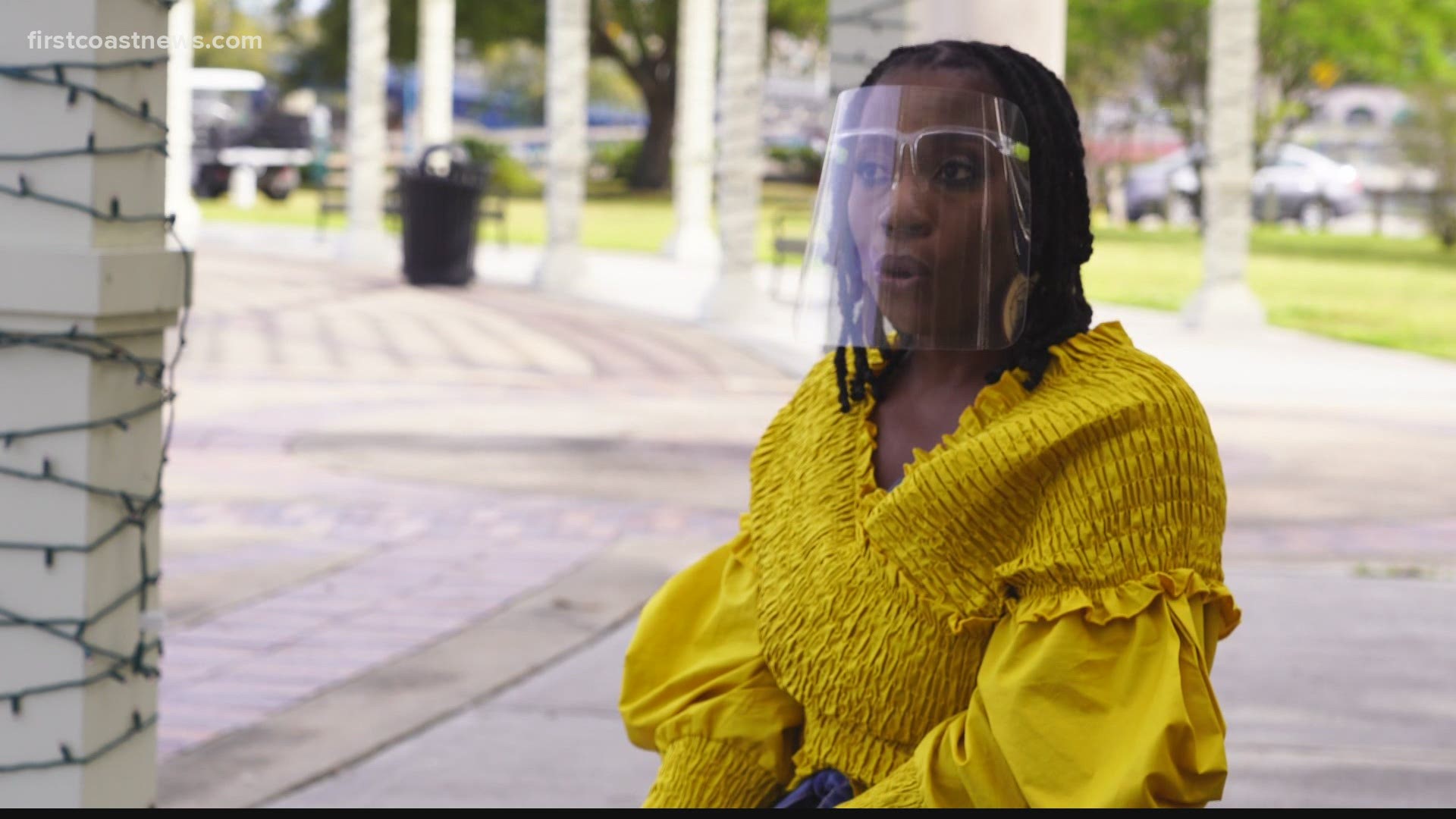 JACKSONVILLE, Fla. — There are certain women's health issues that people just don't seem to talk about. Endometriosis is one of them.

It's a painful condition in which tissue that forms the lining of a woman's uterus grows outside of it, and it can lead to infertility. March is Endometriosis Awareness Month, and Good Morning Jacksonville is recognizing this chronic disease that affects roughly 6.5 million women in the United States.

Jacksonville native Tamara Carter is leading a charge by encouraging women to speak up about their pain and educating them about their options.

Sitting in front of Friendship Fountain, Carter reminisces about the time she's spent at the Jacksonville landmark as a child.

"I love Jacksonville and my parents would always bring me to this park as a little girl and take pictures," Carter said. "Of course that's something I would want to share with my child."

Carter doesn't have any children. She's 45 and suffers with endometriosis.

"Certain times of the month I can't walk," Carter explains.

Tissue that normally lines the uterus, in Carter's case, grows outside of it, causing life-altering pain.

"I went to the doctor to talk and I remember they often said that endometriosis will probably play a part in me being able to get pregnant later on," Cater said.

By 2016 she realized In Vitro Fertilization would be her best option. Carter and her partner underwent the complex series of procedures to assist with conception.

More than 7 million people in the United States are affected by fertility issues. Black women are twice as likely as white women to experience these issues, but experts say they're far less likely to seek treatment.

So she's now helping to spark the conversation and provide support in the city she loves. Carter is starting the 16th chapter of a national nonprofit called Fertility for Colored Girls.

Fertility for Colored Girls
Infertility affects at least 12% of all women up to age 44, and research suggests Black women are twice as likely to experience infertility as white women. Yet only 8% of Black women between the ages of 25-44 seek medical help to get pregnant, compared to 15% of white women.

"I know the things I was missing when I went through the process, and I feel like no one should have to wing it or don't really know all of their options," Carter explained.

Understanding that her hurt can help to heal, Carter worries less about the future and enjoys knowing there are still possibilities ahead.

"I have faith, I have hope and I have prayer," Carter said.

She believes more needs to be done on the state and federal level to help women battling endometriosis.

The disease affects both your body and mind. It can lead to depression and job loss.

Fertility for Colored Girls' Jacksonville chapter will launch with a virtual event on June 12.

Registration information can be found on the group's Facebook page.