En Garde! Fencing growing in popularity with adults in Jacksonville

Now if you’re asking yourself, am I too old to learn? A local coach will tell you- absolutely not. 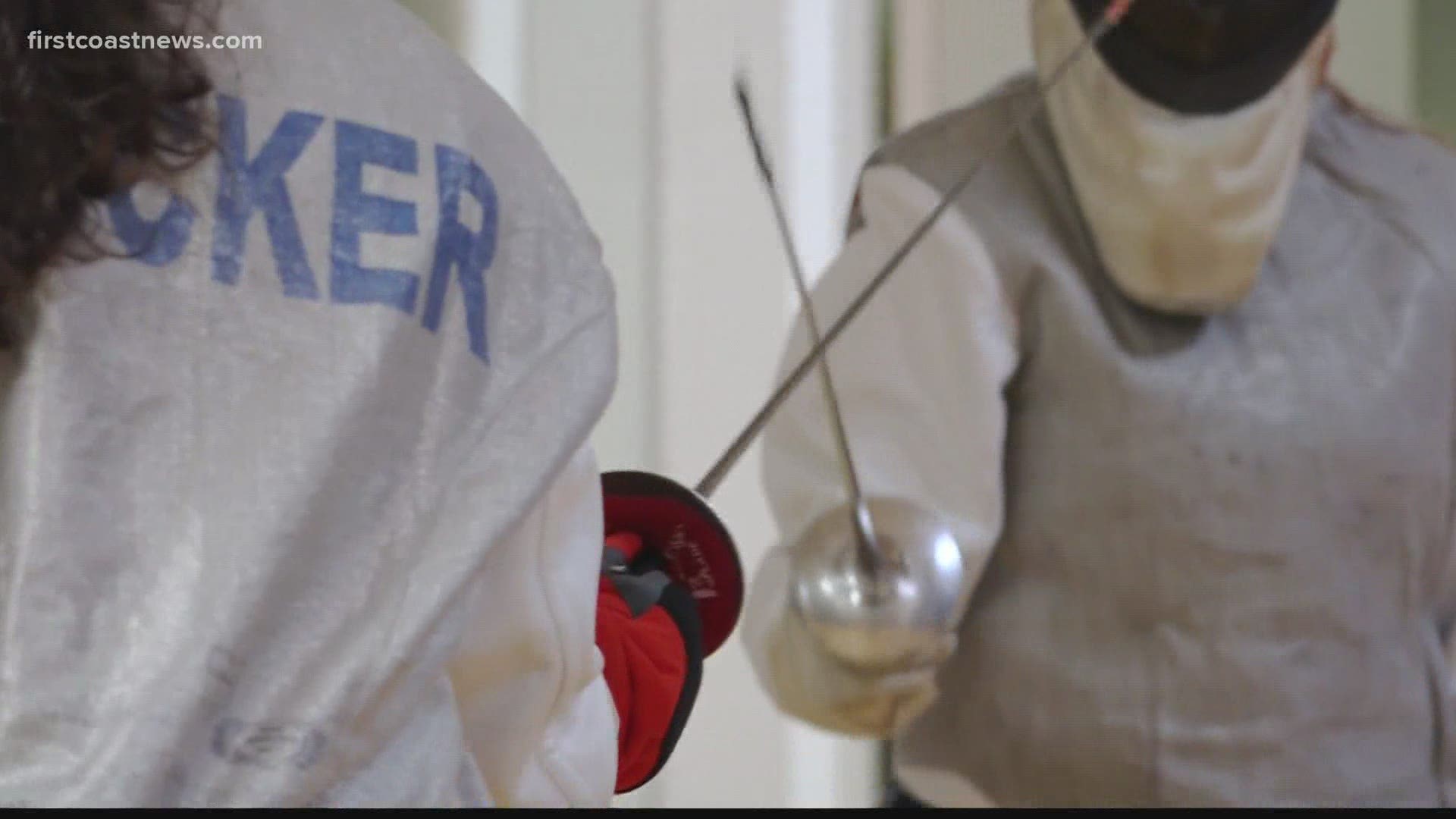 JACKSONVILLE, Fla. — As a kid, there was nothing better than a pretend sword fight. There is something about watching the sport of fencing that brings back that excitement.

Which is probably why it is a popular sport for Olympic audiences.

Now if you’re asking yourself, am I too old to learn? A local coach will tell you- absolutely not.

"Growing up, I always wanted to be the swashbuckler on TV… it isn’t quite like that, but the idea is the same," tells fencing coach William Becker.

Becker is a four-time veteran world championship medalist, as well as a 12-time national champion.  He teaches fencing classes at the Jewish Community Alliance in Jacksonville.  He says fencing is a sport for all ages

"I mean they have a world championship for those who are 70-plus," tells Becker.

One of his students, Tracy Miller, did her first tournament when she was 38.

"Fencing is not a sport about strength or age, you can fence in a wheelchair. In fact, there is competitive wheelchair fencing," she says.

Fencing isn't about hitting hard, it's about outsmarting your competitor- like a game of human chess.

"You are trying to get them to do what you want them to do and they are make you do what they want you to do and it is whoever does a better part of that wins," says Becker.

In addition to keeping your mind active, Becker says it is good for footwork and agility, plus you’ll meet new people.  Miller says the classes become like a 'fencing family'.

So if you’ve been on the fence about trying it, Miller says to go for it.

"Absolutely, give it a shot. What have you got to lose?" she says.

If you want to try out fencing, Becker and the class at the JCA have equipment you can use while you learn.  Just reach out to the Jewish Community Alliance to get set up with the class, at 904-730-2100.