January 1 marked the start of the half-cent sales tax in Duval and Clay Counties. 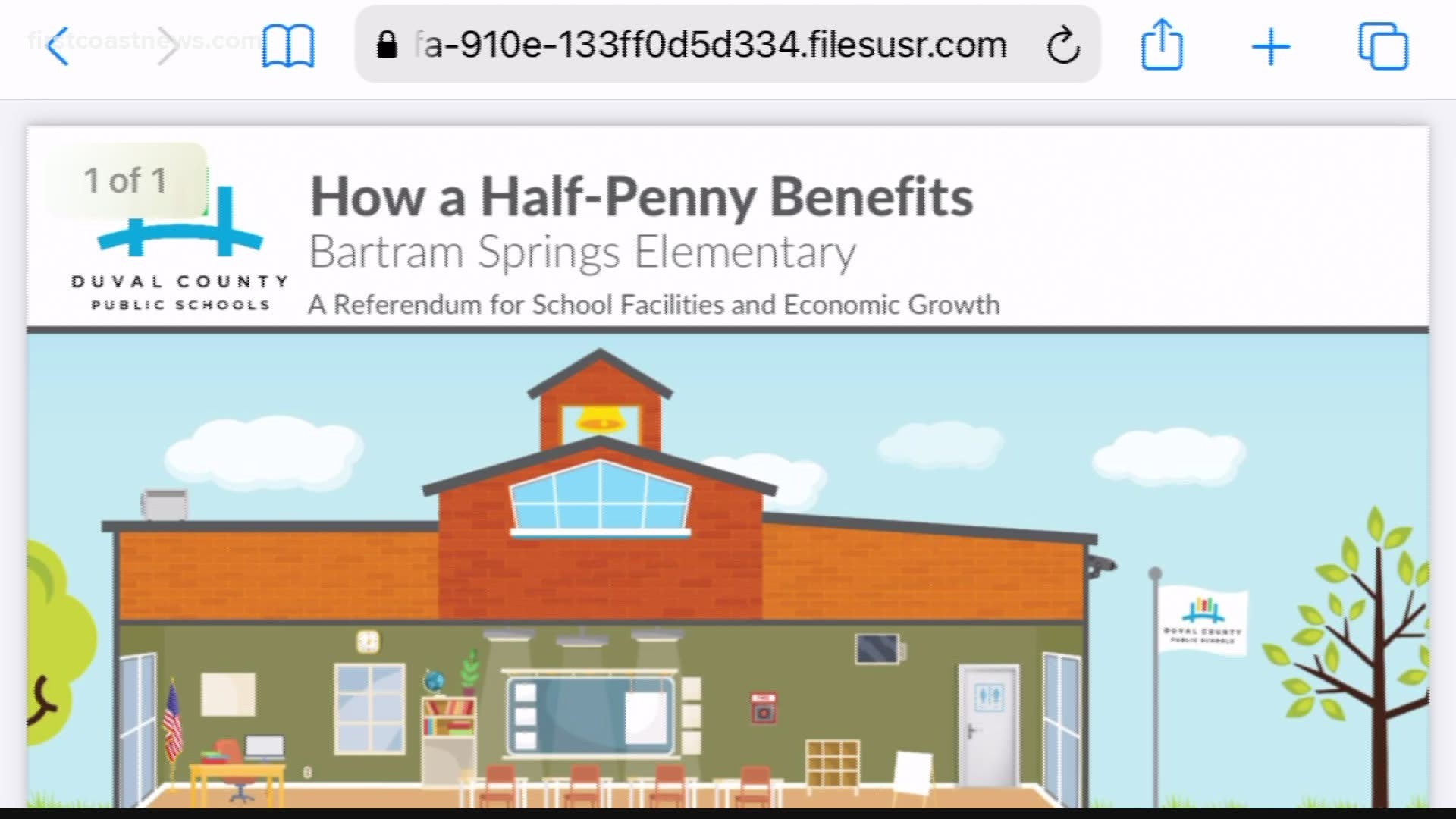 JACKSONVILLE, Fla — A few extra pennies is going to add up to millions, possibly billions. The half-cent sales tax has begun collecting revenue in Duval and Clay Counties. The money generated will go back to the school districts.

Schools are going to be restored, renovated and even rebuilt. It all depends on the school's age and what all needs to be done. While the sales tax means pennies on a coffee order, it’ll end up touching every school in the district.

Click here for Duval schools. Every school in Duval County is listed. Click on your school to get a break down of the master plan. The district is expecting the tax to generate about $2 billion in 15 years.

Click here for Clay schools.  They have the school project listed by each school. Clay County School District is expecting their half-cent sales tax to generate around 400 million over 30 years.

Starting January 1: When you spend money in Clay & Duval Counties, you are most likely giving money to local school districts. The half-cent sales tax adds a few extra pennies on coffee orders and maybe a few more dollars on larger ticket items.

Both superintendents say their first priority will be security and safety at their schools.

Over the course of the Duval tax's 15-year life, the average consumer can expect to spend an extra $6 dollar on this tax. That could add up to more than $1,000 contributed to school infrastructure over the tax's lifespan.

The half-cent sales tax adds half a penny per dollar on retail items so most things at your grocery store and your prescription drugs are exempt.