Many cancelled summer events were meant to fundraise for nonprofits, but now organizations are hurting without their biggest money makers. 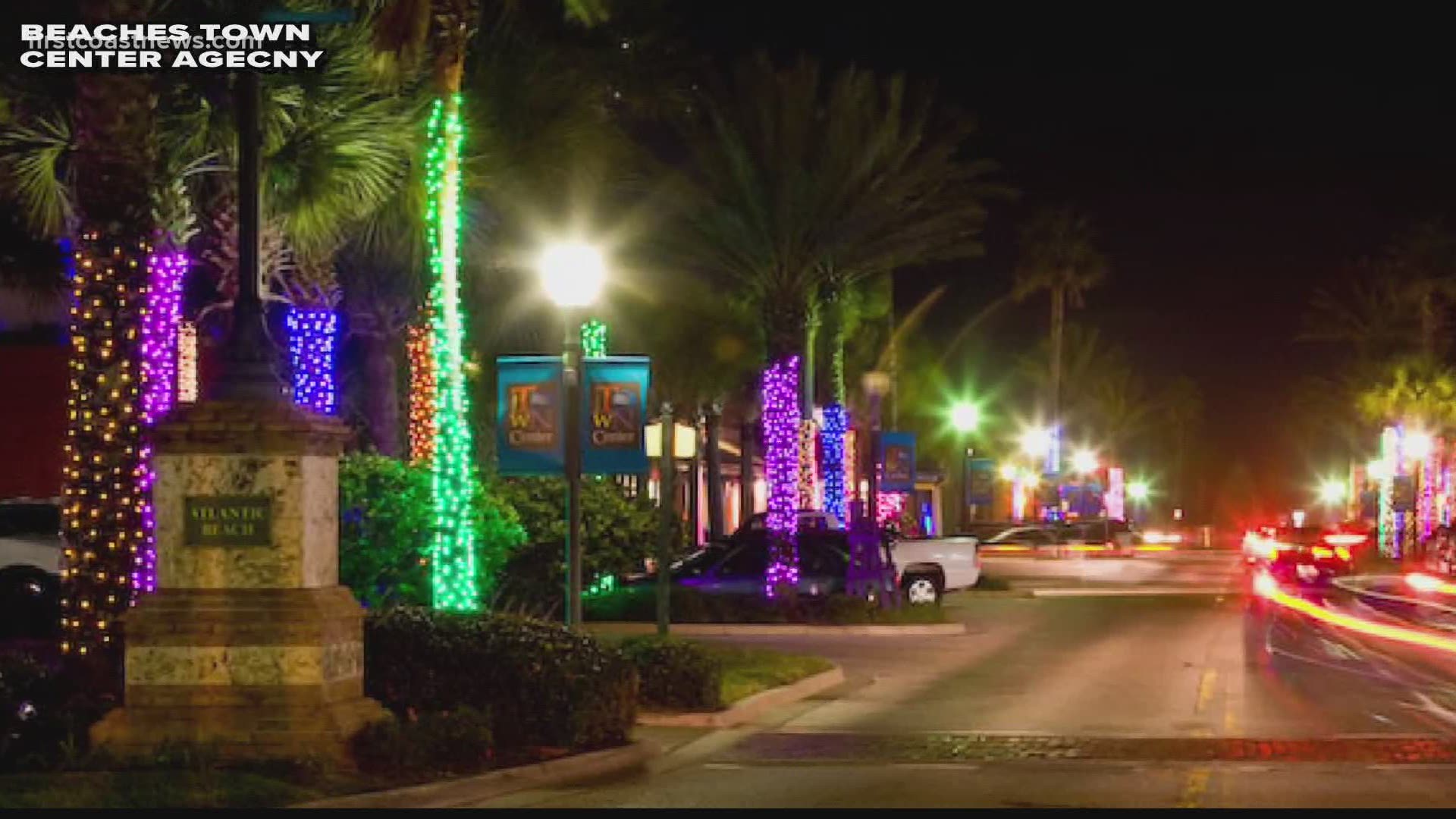 JACKSONVILLE, Fla. — Could COVID-19 cancel a favorite holiday tradition? Many canceled summer events were meant to raise money for nonprofits and other organizations that host many of the First Coast events we've come to know and love.

At the Beaches Town Center 200 palm trees are lit up every holiday season, but without the money this year they could be left in the dark.

"It's one of the best things about the Town Center in the holiday time," said Julie Weber, the president of the Beaches Town Center Merchant's Association.

Last Saturday would have been the 34th annual Dancin' in the Streets, which Weber says usually brings 10 thousand people and raises money to light up the trees.

To keep the holiday tradition alive the Beaches Town Center Agency is asking for support with an Adopt a Tree program, which costs $175.

A beachy Christmas on hold is just one example of the ripple effect of canceled events. The Isle of Eight Flags Shrimp Festival had to be canceled at the beginning of May, leaving dozens of nonprofits without the cash they depend on.

"That's gonna take a big chunk out of everybody," said the festival chairman, Harry Harrison. "We just don't have the funds to do it."

Harrison says people in his community depend on the $120 thousand usually raised by the festival. It's the biggest source of funding for many nonprofits.

Money was also missed which is usually given to community resources.

"We donate throughout the year to Salvation Army," Harrison said. "A lot of places donate at Christmas but we try to donate in between because they also need something other months of the year."

But keeping with that Christmas spirit of hope and charity, Harrison says the shrimp festival is planned for next year.

"There's no way that we're giving up," Harrison said. "We will be back."

At the Beaches Town Center, they hope to get support at their shops. Weber says they are taking every precaution against the coronavirus.

"We are open for business," Weber said. "Come be a part of the sense of spirit and community we have here."

Check to see if there will be a replacement for the event you were going to go to that got canceled.

Get involved with the Adopt a Tree program here.

RELATED: Curve in Context: Here's what the percent of positive COVID-19 cases look like in Florida, Georgia as of May 19

RELATED: You can meet and rescue a Jacksonville shelter pet through this Facebook group