Meet the first woman in the United States to lead an armed military operation in today's moment in Black History. 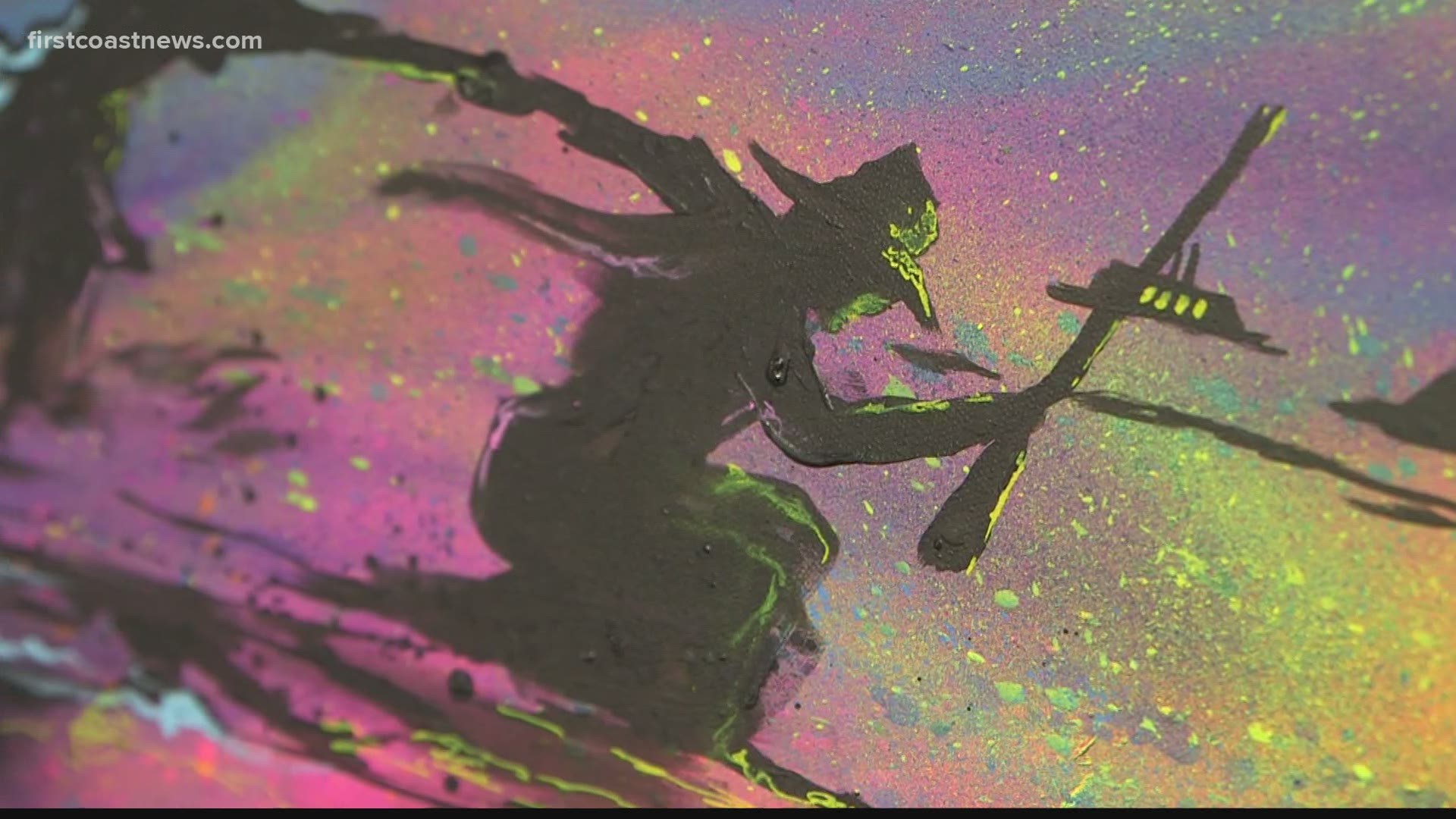 JACKSONVILLE, Fla —
Jacksonville artist, Mobarick Abdullah III captures the energy and motion of the Combahee River Raid of 1863 on canvas.

He paints the hectic scene as hundreds of enslaved people rush to boats seeking freedom.

Dr. Johnnetta Cole, President and National Chair of the National Council of Negro Women lends her powerful voice to a deserving account of history, sharing the story of the first woman in the United States to lead an armed military operation.

"A soldier and a spy standing on the side of the Union Army, armed,” Cole exclaimed while reading a passage reflecting on the raid.

“It's a sight never before seen. A woman at the head of battle. Harriet Tubman combines forces with abolitionist Colonel James Montgomery for a secret military mission in South Carolina. Their plan?- To rescue the enslaved. A raid along the Combahee River. Trusted, Tubman sends word to those enslaved in the area that the raid would happen the first night of June, 1863. 'Lincoln's gun-boats' had come to set them free. Three boats set out on the Combahee River. Day drifts into night and Tubman strategically guides 150 soldiers close to shore navigating around Confederate mines.

Anxious, frightened slaves await their freedom darting into the woods. A signal sparks a wave and woman can be seen running with twins hanging on their necks, baskets on their heads, bags squealing pigs and screaming chickens in hand. All rushing into the gunboats at once.

Calming the chaos- Tubman sings as people continue running to the shore and are hoisted onto boats filled with promise.

Leaving behind a Confederate military caught off guard smoke billows into the sky as plantations stripped by union soldiers, mansions and fields burn."

Of the 700 people who escaped slavery during the Combahee River Ferry Raid, about 100 joined the Union Army.

In the end, Tubman was recognized as a hero but she was not compensated for her service during the civil war. She died in 1913 at about 91 years old and was buried with full military honors.

Johnnetta Betsch Cole, Ph.D. is an author, anthropologist, educator and the President and National Chair of the National Council of Negro Women.

This is an excerpt from the NCNW's website about Cole and her many accomplishments:

"During her childhood, Johnnetta Betsch Cole had the privilege and joy of being mentored by Dr. Mary McLeod Bethune. As a lifetime member of the National Council of Negro Women (NCNW), she also had the honor of working with Dr. Dorothy Irene Height. Her passion for the work of NCNW is centered in her longstanding engagement in the struggle for social justice, a struggle that must include full equality for African American women. She is a member of Delta Sigma Theta Sorority, and she currently serves as a co-chair of the Sorority's National Arts and Letters Commission. She is also a member of the Links, Inc.
Dr. Cole is a Principal Consultant with Cook Ross, Inc., a consulting firm in Silver Spring, Maryland. She is a fellow of the American Anthropological Association and a member of the American Academy of Arts and Sciences. She is currently a Senior Consulting Fellow at the Andrew W. Mellon Foundation. Dr. Cole served as the president of both historically Black colleges for women in the United States--Spelman and Bennett Colleges-- a distinction she alone holds. She also served as Director of the Smithsonian National Museum of African Art. She has authored and edited several books and numerous articles for scholarly and general audiences. She has received numerous awards, including a NCNW Uncommon Height Award and 68 honorary degrees."

Mobarick Abullah III is a well-known Jacksonville artist with international acclaim who grew up in Pittsburg. He says he was mesmerized by the lights of the Steel City and “unfulfilled by its gray void.”

His work is eye-catching with its vivid colors capturing the energy of his subject.