"I just found out that there hasn’t been a café or restaurant in this area in over 15 years," said Crazy Beans Coffee manager Erika Cline. 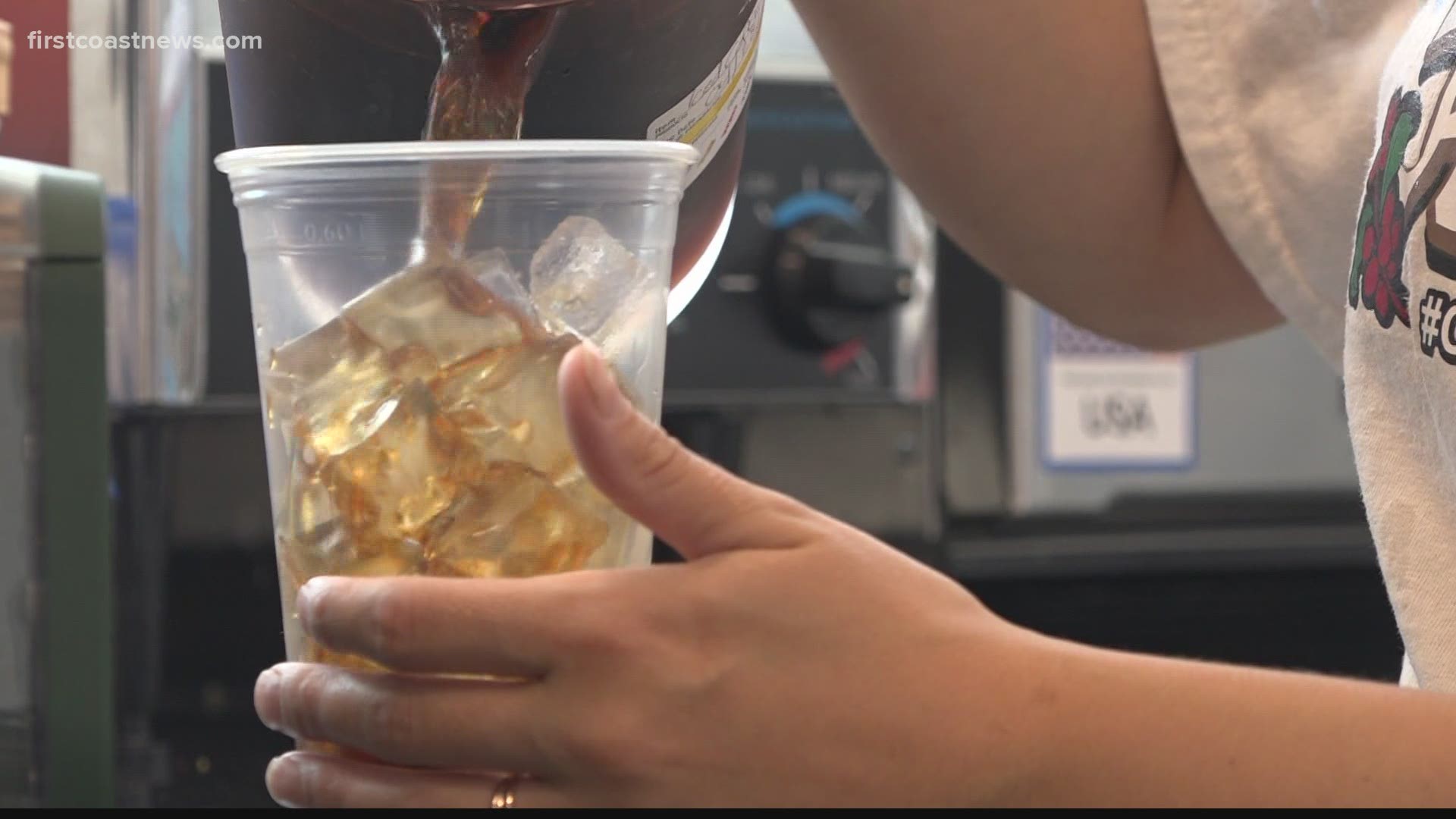 Sometimes it’s the small developments that can revitalize an area.

Crazy Beans Coffee is in Jacksonville Regional Transportation Center. It’s in an area of town where there aren’t any other coffee shops or retail stores to walk to.

"I just found out that there hasn’t been a café or restaurant in this area in over 15 years," said Crazy Beans Coffee manager Erika Cline. "I’m just excited we are breaking new ground after so many years.”

Cline worked at their first store in Fleming Island, which a much different location than where they are now. They opened in the LaVilla neighborhood of downtown Jacksonville at the beginning of April and business has been steady.

It helps that people are constantly coming and going at Jacksonville Regional Transportation Center.

“It makes for good business," said owner Herbert Bartley. "One of the things is with this particular area, is that the people are not building and then coming to you. They have the traffic inside the building and our clientele is able to be accommodated as such.”

It’s located inside the Jacksonville Regional Transportation Center. The owner tells me it’s a great business model... the busses bring the customers to them! The cafe has been busy since they opened at 5 a.m. @FCN2go pic.twitter.com/lXYI1J9ccY

Bartley says they came here for the people and the culture in the area. He says they want to cater to all people.

“I love coffee," said Bartley. "If I could drink it all day, I would. Six pump white chocolate mocha, whip cream with caramel drizzle, 4 shots stirred please.”

That’ll wake you up! Owner of Crazy Beans Coffee Herbert Bartley says they’re part of waking up this neighborhood.

Herbert Bartley owns the cafe with his brother Edgar Bartley. The culture and the demographics of the area brought the Bartley brothers here to LaVilla. You’ll find the convention center, new apartments, and shelters all in walking distance and all of the bus traffic.

City councilmember Reggie Gaffney says the café meets his vision for the district.

What’s the vision for this area? Gaffney, who represents this area, says there will soon be a park and new apartments across the street.

“This is part of putting 10,000 peoples downtown," Gaffney said. "You see real traffic at least 8-9 hours a day walking around here and that’s what we’ve been trying to create: A community.”

Gaffney’s district also include the Berkman Plaza building across from Jacksonville Sheriff's office in downtown that is being demolished. He says there are talks of putting a grocery store and pharmacy in that place which would be another amenity for those wanted to make roots in Downtown Jacksonville.