The Casey Cares Foundation is trying to collect 12,000 sets of pajamas in April critically ill children in hospitals. 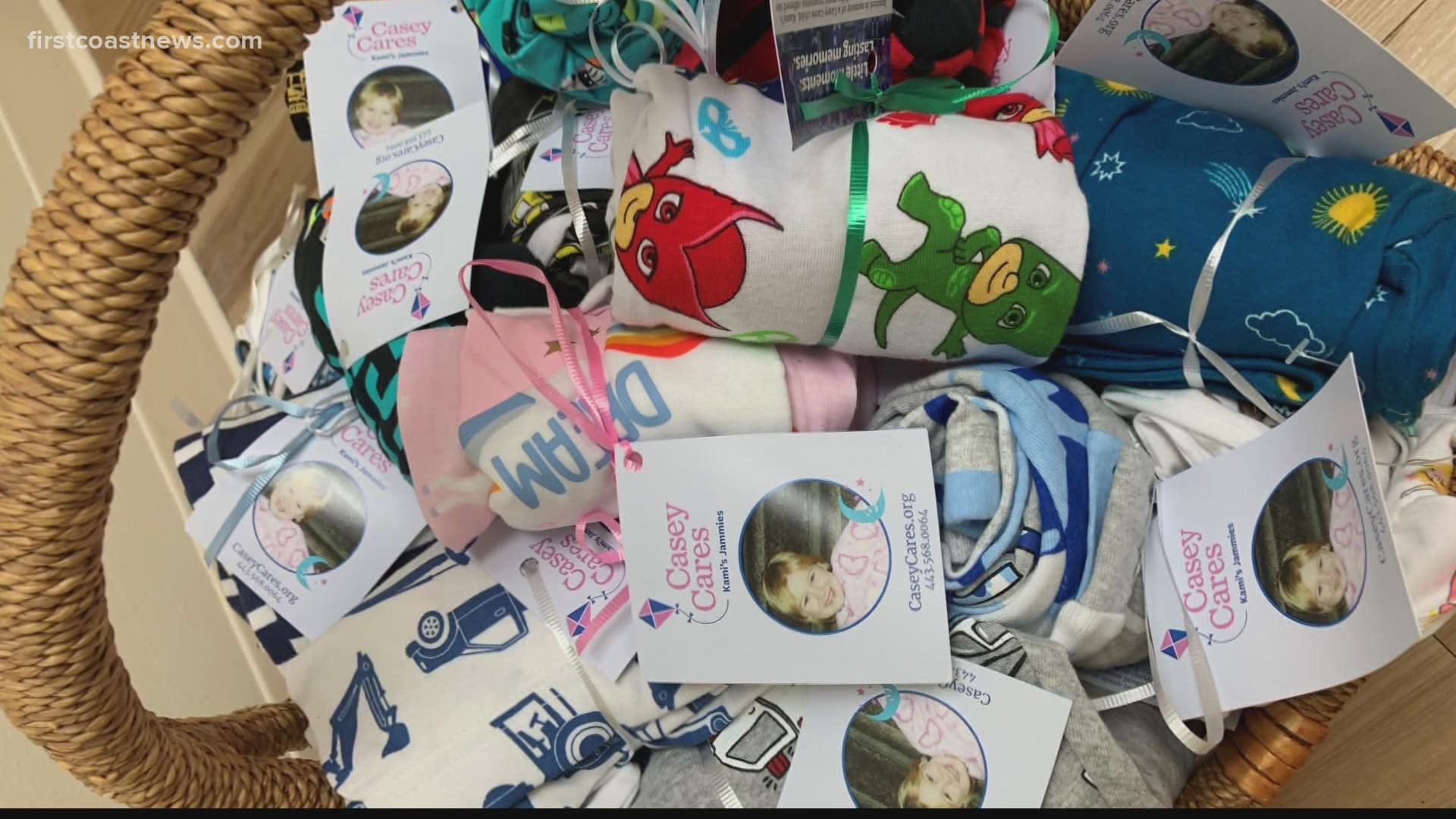 JACKSONVILLE, Fla — Being in the hospital is uncomfortable. We all know that feeling whether it’s a quick ER visit or long-term stay.

A nonprofit is hoping to make thousands of kids comfortable during their hospital stays and throw the biggest pajama party ever in the month of April.

The Casey Cares foundation has one goal for April: to collect 12,000 sets of pajamas. Casey Cares donates all of the PJs to families with critically ill children who are stuck in the hospital. They make sure the entire family gets a pair of PJs.

“We make sure these families that are battling for their lives still have fun," said Casey Baynes, founder. "A lot of time they have to cram a lifetime of memories into a few short years.”

They’re fighting battles that many adults have yet to face. Casey Cares takes care of them and tries to make them feel like the kids they are despite their surroundings.

Baynes says the PJ donation idea started with one of their first kids they helped.

“One of the little girls, Kami, in our programs loved to get dressed up and of course she had a battle herself of cancer,'" Baynes said. "So her dress-up version was in the hospital. She didn’t want to wear those hospital gowns. She wanted to be cute.”

Kami passed away, but she inspired Casey Cares to create the PJ program.

Have you heard of @CaseyCares?! It's an organization that helps critically ill kids in hospitals. In April, they need YOUR help throwing the biggest PJ party ever & collect 12,000 PJ donations. Learn more on #GMJ & donate below!https://t.co/HctqXPFKdu

They help kids across the country. In Jacksonville, the Yagci family says they were surprised with PJs.

The Yagci family immigrated from Turkey about three and a half years ago and found themselves at Wolfson Children’s Hospital. 6 months after they moved to America, their daughter Saadet was diagnosed with leukemia.

“We told her this is an illness and your hair will (be) gone, but then it will come back. You will be okay again," Nimet said.

Her daughter is in remission, but she will have regular visits to the hospital to make sure the cancer doesn't return.

For them, normalcy was found in a clean set of pajamas. Saadet is one of about 20,000 kids that Casey Cares sends pajamas to every year.

You can buy pajamas and send them to Casey Cares' office or buy through their Amazon Wishlist and the items will be sent directly to them. The organization distributes donations to families in need.