This isn't just about keeping cool, it's part of an effort to fix the county's school bus driver shortage. 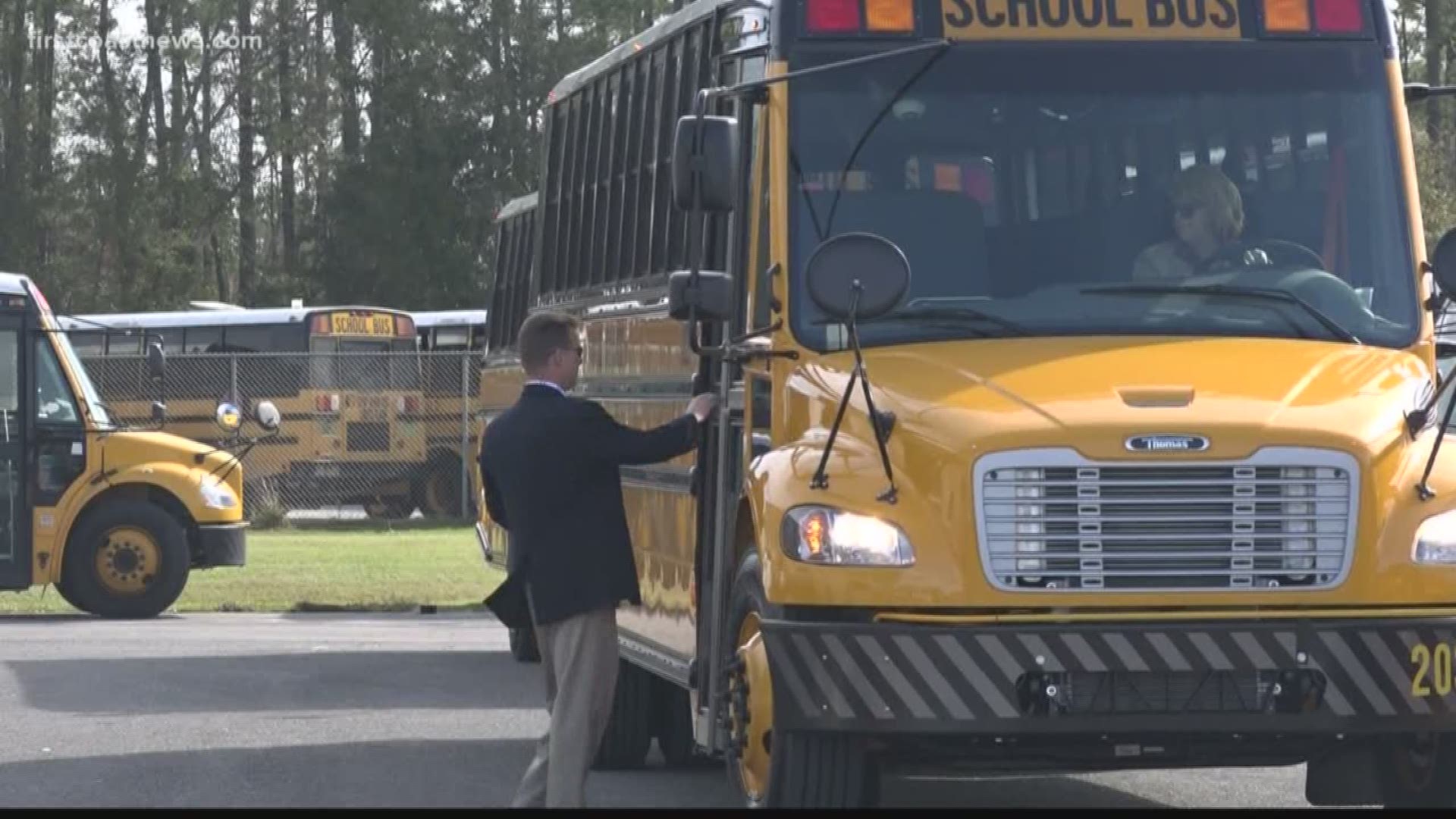 Taking the school bus in Clay County is getting a lot "cooler."

The district is replacing nearly half their school buses and school officials say the new busses will now have air conditioning. They will also have five cameras on board for added safety.

The district reports they now have one of the newest bus fleets in the state. It was a $10 million project over seven years.

The new air-conditioned buses are great for the kids but may be even better for the adults on them the longest.

"I was excited," said Rhonda Bowers, a school bus driver who took a break from driving and is now back. "I came back at the right time!"

That is what the district wants more people to say. They're short on school bus drivers and, the superintendent says, relying a lot on substitutes.

Getting A/C is part of an effort to fix the shortage of school bus drivers. The district also faces a crossing guard shortage and shortage of maintenance workers. The assistant superintendent of operations says it's no secret the aging schools need help, but their pay can't compete.

"The gap between what the school systems can pay and what market pays is really widening," said Michael Kemp, Clay County Schools assistant superintendent of operations.

They need those workers. The district's buses aren't the only things that could use an upgrade.

"Lot of our HVAC systems are old, lot of our plumbing's original," Kemp said. "We have schools that are approaching 100 years old and a lot of it's original. That has to be updated, that has to be addressed at some point."

He says they aren't letting things fall apart or be safety risks, but it does take longer to fix things.

"It's time to get Clay County Schools prepared for the next 50 years," Kemp said. "So when you take a look at what the issues are now with existing facilities, Cay County Schools is also growing. It's five to seven new schools in the next 10 years. That has nothing to do with our existing maintenance need."

Money for repairs could come from a half-cent sales tax if it passes the vote in November.

Kemp says Clay isn't the only county where a lack of maintenance staff is becoming a bigger problem. He's trying to get the conversation rolling to address it.