Firefighters, law enforcement officers and EMS personnel are enduring a grueling ride in honor of their fellow first responders who died on 9/11 and beyond. 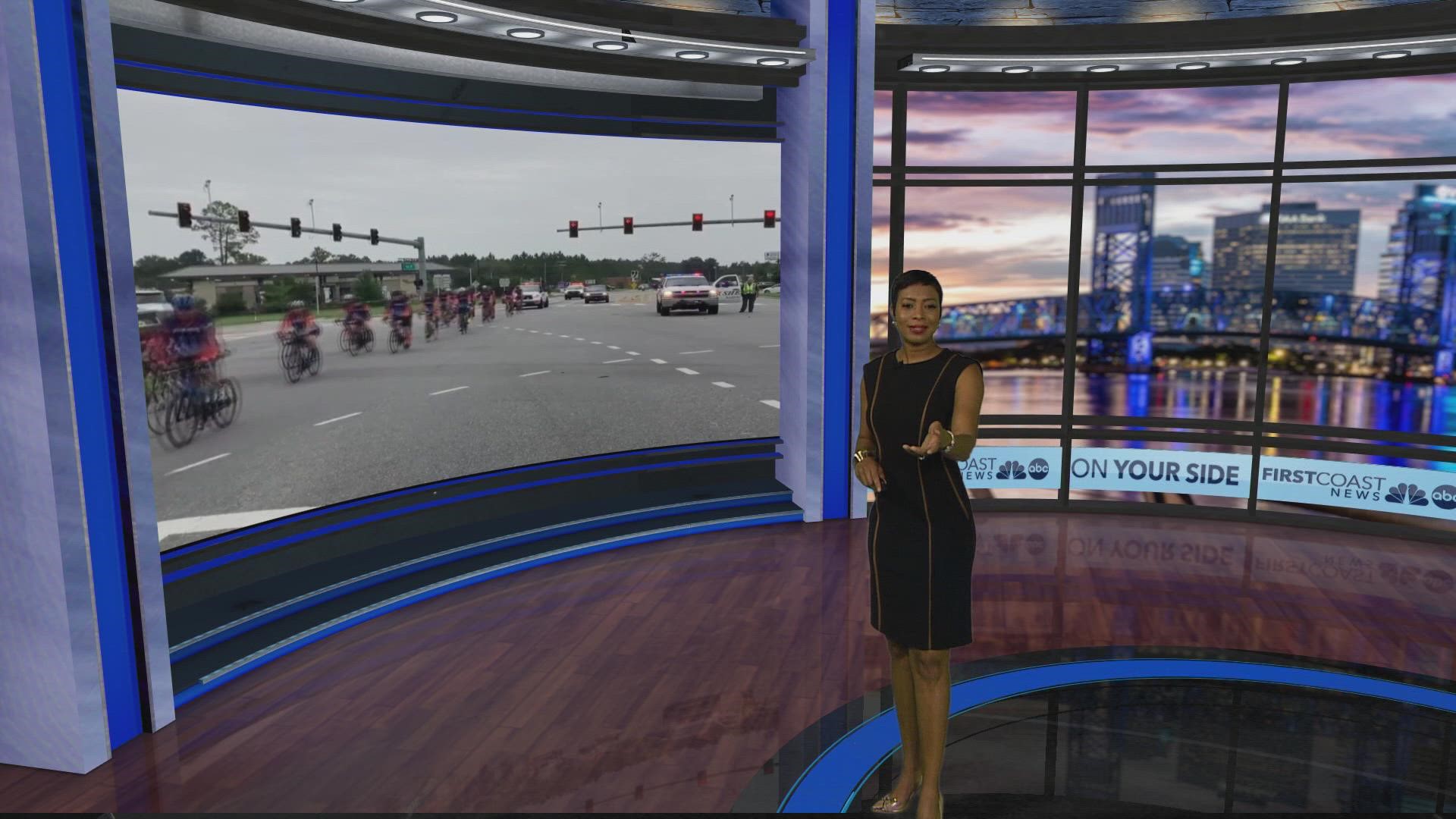 JACKSONVILLE, Fla. — A group of 40 first responders from across the country are cycling up the East Coast making their way to Ground Zero as the 20th anniversary of the 9/11 terror attacks approach.

Members of the Brotherhood Ride stopped in Jacksonville on Aug. 25, 2021.

Their trek began in Naples, Florida and will end on 9/11 as they pedal into New York City, traveling 1,700 miles. Founder of the Brotherhood Ride, Jeff Morse a battalion chief with the North Collier Fire Department says it's been a grueling ride but well worth the sacrifice.

"We're reminding everyone along the way that 911 was a big deal," Morse said. "First responders put their lives on the line to rescue people and unfortunately are still losing their lives today because of it."

Various Elks Lodges along the way have chipped in to make sure the crew is fed and has a place to sleep as they ride to the site in NYC where 343 Firefighters from the FDNY died on September 11, 2001.

Four planes were hijacked by terrorists, two of them ripped through the twin towers and one crumbled the World Trade Center, another hit the Pentagon. Nearly three thousand people were killed that day and 20 years later the loss continues.

"We weren't aware of the hazards at the time," Sheridan said. "We were more concerned about trying to find those that were surviving. We all have pulmonary problems and sinus problems. I myself had some melanoma on my neck. What we started noticing was a rise in cancer deaths."

The brotherhood of riders includes firefighters, law enforcement officers and EMS personnel. Each of them has a deeper understanding of the sacrifice necessary to protect and serve.

"Every line of duty death is tragic, and we're here for the families that are left behind," Morse said.

Morse founded the Brotherhood Ride in 2007. Since that time, through numerous fundraising efforts, he says they've hand delivered more than $600,000 dollars straight to first responders families that are left behind.

On 9/11 the group will begin their day with a wreath laying ceremony at a memorial wall at Fire Station Ten across from Ground Zero.

There, they'll also meet with family members of first responders who died as a result of the terror attacks.