On Friday, Women will drink martinis while male volunteers don handmade bras in a cancer fundraiser in St. Augustine. Here's how to help. 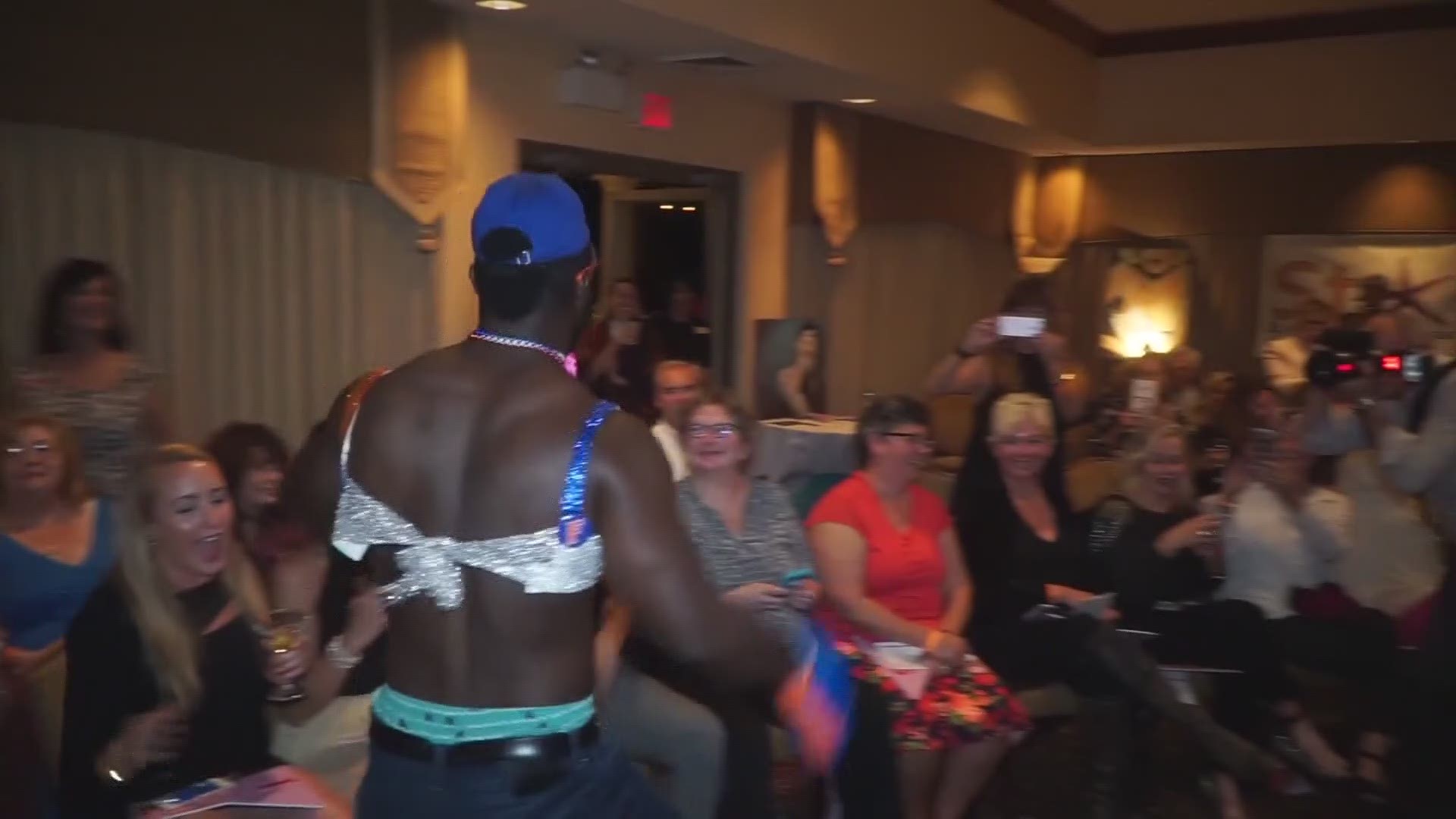 Raising money for the fight against cancer is a noble thing, no matter how you do it.  However, one group of ladies discovered that if you do it with a bit of flair, getting donations can be rewarding and fun.

Brace yourselves, because on Friday the 11th annual Bratini event is coming back to St. Augustine.

Diane Vespucci with Artbreakers is one of the minds that created the event.

"A girlfriend and I were sitting there and we came up with the idea of men wearing bras, and then we threw in some martinis for fun," Vespucci laughed. "So... Bratini!”

Vespucci says artists handmake intricate bras for men to wear, the models are given some liquid courage, and the women in the crowd go nuts.

“[The women] get very involved, they dance, they bid, they throw money," Vespucci said. "It’s a lot of fun.”

All of the money donated or thrown goes to people fighting cancer. Vespucci says they throw the event during October for breast cancer awareness month but help people with all types of cancer whether it be in the breasts or brain.

The cause is why Nicolas Rodriguez says he got involved. Friday will be his third time donning the bras.

“My wife encouraged me to do it," Rodriguez said. "It's kind of hard to get guys to volunteer to wear a bra and parade around a bunch of ladies who've had martinis.”

Rodriguez says he's actually pretty shy but feels it’s not about him.

“Feeling a little uncomfortable pales in comparison to losing a family member or what going through the treatment must be like,” Rodriguez said.

“One patient comes to mind, he couldn’t pay his rent," Vespucci said. "So we managed to pay his rent for two months. We pay mammogram fees, you know things that fall between the cracks.”

“It's just a great cause," said Andrew Sapin, who provides the music at the event.

Sapin says with such a fun atmosphere, it’s a win-win for everyone.

“It's cool to see there's different ways to give back," Sapin said. "From runs to shows to an event like this.”

Vespucci says the most they've made in a night reached $25,000. The ticket sales, the bra sales, and the auction all play into that. Vespucci says they divide the money and help as many people as they can, with patients usually getting between $500 to $1000 to help ease financial burdens.

The event starts at 6 p.m. on Friday. If you'd like to go, you can still buy a ticket and find more information here.