A military member on the First Coast is not taking anything for granted as he works to inspire future generations to overcome challenges. 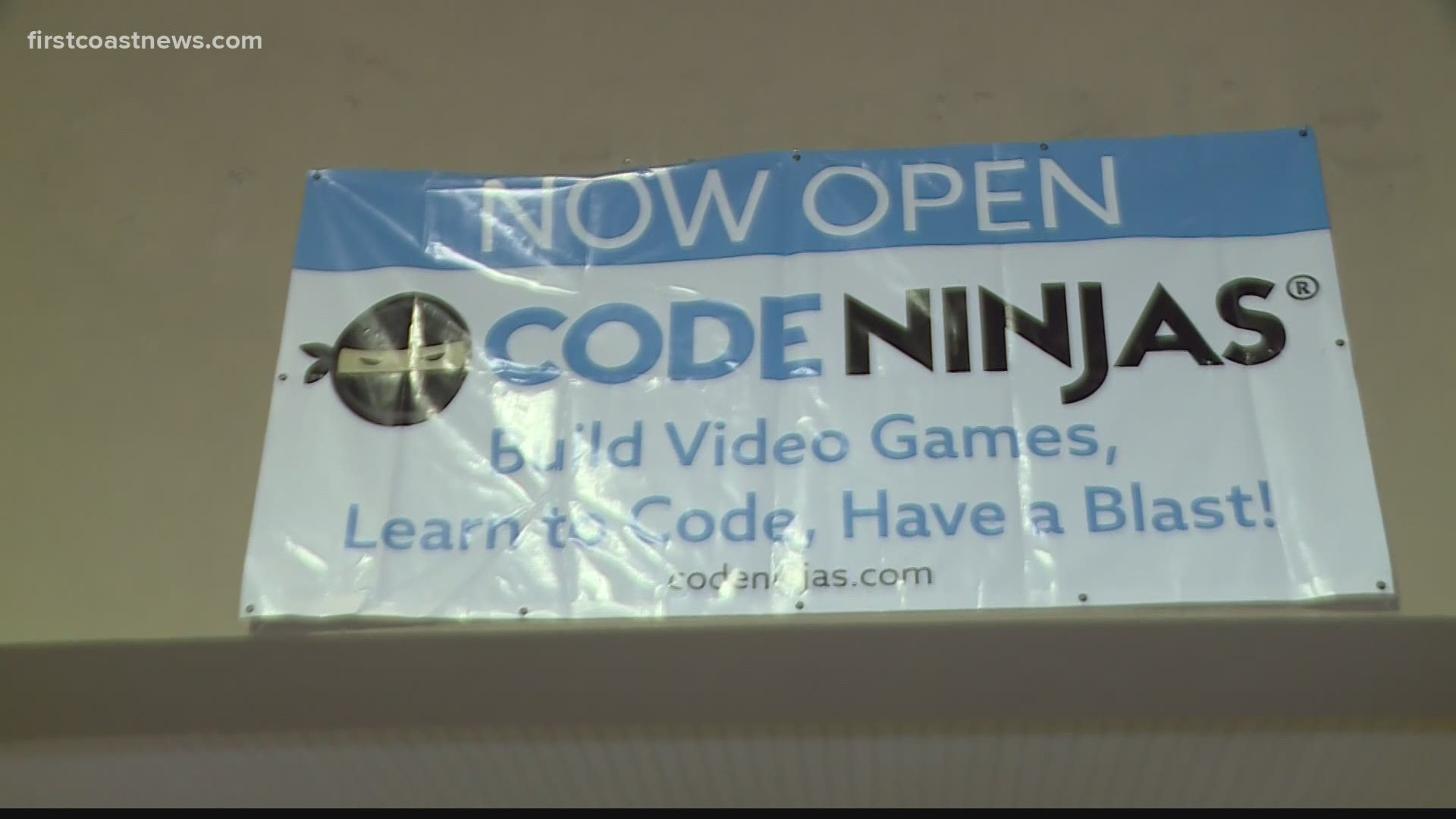 JACKSONVILLE, Fla. — A military member on the First Coast is not taking anything for granted as he works to inspire future generations.

Air Force Reservist Ryan Clark is doing this through his business teaching seven to 14-year-olds to code in Ponte Vedra and Fleming Island.

The gong is rung at Code Ninjas when a code ninja moves up a belt color in coding expertise. But for Clark, overcoming a challenge sounded more like a bell. The bell rung for the end of cancer treatment.

"I was sitting there one day and I just didn't feel well," Clark explained. "I thought, 'oh, it's just some bad food or something like that.'"

At 37, Clark found out he had stage three colon cancer.

"It was eye-opening, it was a shocker," he said. "I really didn't know what the future held for me. I called my boss that day, I called my wife, I called everybody and I was like, 'so here's what's going on. I don't really know what it means, but I'm going to try to do everything as normal as I can until I can't do it anymore.'"

"I just really looked at it as like another opportunity," Clark said. "You say you want to do all these things and then something like that happens and it shows that life isn't guaranteed. You really have to make the most of every moment."

After realizing that, Clark opened Code Ninjas, a franchise.

"When we're in the dojo, one of the things we talked about is, 'what problem do you want to solve?'" Clark said. "Because anything's possible, and it starts today."

It's with that mindset children are building video games and learning a lot about life from Clark, their sensei.

Learn more about Code Ninjas in Fleming Island and the new location in Ponte Vedra here.