According to AHCA, 34 percent of nursing home staff and 37 percent of assisted living facility staff chose to get the vaccine when it first became available to them. 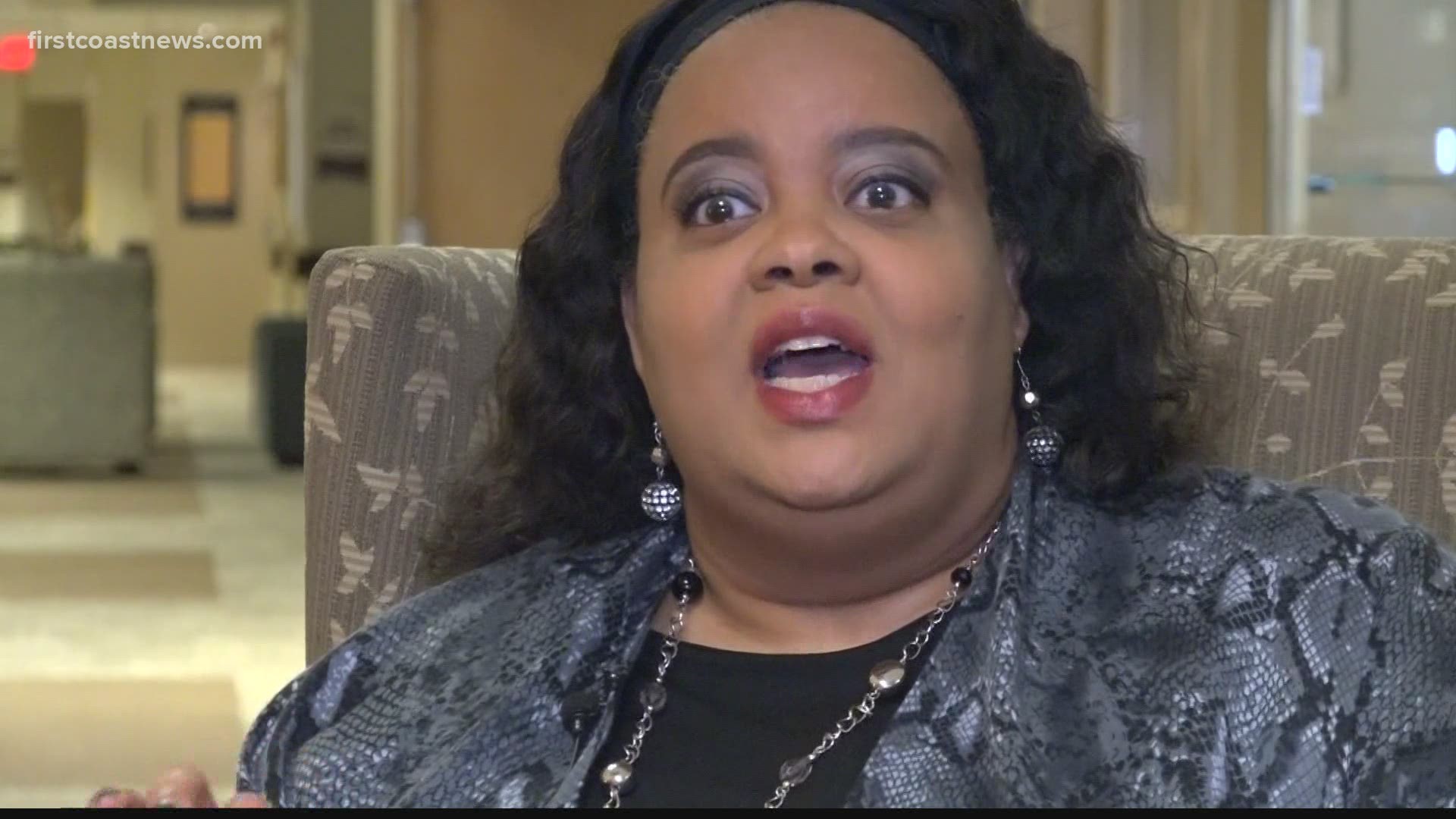 The number of workers in nursing homes and long-term care facilities choosing not to get the vaccine may be higher than you think.

Numbers from the Agency for Health Care Administration show roughly two thirds of workers in long-term care facilities have chosen to not get vaccinated.

According to AHCA, 34 percent of nursing home staff and 37 percent of assisted living facility staff chose to get the vaccine when it first became available to them.

"It kind of just hit me right in the center of the gut," said Candace Mabry, whose mother lives in an assisted living facility, when she heard the numbers. "It was shocking. Even though it's not in my mom's best interest, I believe they should be able to make the choice themselves."

The choice for Florida workers is even more common than the 38 percent the CDC reports nationwide for long-term care facility workers' initial vaccination rate.

"Initially I would have to admit that I was very nervous and unsure about taking the vaccine," said Sheri Samuels, a long-term care facility executive assistant.

Samuels works at River Garden Senior Services in Jacksonville where 75 percent of their staff chose the vaccine.

It took a rigorous education initiative at their facility. Mentz says many workers were afraid of the vaccine's side effects. 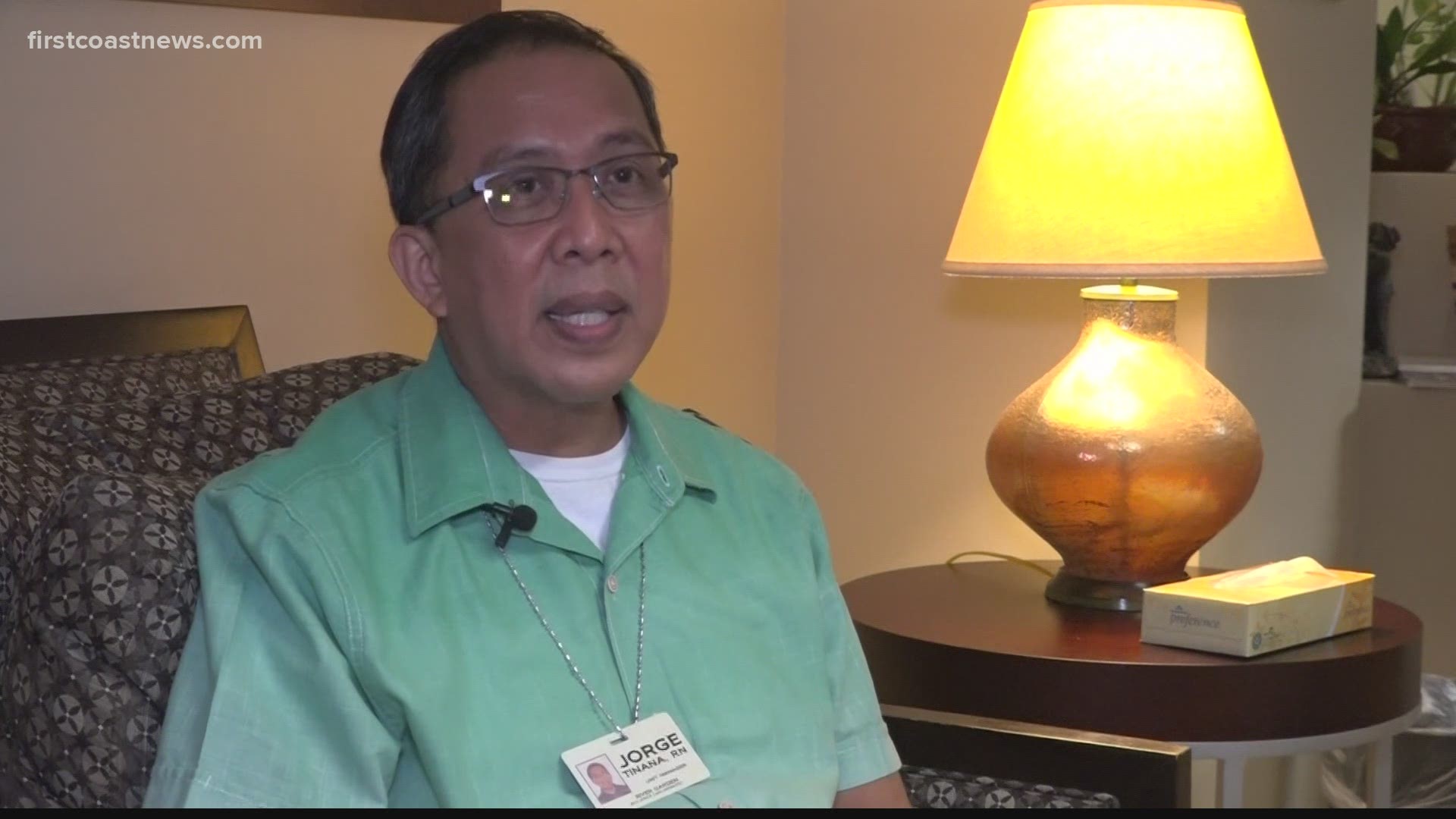 "Out in the community there's still a widespread fear of the vaccine," she said.

If Samuels had stayed with the two-thirds of long-term care facility workers not getting vaccinated, she would have missed this:

The vaccination rate percentages are from the first time workers were offered the vaccine so it is possible more minds have changed since then. Pharmacies are still working with long-term care facilities to distribute second doses.

Many say getting more workers vaccinated comes down to education.

"I think we need more education," said Jorge Tinana, nurse manager at River Garden Senior Services who got the vaccine. "Let the people know that this is actually science and it will work for us, it's for our benefit."

Shots are still going into arms at local hospitals. More than half of UF Health's 7,000 healthcare workers have been vaccinated so far and the numbers are nearly the same at Mayo Clinic.

Dr. Kathleen Kavanagh, executive director at the Jacksonville University Healthcare Simulation Center, has trained hundreds of local healthcare workers during the pandemic. Nurses have told her they're fearful of side effects.

"They're just waiting a little bit," said Kavanagh. "A lot of them plan on getting it a little bit later down the line, but that's part of the resistance."

The training at the Healthcare Simulation Center is educating healthcare workers and therefore making an impact on how many of them get the vaccine.

"Providing that increases the nurses' knowledge base where they would not want to get covid and the best way to prevent getting covid would be the vaccine," said Kavanagh. "So definitely it does actually impact the person getting the vaccine."

VERIFY: Can doctors charge patients to fill out vulnerability form for COVID-19 vaccine?