Monday is the anniversary of the Great Fire of 1901 that burned down nearly 150 city blocks. 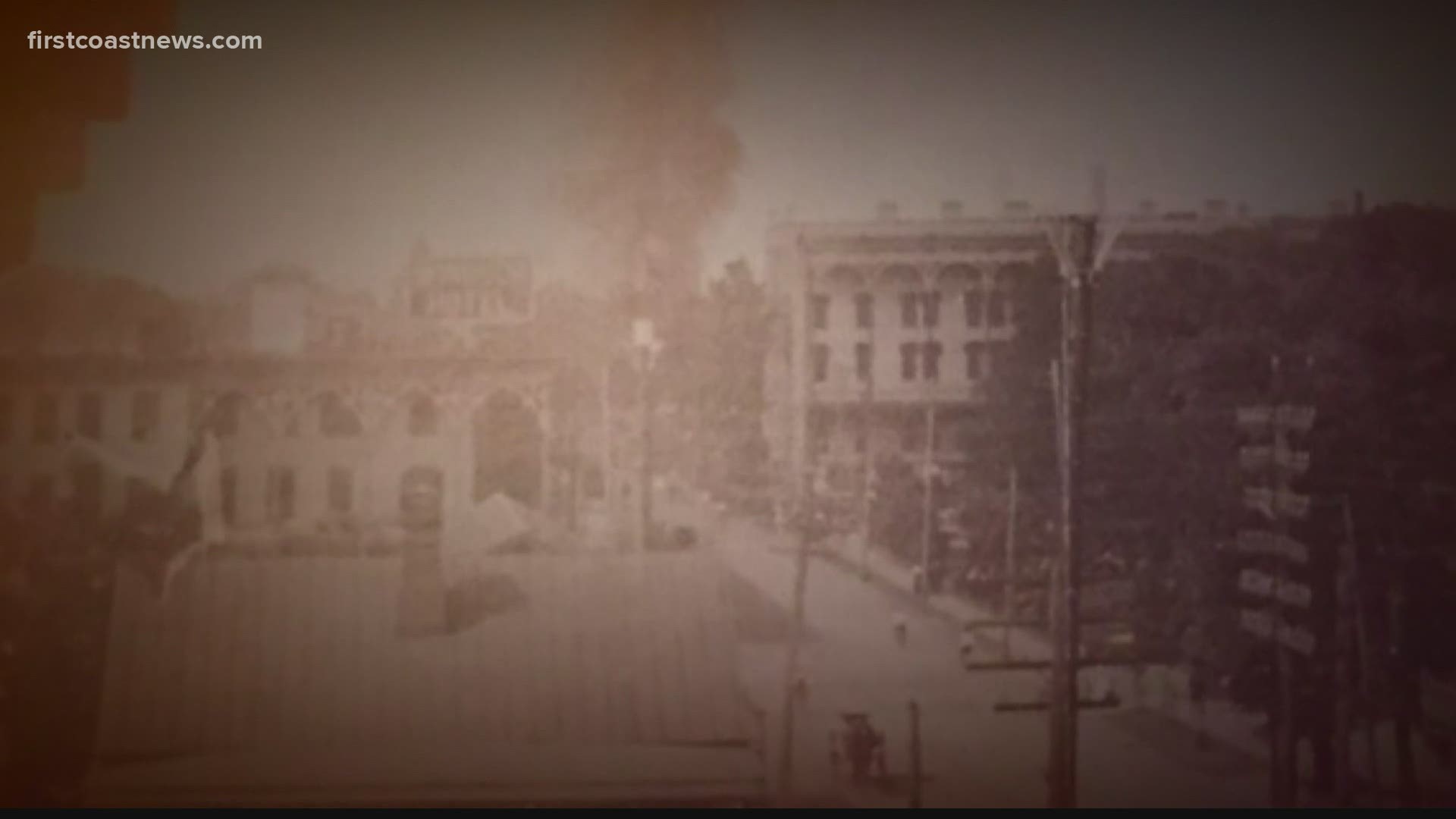 JACKSONVILLE, Fla. — One hundred twenty years ago, Jacksonville was burning.

Monday is the anniversary of the Great Fire of 1901 that burned down nearly 150 city blocks. Supposedly smoke could be seen as far north as Savannah.

The Confederate Monument in James Weldon Johnson Park was one of the few city landmarks to survive. The way it was described by historians then versus now highlights the difference between that time and today.

Last year, the Confederate soldier was removed from on top of the monument's base, but the base is still in the heart of the city.

"If this were right during the great fire this would look like the center of a war zone," said author and college professor Tim Gilmore, standing in James Weldon Johnson Park.

Starting on Beaver and Davis Street, embers from a neighbor's stove landed on Spanish moss used for mattresses outside the Cleaveland Fibre factory. The fire spread rapidly and destroyed more than 2300 buildings and killed seven people.

What hasn't changed in 120 years later? The Confederate monument in recently re-named James Weldon Johnson Park is still something we talk about. But Gilmore says it used to be described differently by historians.

"For T. Fredrick Davis, the historian, when he was writing about this in the 1920's it was hugely symbolic for him that the Confederate soldier could stand above the smoke and the flames and everything else in this really romantic imagery," GIlmore said. "But that time is gone and we are now standing in James Weldon Johnson Park."

"Johnson wrote about how he witnessed white firefighters focusing on houses and buildings owned by white people and ignoring the Black homes right next to it," Gilmore said.

A working group made up of city planners, historians, and art professionals plan to meet with their proposals of what to do with the monuments.

Why are descriptions of @CityofJax’s Confederate monuments during the Great Fire of 1901 especially relevant today?

This is interesting and it’s important to know this history! Turn on #GMJ now. pic.twitter.com/WfvI4TMNl1