A lone Black officer faced down violent US Capitol mob, fooled them to save lives

Eugene Goodman is a hero, deserving all the praises. 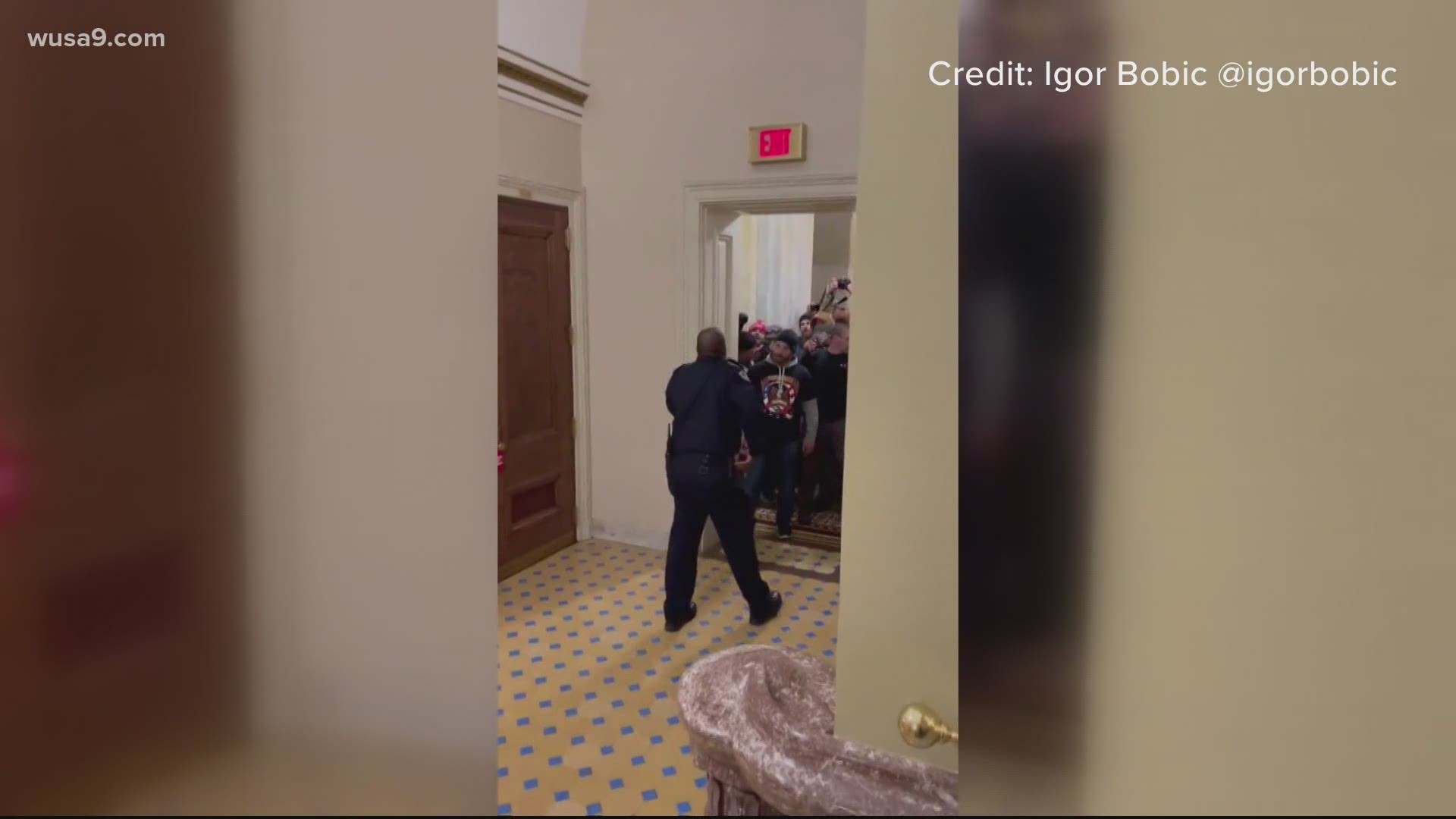 WASHINGTON — At first glance, the video is both scary and startling. A lone Black lawman momentarily facing down an angry mob of white rioters before retreating, giving ground to their fury. As we have now learned, there is a bigger story to be told.

Seeing that they were heading towards the open Senate chambers, Capitol police officer Eugene Goodman took control of the mob, giving its leader a shove to get his attention and then drawing them away in pursuit.

In short, he tricked them, willingly becoming the rabbit to their wolf pack, pulling them away from the chambers where armed officers were waiting, avoiding tragedy and saving lives. Lives which include their own.

An Army veteran who spent time in Iraq, Goodman’s actions bring a measure of honor to a police force that saw some of its members acting in a questionable manner. Calls have come for him to receive national commendation for his actions, perhaps even the Congressional Medal of Honor.

Eugene Goodman stood in the doorway that day.

We see you, Eugene. https://t.co/MqnFJcgpAW

Now, that’s not my call to make, but this man deserves far more than our praise and thanks. Maybe our soon to be President will award a medal to someone other than a radio talking head, sympathetic politicians, or a few golfers. And also, maybe a little pay increase.

We saw the worst of our nature on display Wednesday. Many people immediately stood up and said, “This is not who we are!” History tells us, this is exactly who we are. Running from this fact won’t change it. But at the same time, we’re also Eugene Goodman. A people who will put themselves in harm's way to protect others. Even those that wouldn’t do the same for us. It’s a constant fight for the soul of this nation.

Here’s hoping that this example by Eugene Goodman, one of our better angels, can serve as a reminder of what we can be, and help lead us in that direction. Thank you for your service sir.

The word hero does not appropriately describe officer Eugene Goodman. His judgment & heroism may have saved our Republic. I hope @SpeakerPelosi @SenSchumer @WhipClyburn consider him for the Congressional Medal of Honor. It is the least we can do. https://t.co/22qvikwCqh