Florida Highway Patrol identified the driver of the truck as Juan Monsivis, 40, of Bradenton. 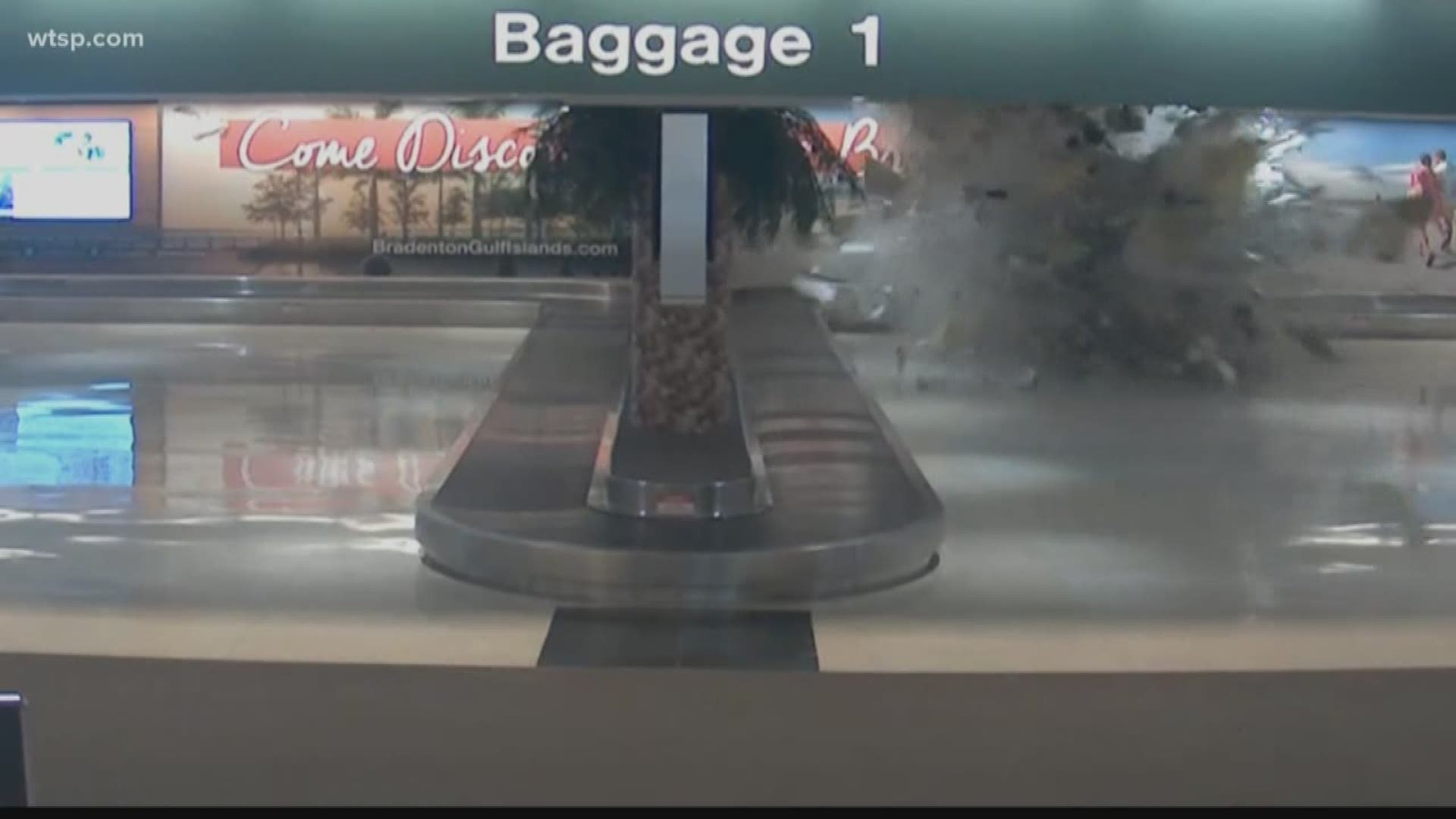 SARASOTA, Fla. — Florida Highway Patrol has identified the driver of a truck that ultimately crashed into a car rental counter at Sarasota-Bradenton International Airport.

A New College police officer was attempting to pull over Juan Monsivis, 40, of Bradenton, for driving in a reckless manner, according to an FHP press release.

The officer lost sight of the truck.

Police determined that Monsivis left the road and crashed through the chain-link fence at the western boundary of the Sarasota-Bradenton International Airport.

Officers say Monsivis continued to travel in the direction of the main terminal building -- and crashed through it. Police say his truck took out a baggage carousel before crashing into a car rental counter.

There were also two employees behind the rental car counter at the time of the crash, but they were not hurt.

Airport President and CEO Frederick Piccolo expressed relief that no one else was in the baggage claim at the time of the crash because of the hour. He noted that he couldn't imagine the injuries this could have caused.

It's still unclear what lead up to the crash.

The airport was operational in time for morning flights, Piccolo said.