'Save our Stages' calls for federal relief to live music, entertainment venues

Many venues are still closed—but one in downtown Jacksonville is making adjustments to bring live music back. 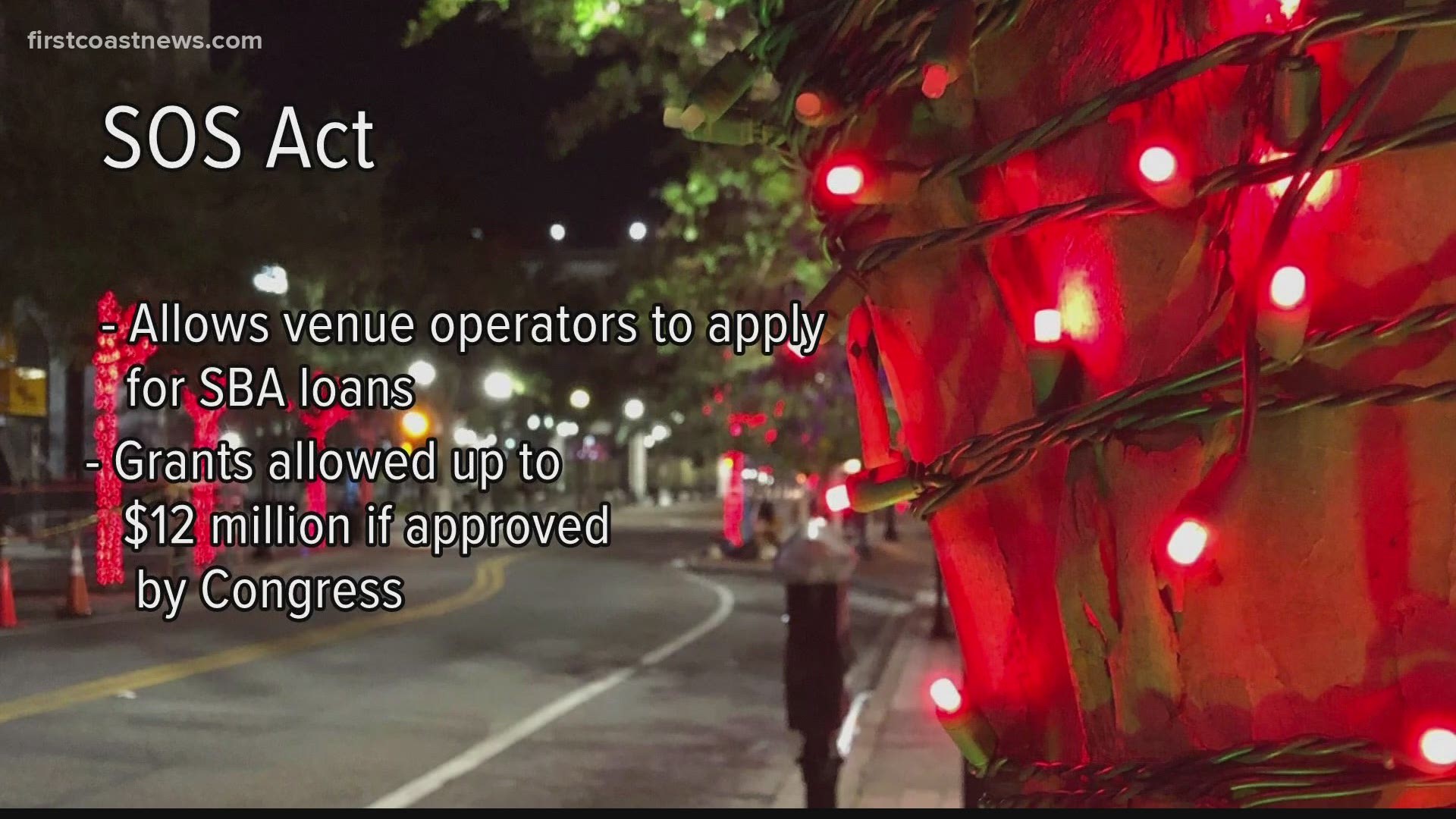 JACKSONVILLE, Fla — In Downtown Jacksonville, the owner of 1904 Music Hall says the live music industry is one of the last to reopen because of the pandemic. He’s making adjustments to offer dinner and a show to guests.

Jason Hunnicutt, owner and operator of 1904 Music Hall says it’s been months since their last show.

“We’ve hit the rough part of it like everyone else. It’s been devastating. When everything kind of started, no one really knew what was going on,” Hunnicutt said.

Thanks to neighboring Spliff’s Gastropub, they will be able to serve food and beverages during shows.

“The idea came to us was to operate as a restaurant but with a live music aspect. But to keep people seated, keep the bar closed and just provide table service and sell the ticket as a table,” Hunnicutt said.

The venue will be open to 25% capacity, roughly over 70 people Hunnicutt says.

An artist will perform two 90 minute shows per night, and the venue will be cleaned in between each set.

Masks are required and temperature checks will be required to enter.

This month, downtown venues lit up red as part of the #RedAlertRESTART for entertainment venues. The main goal is to bring awareness to the Save Our Stages Act. The bill introduced in the U.S. Senate would provide relief to venue operators, promoters, talent artists, etc. who have been affected by the pandemic.

The bill says the Small Business Administration could be allowed to provide a grant up to $12 million.

Hunnicutt says the shutdown leaves many workers in a bind.

“The thing about live events and the music industry, a lot of places didn’t have a payroll. A lot of people are 1099 [independent contractors] or contractors for those events, those companies didn’t get the funding that other ones did,” Hunnicutt said.

He knows it's an uphill battle but hopes fans can sign their support for the bill.

“If you love live music and live events and entertainment, this is a red alert because it’s now six months in and there’s not a lot of hope in sight, unfortunately,” Hunnicutt said.

For more details on 1904’s reopening, you can find more on their website.

More information about the Save Our Stages Act can be found here.

#RedAlertRESTART in downtown. 1904 Music Hall, the Florida Theater and other downtown venues are calling for action from Congress, as the live entertainment industry has come to a halt due to the pandemic. More on this story tonight at 6 ⁦@FCN2go⁩ pic.twitter.com/xs6eA0MQOx