Alan Smith has more than 350,000 subscribers on his YouTube channel. He's used it to connect with people who need a boost. 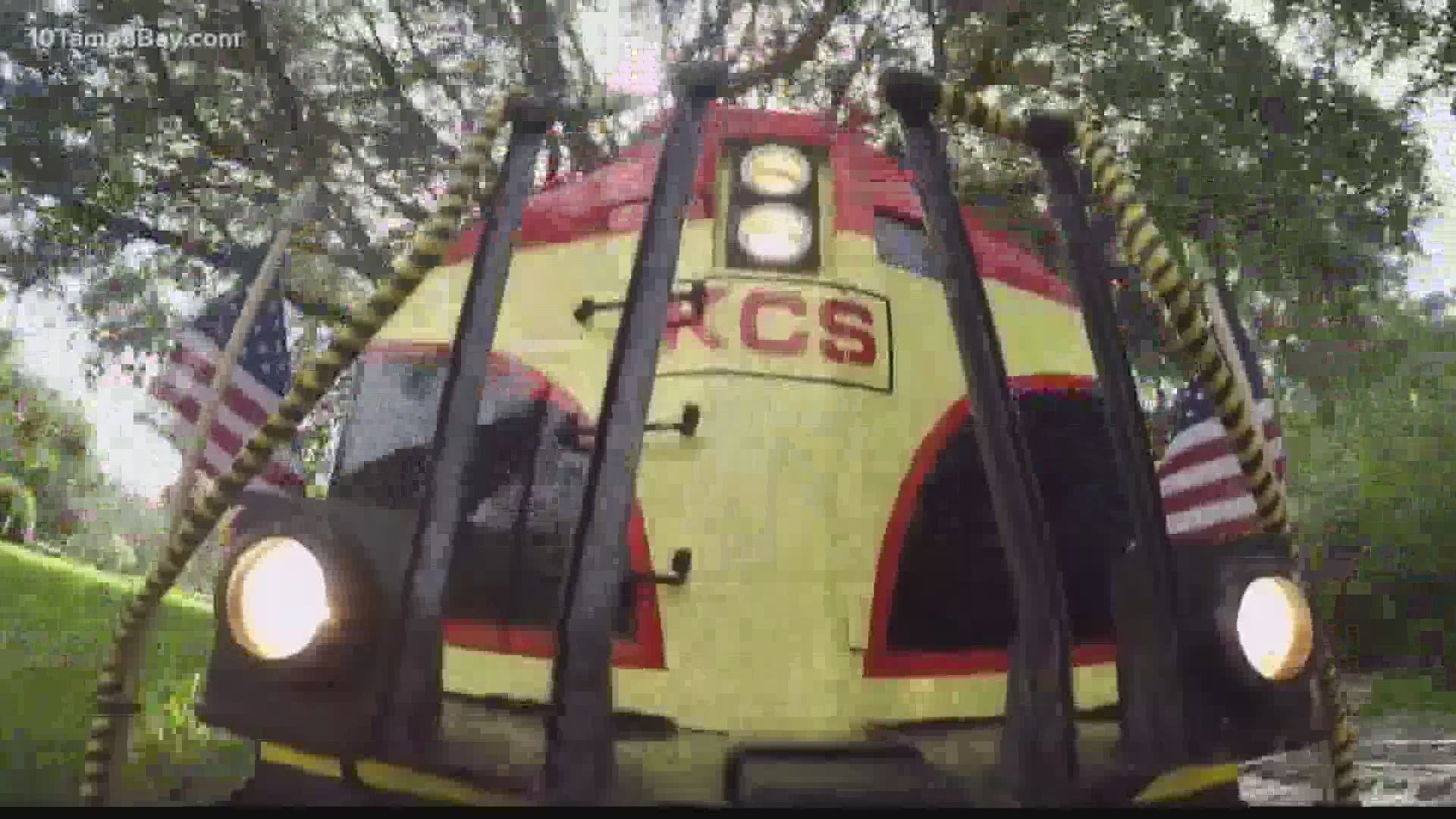 TAMPA, Fla. — Alan Smith is a thrill seeker. The Dover, Florida, man has ridden countless rollercoasters in his lifetime, including many of Tampa’s Busch Gardens twisters.

“At Busch Gardens, I am on the record there of riding Gwazi and Montu 1,000 times and with my daughter Gwazi 1,000 times,” said Smith, 56, whose favorite coaster in America is Nitro at Six Flags.

Smith started a YouTube channel in 2006 under the screen alias Millenniumforce.

In 15 years, she’s grown his following to over 352,000 subscribers. He makes videos about riding theme park rides and viewing trains – his other passion – on routes across the nation. He’s even created a child-focused web show which has been seen millions of times.

“It picked up and I started really getting my audience about three years ago when I hit the silver play button, 100,000 subscribers,” Smith said.

A large portion of his audience is children with special needs. Smith suffered a stroke a few years ago and says his YouTube channel has really helped him connect with other people who are going through difficult times.

“I have many stories of troubled teens I had to help out of dark moments of their lives,” he said. “It touches my heart. That’s why I’ve got to keep doing this and then all of the sudden when I got to meet them and learn their situation and see all the joy I bring to their life I’m like, wow, this is something. I can’t stop doing this.”

Smith left his home in Florida on May 8 to begin a 13-week journey across the nation.

“My partner and I are traveling on the road in a 2019 Toyota Corolla for 70 days, visiting 27 states, on over 10,000 miles of road, (and) stopping at nine different theme parks to ride and film over 100 different rollercoasters,” he said.

He even got the chance to meet some of his YouTube subscribers while out on the road. The trip will wrap up on July 17.