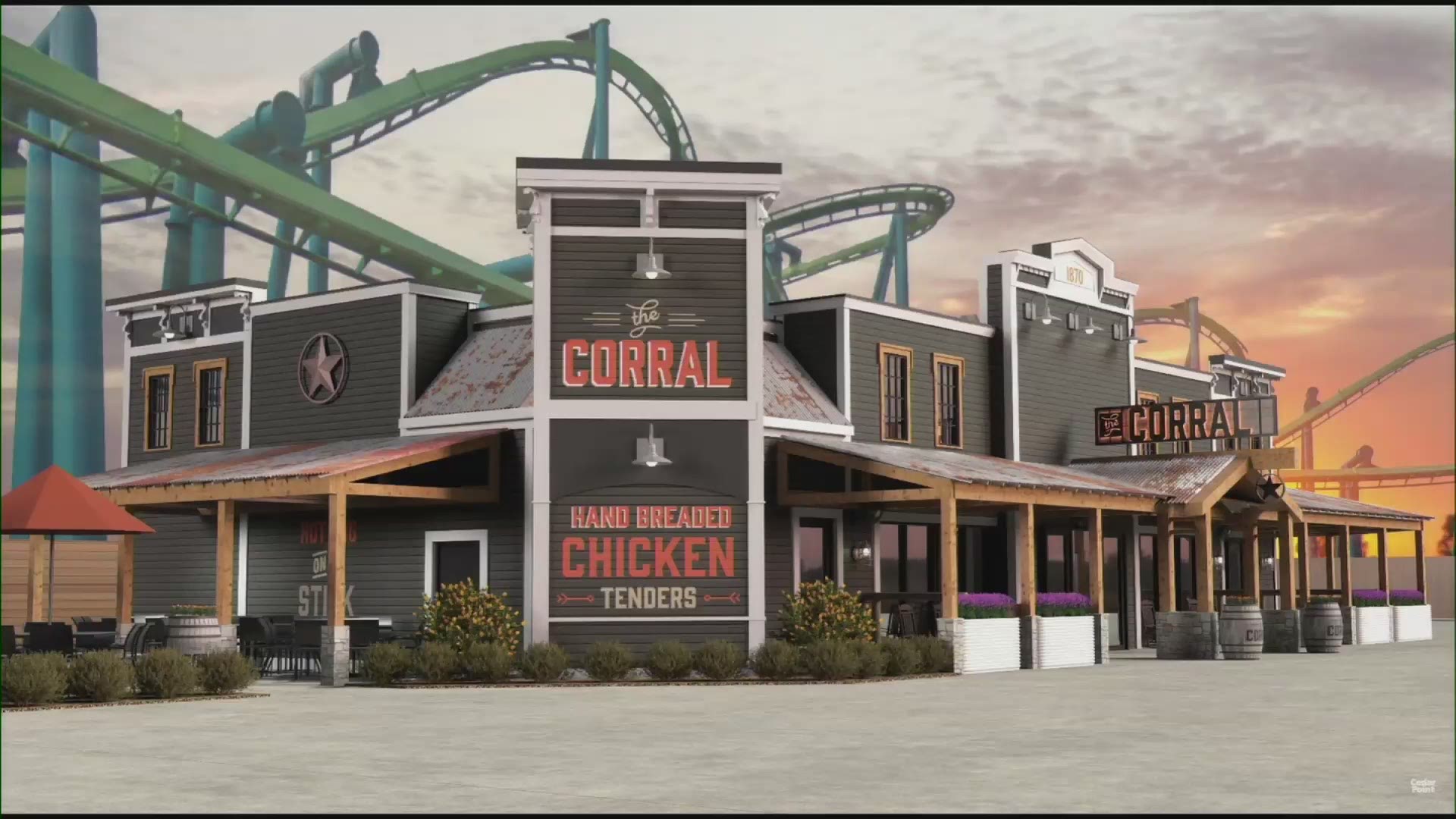 SANDUSKY, Ohio — As Cedar Point prepares to celebrate its 150th season this year, the park is buzzing with big changes.

Yes, there's a new ride coming, but 2020 will also bring updated restaurants – including a renovated version of the Corral, which is nestled in the shadows of the Raptor roller coaster along the Main Midway.

The Corral is the place to grab a cheese-on-a-stick, hot-dog-on-a-stick, hand-breaded chicken tenders and pizza.

The previous Corral restaurant, which was a walk-up location, has been demolished. It's currently being rebuilt from the ground up with a re-invented exterior, updated menu and "walk-in experience with serving lines designed to deliver food quickly and efficiently," park officials announced.

“You blink, and they add more,” Clark tweeted with a picture. “The new Corral is taking shape."

Another location getting a complete overhaul is the former Bayou Refreshments near the park's front entrance. That footprint is in the process of being transformed into French Quarter Confections, which will serve sweet treats like funnel cakes, waffles, cotton candy and fresh-made fudge.

Other food changes coming in 2020 include:

- Mac Shack: A new restaurant with a variety of macaroni and cheese. This will be located near Toft's Ice Cream Parlor.

- The Roost: A new fried chicken restaurant that also serves tater tots and slaw. This will be located where Mr. Potato used to be near Wicked Twister.

The park officially opens to the general public on Saturday, May 9.