Anna Bauer joined the Army as a nurse during WWII. Dozens of friends and strangers honored her with a birthday parade on Tuesday. 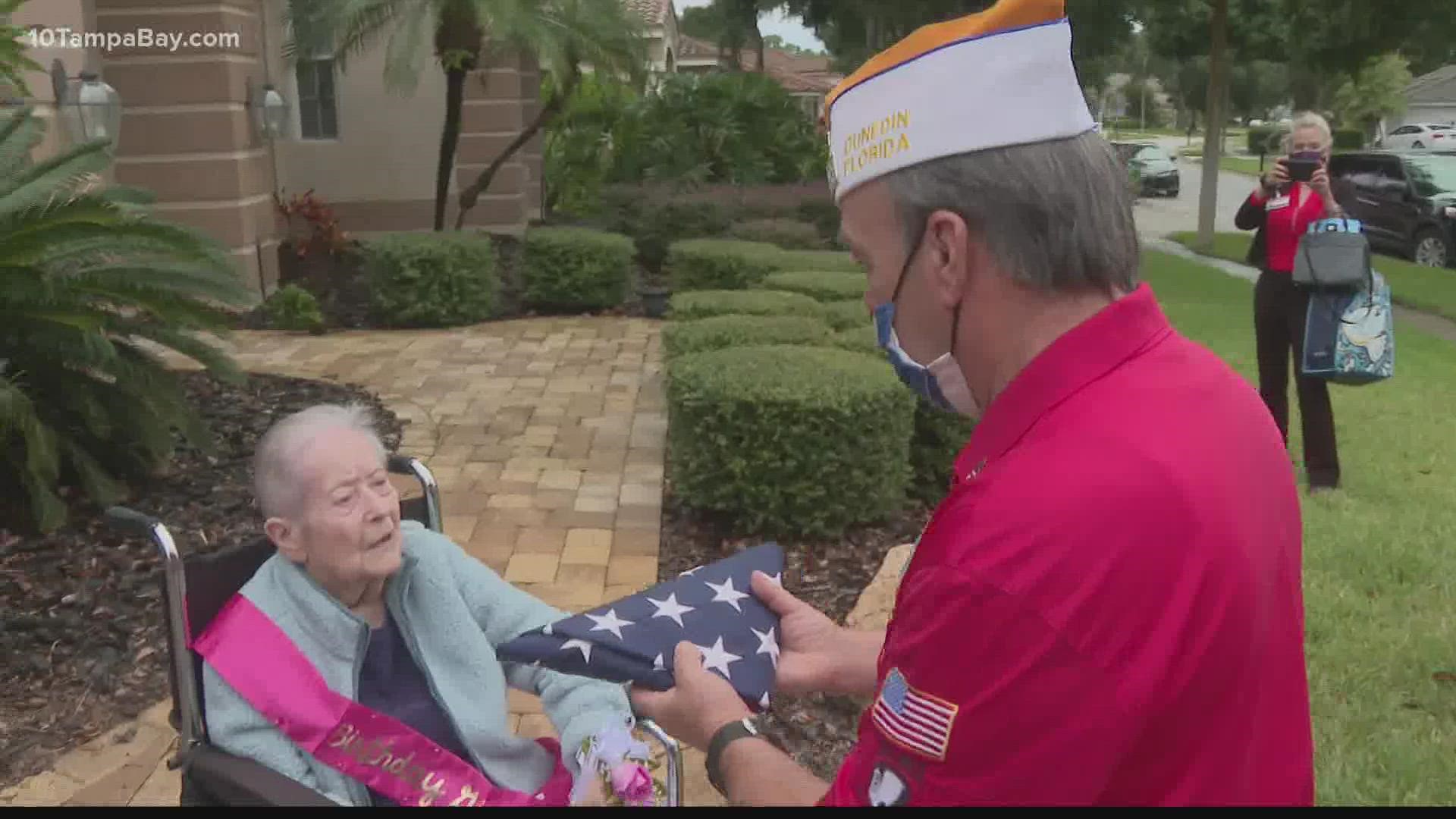 PALM HARBOR, Fla. — Family and friends lined up to show Anna Bauer how much they cared for her Tuesday afternoon. They formed a drive-by parade to mark her 100th birthday.

“I don’t think they owe me anything,” said the new centenarian as she watched the cars drive by the family home. “It’s just another day. Just another day out of 100.”

Bauer is a WWII Army veteran. She was a Lieutenant and nurse who served in Germany. While there, she met her late husband – an Army Private – who drove ambulances during the war.

“It’s amazing. It really says a lot about the people. It really does. We support our veterans,” said her daughter, Brenda Benn.

“They snowed the bravery of what this country is made of and they gave everything to protect this county and the people here at home so you can never stop respecting that and you have to honor it,” said Frank Vanore of Post 2550.

Cars with posters and balloons formed a steady stream as Bauer sat and enjoyed the procession.

“It’s the greatest generation,” said Trudy Beeler, the Veterans Community Partnership Specialist with Empath Health. “This is something that’s going to be a special memory for everybody.”

Beeler helps coordinate events like this for veterans in Tampa Bay. Twenty-eight cars drove by waving signs for Bauer. As the parade line grew, so did the smile on her face. When it ended, the smile remained.

Bauer grew up in North Florida. She met her husband in Germany. He was a firefighter and the couple was married over 70 years.