A prerecorded performance of "I Just Wanna Live" will play in Arrowhead Stadium in Kansas City at halftime of Thursday's game with the Houston Texans. 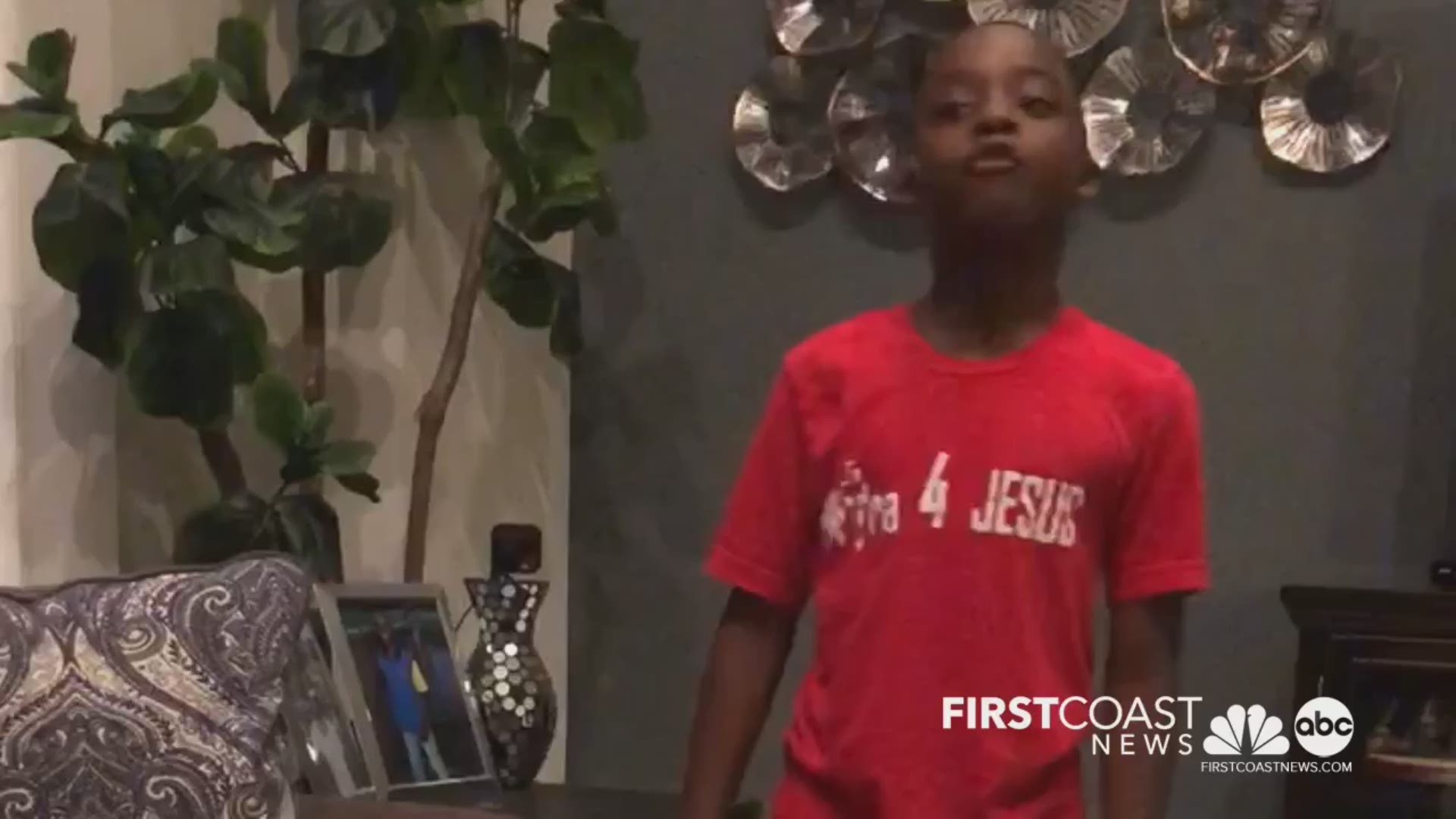 JACKSONVILLE, Fla. — Keedron Bryant, a 13-year-old at Oakleaf Junior High, would have had plenty to write about if he’d been assigned a “How I Spent My Summer Vacation” essay.

Since schools shut down for the pandemic in March, Bryant recorded a viral video, got signed to Warner Records, performed on “The Ellen DeGeneres Show” and recorded his debut EP in Los Angeles. LeBron James, Janet Jackson, Snoop Dogg, Dr. Dre and President Barack Obama are among his fans. He’ll appear on a national broadcast, performing “I Just Wanna Live” at halftime of Thursday’s NFL opener in Kansas City.

RELATED: Thursday marks a rare day in the sports world

It all started in the spring, when he used a cellphone to record an a capella version of "I Just Wanna Live," a song written by his mother, Johnetta. The video went viral during the Black Lives Matter protests that followed and a single of the song was released by Warner Records, with proceeds going to the NAACP..

"I'm a young black man, doing all that I can to stand," Bryant sings. "Oh, but when I look around and I see what's being done to my kind every day. I'm being hunted as prey. My people don't want no trouble, we've had enough struggle."

The NFL is addressing racism throughout the 2020 season. "Lift Ev'ry Voice and Sing," a song written by Jacksonville brothers J. Weldon Johnson and J. Rosamond Johnson that has been adopted as the unofficial Black national anthem, will be performed before every game. During the first week of play, all NFL stadiums hosting games will have "It Takes All of Us" and "End Racism" stenciled in the end zones. Many players and coaches will wear helmet sticker and patches honoring victims of systemic racism, victims of police brutality and social justice heroes.

“I did all of my songs in LA,” he said Thursday. “It’s really fun. I loved working with my producers. I love to have fun in the studios.”

His parents are ministers and Keedron said he grew up singing in church and at school. “I sang in my church choir and I did some videos on Facebook and Instagram,” he said. “I did a lot at school, sung at plays and National Anthems at school basketball and baseball games.”

He’s a student at Oakleaf Junior High but is remote learning from home, which he said is “kind of boring.” He said some of his classmates might be surprised by his success. “Some of them didn’t even know that I could sing, that I had that kind of gift.”

He plans to keep pursuing a music career. “I want to keep singing I want to definitely keep on progressing in my gigs.”