The comedy duo behind #IMOMSOHARD was set to bring its Mom's Night Out Tour to the Florida Theatre in downtown Jacksonville in June. Now, the show is in September. 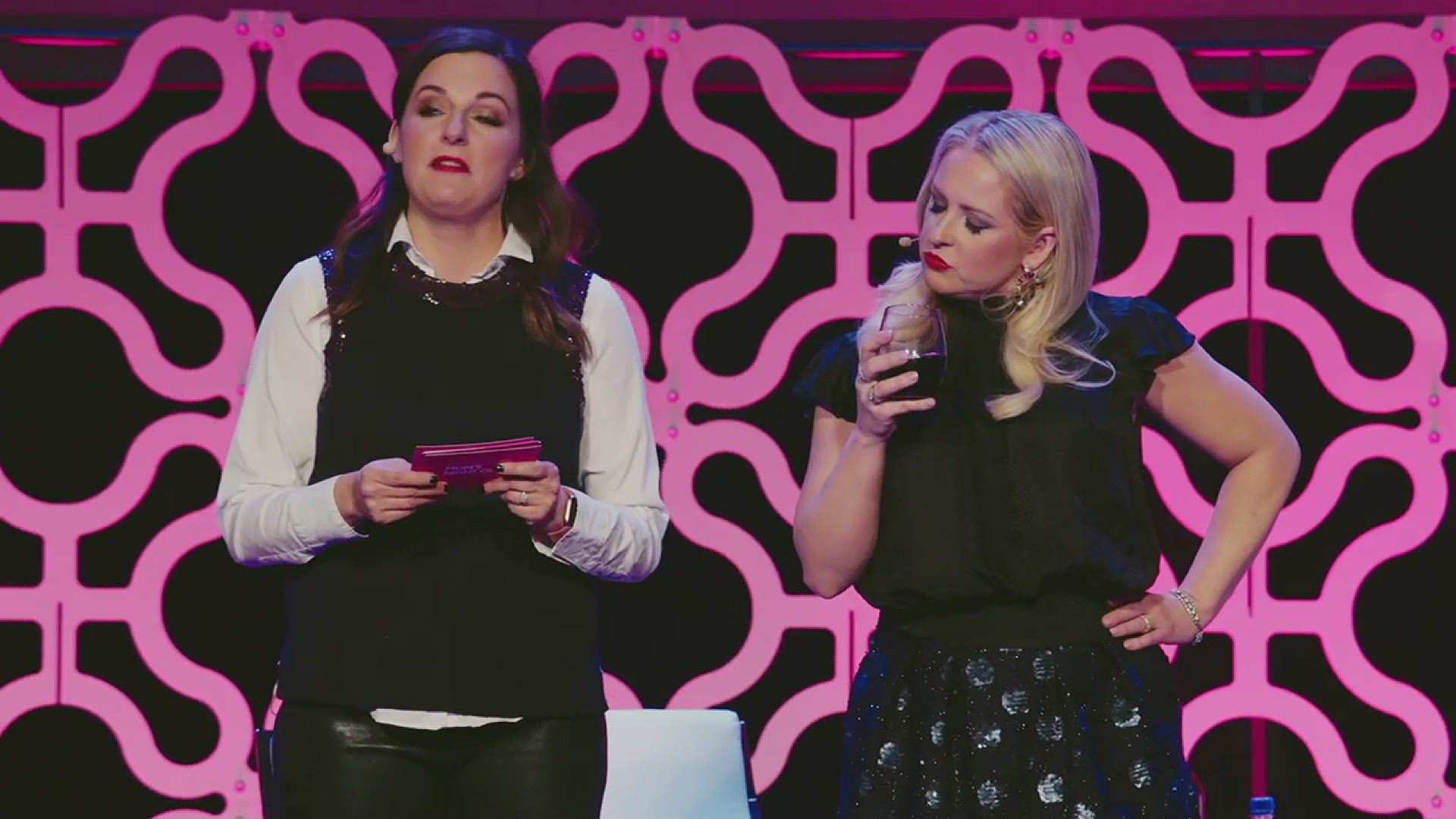 JACKSONVILLE, Fla — A pair of comedians with a love of drinking wine, exercising their potty mouths and giving advice on life with toddlers is coming to the Florida Theatre in September.

Kristin Hensley and Jen Smedley are best friends and the co-creators for the web comedy series #IMOMSOHARD. The Mom's Night Out tour originally set for its Jacksonville date in June has been rescheduled for Saturday, Sept. 19 at 7:30 p.m., with Mom's Night Out Round 2.

Their antics range from discussing snot to stretchmarks to sleepless nights, earning them more than 55 million views on YouTube.

The touring act is a live rendition of their debut comedy special, #IMOMSOHARD Live!, which is now streaming on Amazon. The ladies talk about topics like friendships, body image and parenting fails.

Tickets for the show start at $42.50. VIP tickets include seating in the historic theater's first three rows and a post-show meet-and-greet event with Kristin and Jen.

The Florida Theatre says, "Kristin and Jen know firsthand that parenting is a hard job and they invite you to join them in taking it all a little less seriously (even if for a few short minutes a day). After all, Jen currently has four days of dry shampoo in her hair and Kristin’s keys are still in her front door. They try, they fail, they support each other, and they mom as hard as they can."

The Mom's Night Out tour is just one of dozens of shows the Florida Theatre had to cancel or reschedule due to the coronavirus. That's why the nonprofit established the Florida Theatre Show Worker Relief fund to support its staff members who are out off work.

You can donate to the Florida Theatre Show Worker Relief fund by clicking here. Anyone who donates $50 or more will receive a complimentary pair of tickets to a Summer Movie Classics screening of their choice this summer.

Tickets for Mom's Night Out Round 2 can be purchased at the Florida Theatre's website. "All tickets for the original performance on June 18 will be honored on the new date of Sept. 19, so patrons should hold on to their tickets," the site says.

RELATED: Performing arts industry in Georgia prepares for crowds to return in the summer