The tour is now scheduled for a stop in Jacksonville July 31 after last year's original date was canceled due to the coronavirus pandemic. 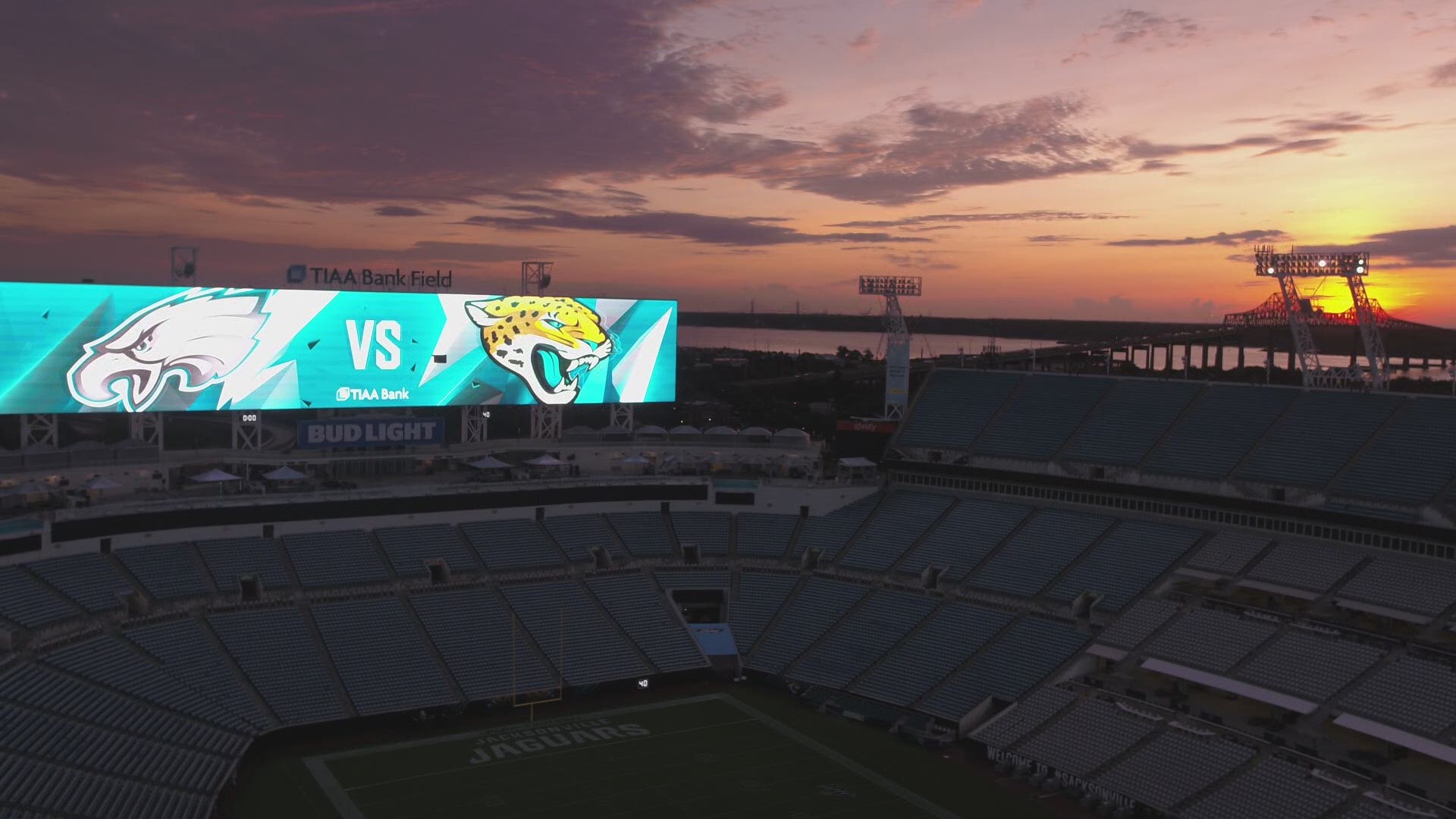 JACKSONVILLE, Fla. — Three of the biggest acts in rock music will be rocking TIAA Bank Field this summer as Green Day, Fall Out Boy and Weezer get back on the road for the newly rescheduled "Hella Mega Tour."

The tour is now scheduled for a stop in Jacksonville July 31 after last year's original date was canceled due to the coronavirus pandemic. The new dates for the U.S. headlining stadium tour were announced Monday.

The tour kicks off July 24 in Dallas, with performances scheduled at a total of 21 cities in North America. That includes some of the nation's most renowned stadiums, including Dodger Stadium, Wrigley Field, Citi Field, Fenway Park and more. The tour wraps up Sept. 6 in Seattle.

Special guests The Interrupters will also play on the tour.

Ticket information for all shows on the tour, including the rescheduled dates, is available at www.hellamegatour.com.

You can catch a special appearance by all three bands on ABC25 July 17, on "Good Morning America's Summer Concert Series." Weezer and Fall Out Boy will perform, and Green Day will join them for an exclusive interview.

This weekend, Fall Out Boy will perform on the season finale of "American Idol," airing Sunday at 8 p.m. on ABC25.

See the full list of Hella Mega Tour dates below:

RELATED: Green Day, Fall Out Boy, and Weezer to play at TIAA Bank Field in 2020

RELATED: Justin Bieber to bring world tour to Jacksonville in 2022