Childhood music program aims to start kids on the right note, keep them away from violence

The sound of music is something some parents and educators believe can help silence violence in teenage gangs. 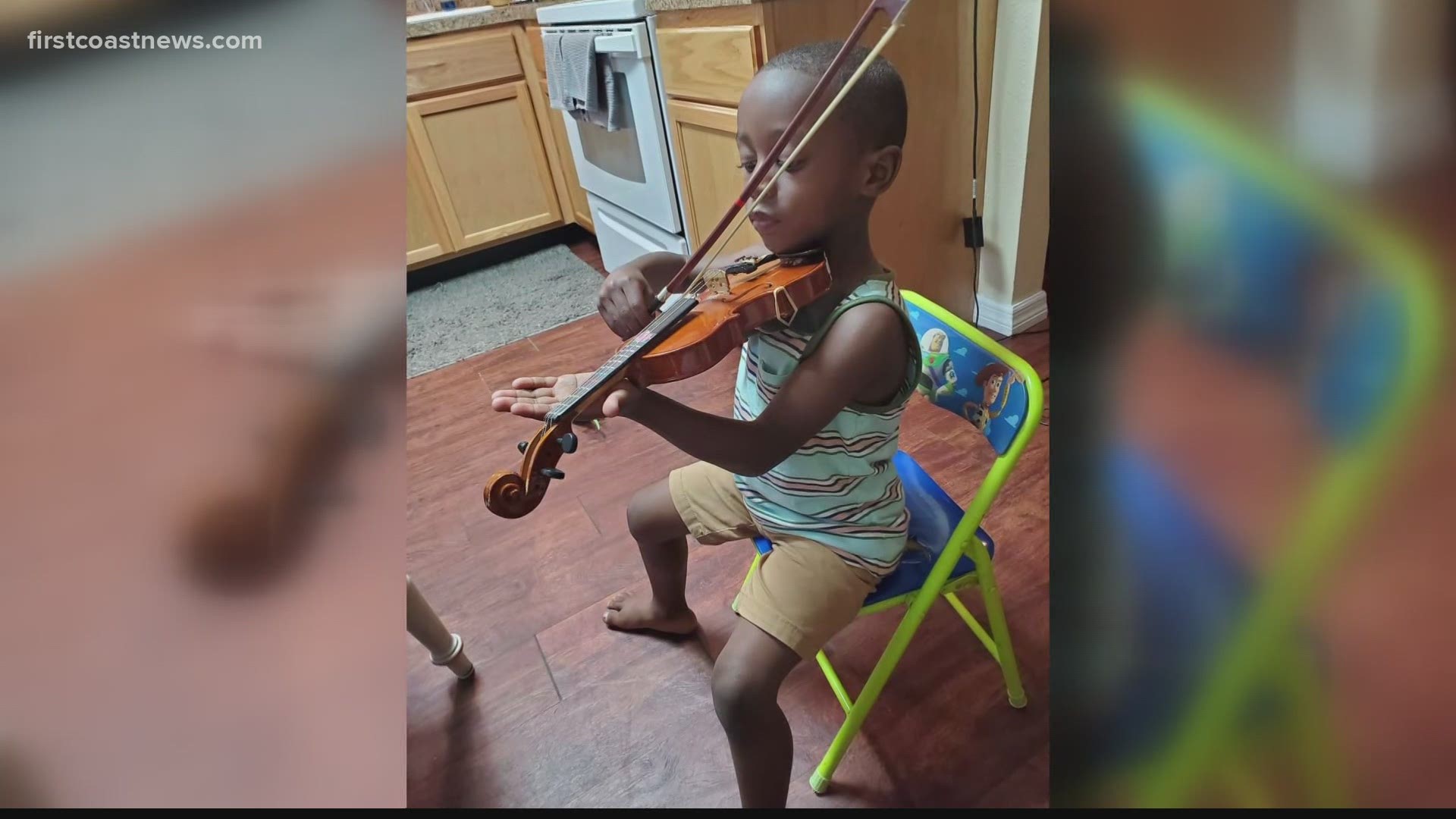 JACKSONVILLE, Fla. — The sound of music is something some parents and educators believe can help silence the violence of teenage gangs. It's an issue on the forefront again after multiple teenagers have been arrested in connection to violent crimes in the last two days.

“When I saw it was a 14-year-old girl, it was like someone hit me in the chest with a brick because I felt like that was the one child that we didn’t reach," said Richard Cuff, executive director of Guiding Success Early Childhood Music Program.

Cuff founded the music program with the goal of starting kids off on the right note. The program starts in Pre-K in hopes of preventing kids getting involved with gang violence later in life.

Cuff believes his program could have helped a 14-year-old girl alleged to be the getaway driver in a Monday triple homicide at Calloway Cove Apartments in Moncrief.

“You will never find a 14-year-old child on their way to a violin recital who says, ‘Hey, let me put this violin down and go steal a car or let me go rob a convenience store,'” Cuff said.

Teleauba Revels put her son Braxton into the program at 4 years old. She says it’s important to keep kids busy so they don’t get involved with the wrong people.

“We don’t live in the best neighborhood. Instead of him wandering the streets and hanging outside, he’s practicing his violin, he’s reading, he’s drawing," Revels said.

Three local businesses donated $10,000 to the program Thursday, so kids like Braxton can learn life lessons through music.

“I believe that when we can infuse culture into the lives of our children as early as 4 years old, we’ll have nothing to worry about when they turn 14," Cuff said.

“To give them that opportunity to choose to see the representation, to see a Black man who can play multiple instruments, why look someplace else?” Allen said.

“You will never find a 14-year-old child on their way to a violin recital who says, ‘Hey, let me put this violin down and go steal a car or let me go rob a convenience store.'” How this early childhood music program director hopes to keep kids away from a life of crime on @FCN2go