If you've ever watched "Yellow Submarine," "Scooby-Doo," "The Flintstones" or "Winnie the Pooh," this event is for you! 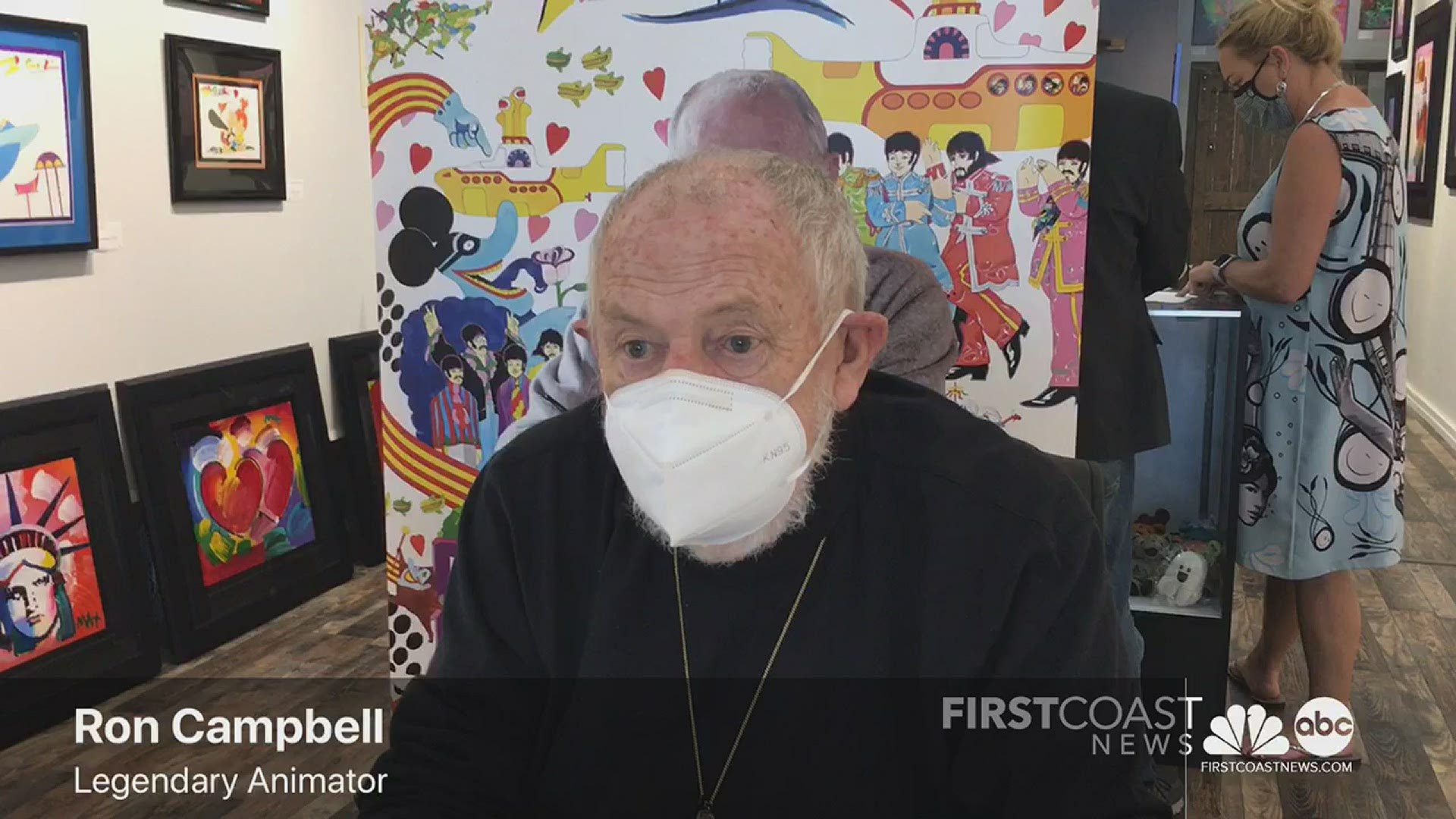 JACKSONVILLE, Fla — Did you ever watch the 1960s cartoon of The Beatles or the band's animated film "Yellow Submarine?" How about "Scooby-Doo," "The Smurfs," "The Flintstones" or "The Jetsons?"

If you were a fan of any of these cartoons growing up, now's your chance to meet the man who animated these classics yourself!

Now until this Sunday, Sept. 27, animator Ron Campbell will be making a rare personal appearance at Gallery 25, 1250 Beach Blvd.

The gallery is exhibiting 70 pieces of his well-known Beatles pop artwork, as well as of his other beloved cartoon characters that encompass his 50-year career in children's television, including "Yogi Bear," "Winnie the Pooh" and "The Rugrats."

Campbell says the exhibit places a special significance on "Yellow Submarine," a 1969 Beatles film where he was one of the animators.

His paintings are available to buy and if you buy a painting, Campbell said he will provide a certificate of authenticity where he will draw one of your favorite characters on the spot!

Click here to learn more about Campbell and his career.

1 / 9
Harold Goodridge, First Coast News
Legendary cartoonist Ron Campbell's career spans 50 years. Some of his works include "The Yellow Submarine," and iconic cartoons like, "The Flintstones," "The Jetsons," "Smurfs," "Scooby-Doo," and "Rugrats." He's Jacksonville Beach displaying and selling his work at Gallery 725.

Credit: Harold Goodridge, First Coast News
Illustration of "The Jetsons" by Ron Campbell is available at Gallery 725 in Jacksonville Beach.

Credit: Harold Goodridge, First Coast News
Scooby-Doo is just one of many legendary cartoons Ron Campbell has worked on. This piece is available at Gallery 725 in Jacksonville Beach.

Credit: Harold Goodridge, First Coast News
Cartoonist Ron Campbell's works includes "The Yellow Submarine." This piece, and many others are available at Gallery 725 in Jacksonville Beach.

Credit: Harold Goodridge, First Coast News
This Flintsones illustrations is one of the many pieces available by legendary cartoonist Ron Campbell at Gallery 725 in Jacksonville Beach.