'Jeopardy!' host Alex Trebek on outpouring of support for cancer battle: 'My gosh, it makes me feel so good'

Trebek, 79, said prayer and his fans' support have made him feel better. 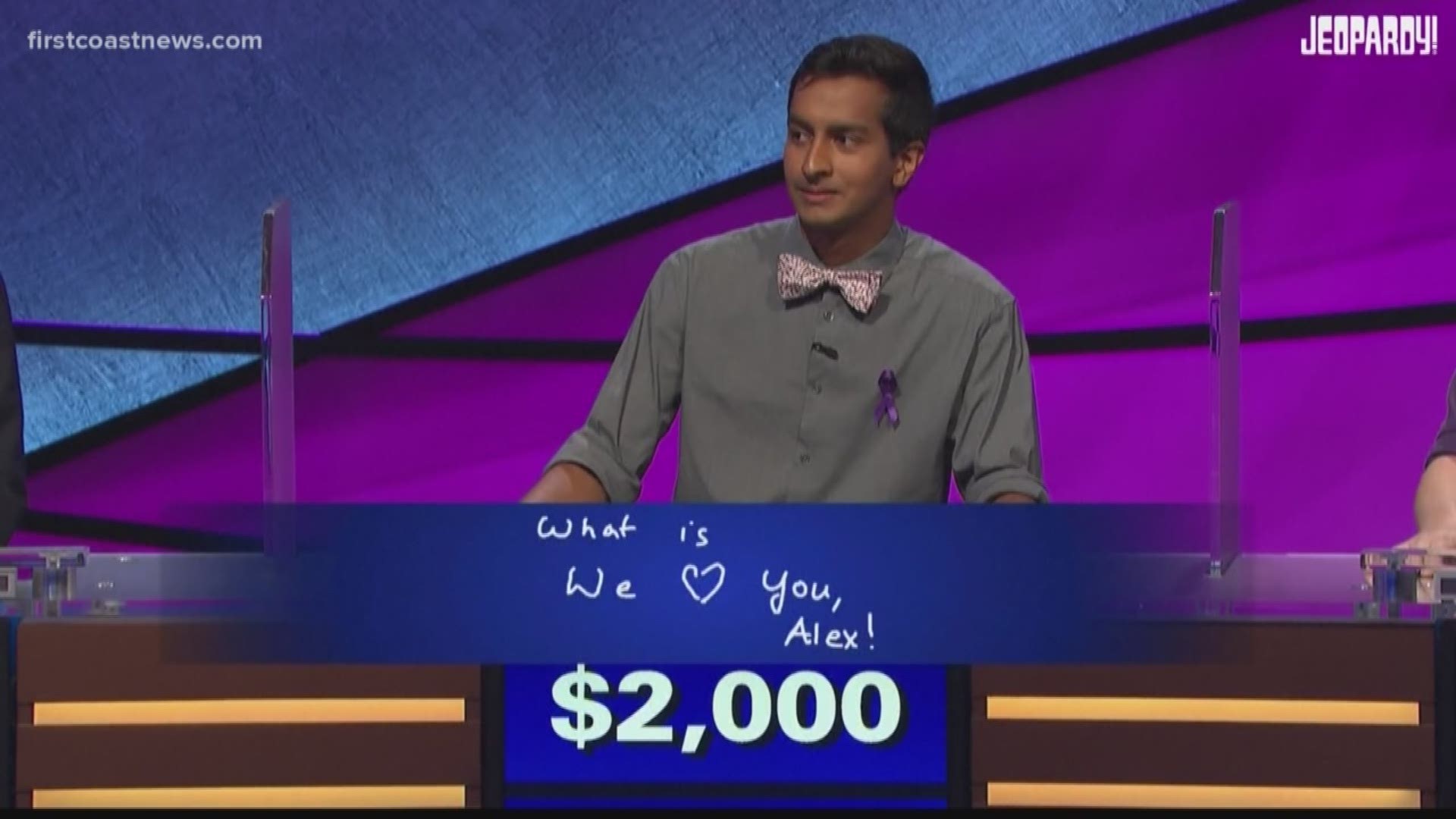 Alex Trebek’s impact since he began hosting “Jeopardy!” in the 1980s is palpable. Not only have he and the show become figures in pop culture, from references in “The Simpsons” to “Saturday Night Live,” but an outpouring of love since his pancreatic cancer diagnosis has made it clear that millions of people truly care about him.

One of those people, “Jeopardy!” contestant Dhruv Gaur, expressed his support in November during a round of Final Jeopardy. In third place and unable to answer the clue, Gaur sidestepped the question entirely and wrote, “What is… We [love] you, Alex!” The heartfelt message caught the 79-year-old Trebek by surprise.

“I read it first and then I got choked up because it suddenly registered on me: ‘Oh, dear. OK. Yeah,’” Trebek said during an ABC News special.

He added, “I don’t mind getting choked up. My oncologist told me one of the symptoms, if you will, of pancreatic cancer is that you get these moments of depression, sadness.”

Watch the one-hour special "What Is Jeopardy? Alex Trebek and America’s Most Popular Quiz Show" on Thursday, Jan. 2 at 8:00 p.m. ET on ABC

RELATED: 'Jeopardy!' host Alex Trebek gets choked up at message of love from contestant