The symphony took several health precautions including plexiglass shields around wind instruments, limited capacity and masks for everyone. 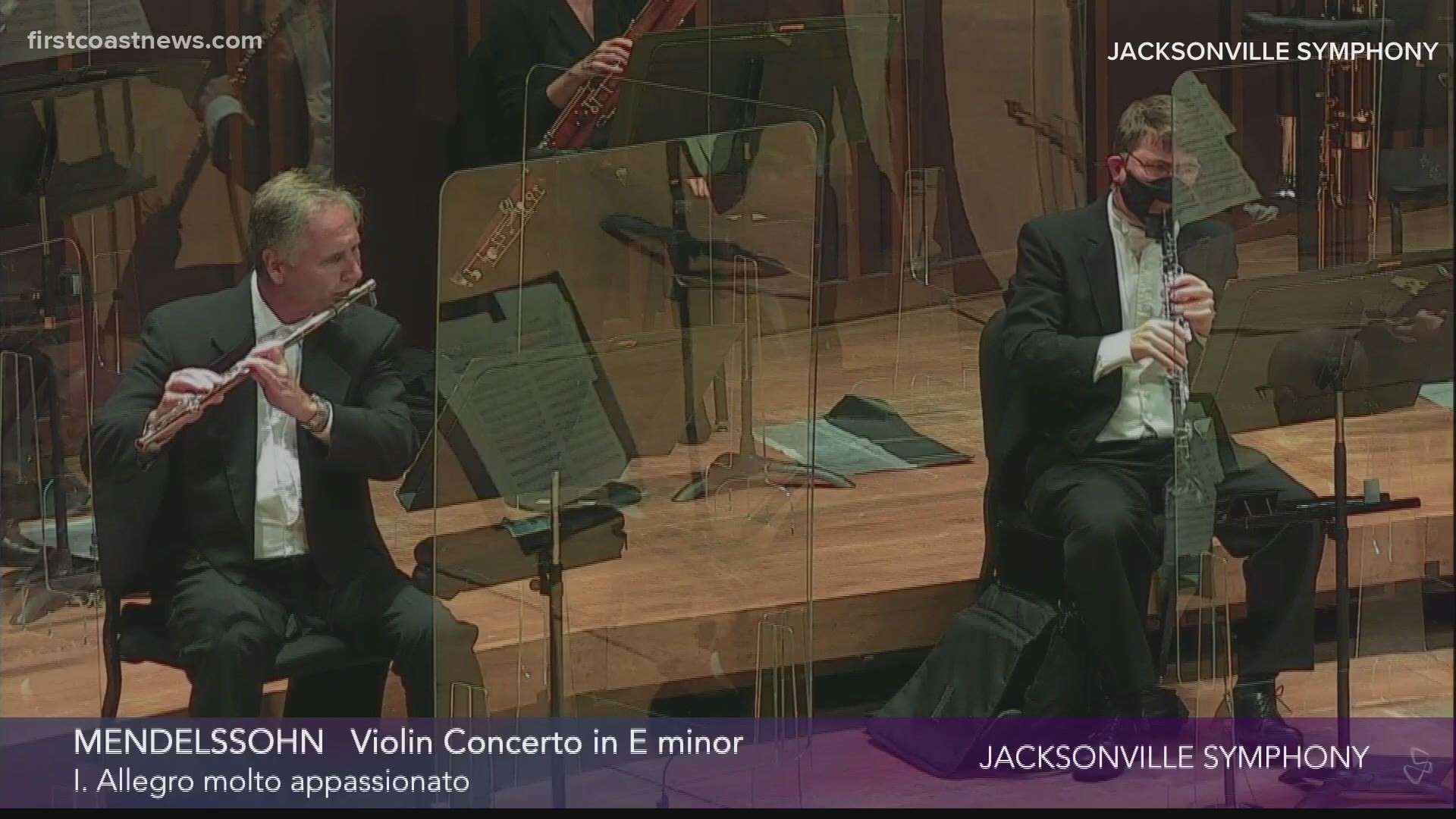 JACKSONVILLE, Fla — One business that has been silent, quite literally, over the last several months had live music again for an audience Saturday.

Concert halls can fully reopen in Florida under Phase Three of the guidelines announced by the governor Friday. The guidelines said the venues can cut back on social distancing protocols, but the governor didn't specifically explain what this means.

The Jacksonville Symphony, though, reopened with several health precautions.

"We’re thrilled that we did streaming concerts throughout the year," Steven Libman, the president and CEO of the Symphony, said. "Those are important, but there is nothing that beats a live performance."

The musicians performed for a sold-out, but smaller, crowd of 582 people compared to 1,790. Seats were blocked off for social distancing.

Libman said they polled their guests asking about what health precautions they wanted to see. They asked for social distancing, temperature checks, masks, hand sanitizer throughout the concert hall and no intermission. All of the precautions are in place.

"Our average age is 55, so we need to be cognizant of that. Everything that we do is for the enjoyment of our audience and our patrons, but also for their protection," Libman said.

"I went online and I saw all the precautions that they were going to be taking, and I said, 'OK, the people that are coming are sensible people and I have a good mask,'" one concert-goer said Saturday night.

The health precautions also apply to the musicians. Temperature checks, plexiglass shields around wind instruments and 53 compared to the 60 musicians normally on stage in order to social distance. The musicians also are spread throughout the backstage area and the concert hall instead of gathering in one space backstage.

“We will be rotating them [the musicians] so that everyone has an opportunity to play throughout the year, but there will be seven musicians who will not be performing tonight because they can’t fit on stage. It’s just not safe," Libman said.

"Everyone is thrilled that we are back and we are going to present live music to our audience. It’s about joy and hope and everything that we need live music for," he said.

The concert was also live-streamed on the symphony's Facebook page and website. The symphony had two what Libman called open houses last week to show to the community they are back and had the same health precautions in place.