A Facebook post from the theater says new shows, some as soon as December, will be announced early next week, with limited seating. 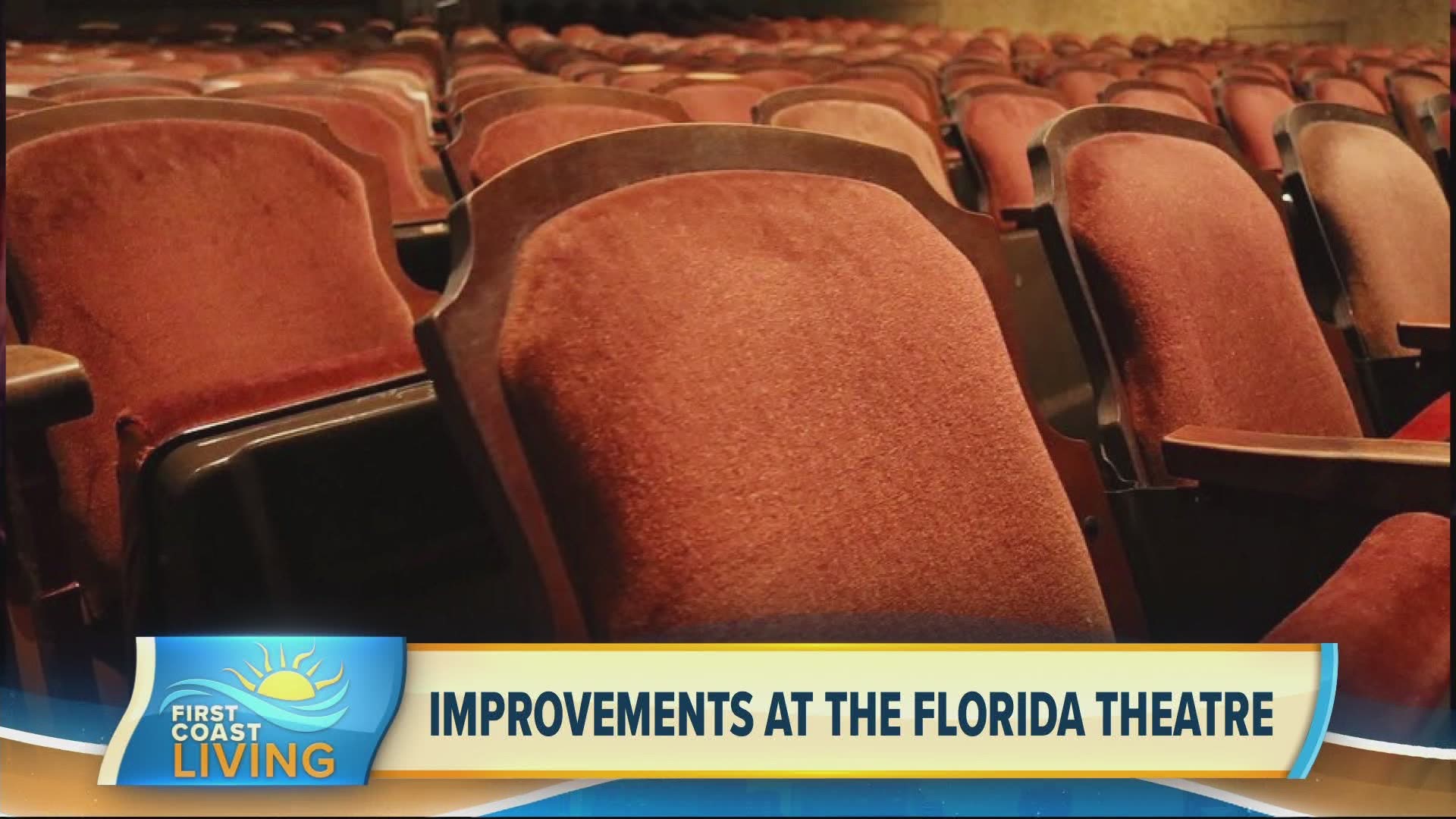 JACKSONVILLE, Fla — The above video was published in August 2020.

The Cross the Finish Line campaign is necessary because the nonprofit organization that runs the city-owned theater is running out of money.

“The Florida Theatre has been without more than 90 percent of its typical income for over six months,” said Numa Saisselin, the theater's president.

He said a federal Paycheck Protection Loan, a Small Business Administration Economic Injury Disaster Loan, a Business Community Relief loan form the city and VyStar Credit Union and city and federal grants have kept the theater afloat, along with contributions from individual and corporate donors and sponsors.

But the well is running dry, he said. The fundraising drive aims to raise $100,000 by year's end. A funding pool created by the theater's board of directors will match donations on a dollar-for-dollar basis.

The theater has been closed since March due to the COVID-19 outbreak. It has taken advantage of some of that downtime by starting planned renovations, including resurfacing the floor and replacing all of the seats. The theater announced a five-year, $10 million renovation plan last year that includes an expansion of the second-floor lobby into adjacent office space, plus new sound and stage-lighting systems and improved restrooms.

The last two shows on the schedule for 2020 — an appearance by comic Piff the Magic Dragon scheduled for Dec. 4 and one by magician Adam Trent on Dec. 26 — were recently postponed. No new dates were announced for either show. A Peter White Christmas concert that was promoted by the theater but slated to play at the Ponte Vedra Concert Hall in December also was canceled.

A Facebook post from the theater says new shows, some as soon as December, will be announced early next week, with limited seating.