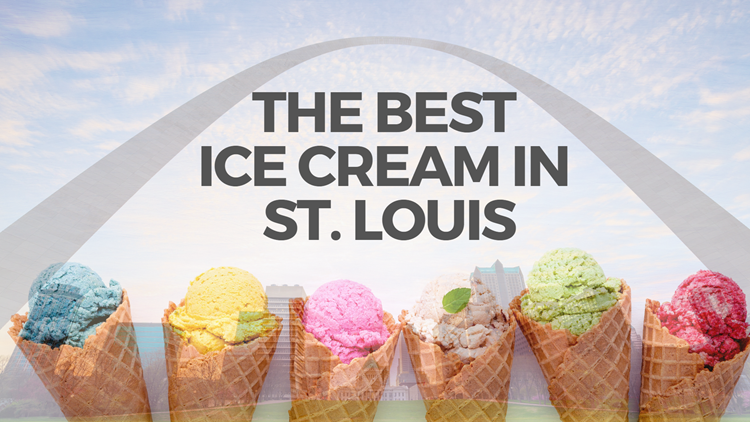 The scoop on where to get the best ice cream in the St. Louis area

ST. LOUIS – I scream, you scream, we all scream for ice cream! Especially on National Ice Cream Day! In honor of the day, 5 On Your Side has put together your top spots to grab a scoop or two.

National Ice Cream Day is on July 21 this year. It's celebrated on the third Saturday in July every year.

We asked our Facebook followers to give us their favorite spot to grab ice cream and here’s what they came up with:

Here are the top five:

Clementine’s is known for small batch, scratch made ice cream. Every ‘ice cream concoction’ is created with 100% natural ingredients.

‘Clementine’s is by far the best ice cream in STL!’ Kara Trakas-Gross said.

They’re known for their hand-scooped ice cream and supersized shakes! They even have a ‘cowboy shake’ where an ice cream cone comes on top!

Dairy Haven has been a staple in Caseyville for 65 years. It first opened in 1954. They’re known for their ice cream (obviously) and their homemade orange sherbet. If you head to Dairy Haven, you’ll need cash as they do not accept cards.

Serendipity is known for their homemade ice cream and having ‘creative ways’ of eating their ice cream. You can get it in between cookies, in a waffle cone, regular cone and more.

This spot was founded in 2013 and is blocks from Tower Grove Park. It’s known for its flash-churning nitro ice creams. Ices Plain and Fancy is also celebrating its fifth anniversary on National Ice Cream Day.

And no, we did not forget about Ted Drewes...

‘If you don’t say Ted Drewes are you really from St Louis?’ Tiffany Burns Dial said. She might be right, but we did ask for the best ice cream, not frozen custard. We love Ted Drewes, by the way!

So, what’s the difference between frozen custard and ice cream?

According to International Dairy Foods Association, Americans consume about 23 gallons of ice cream each year, on average.

Want more stories like this? Here’s What’s Cookin’ in the Lou

Did we miss one of your favorite spots? Click here to send us an email! Or reach out if you have a story idea