'An amazing journey:' Clay County singer makes it to Battle Rounds on 'The Voice' 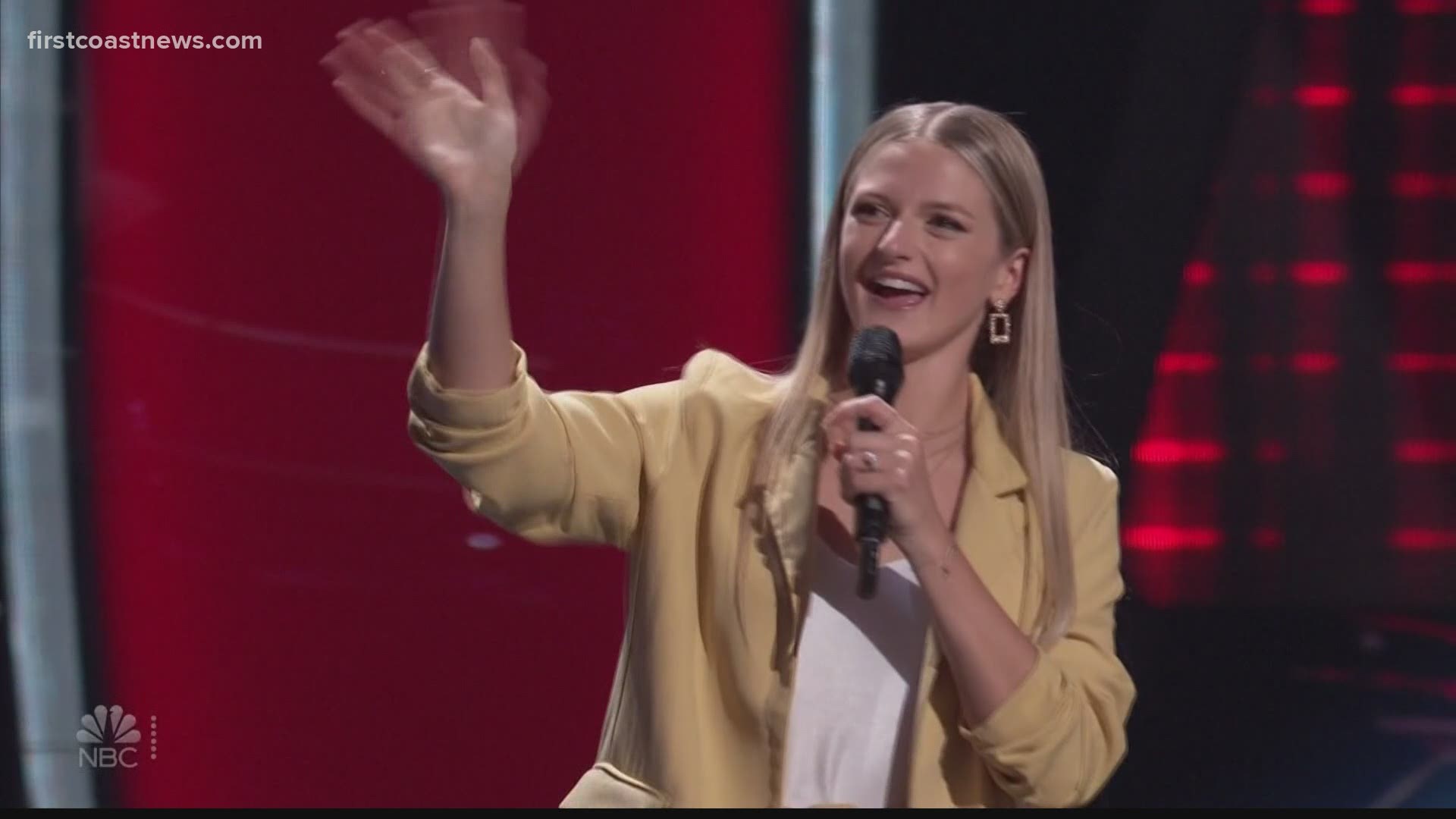 JACKSONVILLE, Fla. — Payton Lamar, 23, has performed on stages before, but Monday night, she'll face perhaps her biggest stage yet.

"When I open the doors I felt comfortable," said Lamar.

Last week, Lamar entered the large double doors to the stage of "The Voice" taking part in the blind auditions.

"I was like don't look up," said Lamar. "Just don't look at the coaches and I looked up and then this wave hit me this is really happening."

She had 90 seconds to prove she was capable of first entering the vocal competition and then winning it; Ninety seconds that would reveal her life's work of singing.

She sang "Never Alone" by Tori Kelly and Kirk Franlkin.

Country artist and judge Blake Shelton hit his button at the last second. He was the only coach to turnaround.

Now she is heading to the battle rounds with the show's most winning coach as part of Team Shelton.

"It has been an amazing journey," she said.

Lamar's journey began on the First Coast in Clay County with her family.

"I grew up in Middleburg, Florida and then kind of hopped around, from Orange Park to Argyle," she said.

After elementary school, she said her family moved to Nashville but Lamar would return to the First Coast to attend the School of Worship Ministry at Celebration Church. She said that experience began to open doors.

"I met my husband there and after being the worship leader at Restore Church, we moved around," said Lamar.

She traveled using her the gift of her voice.

"I lead worship at Elevation Church in North Carolina and then went to Paris, France for a season, did music there and then came back to Nashville," she said.

Looking back, she now believes being on Shelton's team is all part of her destiny.

"The things that he told me have been life-changing, but I want you guys to see it first," she said.

This week begins the Battle Rounds and she said she worked with Shelton and Kane Brown to prepare for the competition.

Lamar still lives in Nashville but says the First Coast is near and dear.

"We're still coming to Jacksonville for Thanksgiving, so I'll see you in a couple of weeks," she said.

Lamar wants to be a pop singer and this journey might the greatest song she will ever sing.

"I am a pop singer who loves Jesus," said Lamar.

Watch her blind audition below: