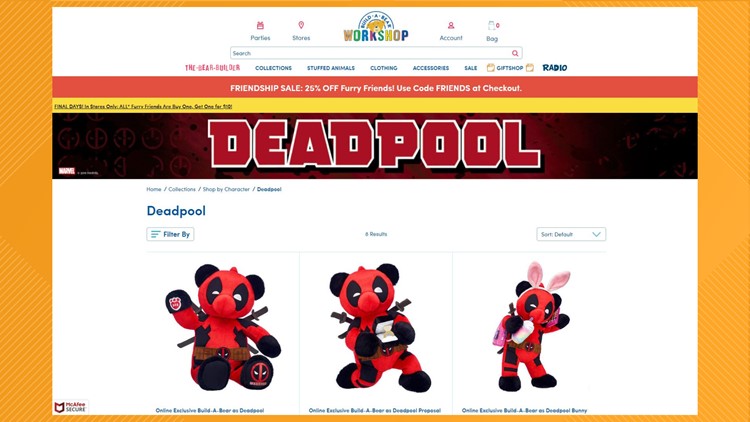 Everyone's favorite unapologetically sarcastic and funny anti-superhero is hitting stores in a new way... as a Build-A-Bear!

"Now you can show your love for the chimichanga loving character that’s captured everyone’s hearts with this online exclusive collector’s item!" the tweet said.

That's right, Deadpool lovers can now have their very own bear version of Wade Wilson. The best part? They come in a variety of different styles.

There is skateboarding Deadpool, ballerina Deadpool, cowboy Deadpool and robe-clad Deadpool, just to name a few.

Though the plush starts at $40 (with no accessories included other than his swords and costume), people of Twitter were overjoyed with the news.

Some Twitter users who were well into their adult years and who had never built a Build-A-Bear before were also super excited to purchase and build their very own Deadpool bear.

One Twitter user had the perfect idea for making the Deadpool Build-A-Bear even better.

The ball is in your court, Ryan Reynolds.

Click here to see all of the available options for this online-exclusive Deadpool Build-A-Bear.