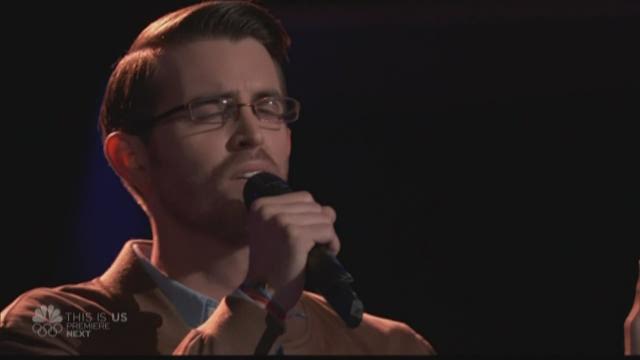 Not everyone knows what it feels like to have your dreams finally come true.

Born and raised in Macclenny, the University of Florida graduate sang his heart out in front of 'The Voice' judges Tuesday night.

The room at a small pizzeria in Macclenny was packed where Gerard watched the show along with his doting family and friends.

Gerard's mother was beside him with joy.

"I'm so proud. Excited," Kelly Noman said. "I'm glad to see him finally be able to live his dream."

Music is in his DNA. Gerard has been singing and acting all his life.

A former high school biology teacher, Gerard changed careers to become a nurses' assistant after his sister was severely injured in a car accident a few years ago.

Gerard said a friend signed him up to audition for the show, and simply told him where to go. Dylan and his sweet voice did the rest.

"I'm so blessed," he said. "To know each and everyone of them. The people here to support me. It's almost overwhelming. I'm just really thankful. It's amazing."

Gerard won the hearts of two judges, but decided to go with Team Adam.

Keep supporting Dylan by following him on Twitter and watching him on "The Voice," which airs on NBC 12 on Mondays and Tuesdays at 8 p.m.

Watch his blind audition below: