JEA's board unanimously votes to fire CEO Aaron Zahn with cause 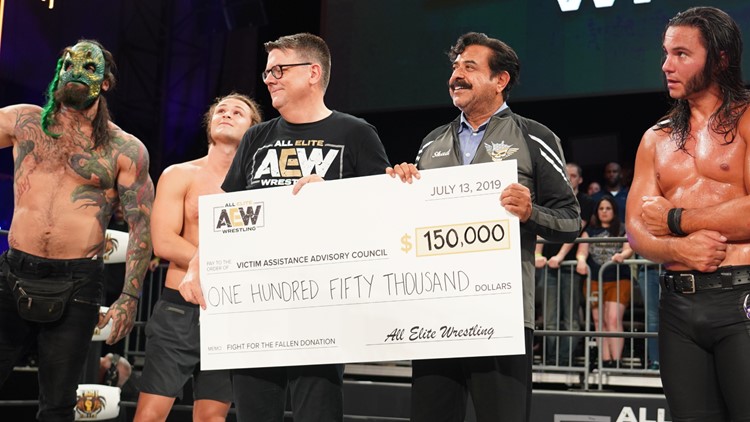 At the end of All Elite Wrestling's Saturday show, Fight For The Fallen, a check for $150,000 was presented to the Victim Assistance Advisory Council to assist Jacksonville residents affected by gun violence.

Tony Khan told First Coast News last week they didn't expect to make a profit at all on the show, planning from the start to give all proceeds to the VAAC.

Best photos from the night 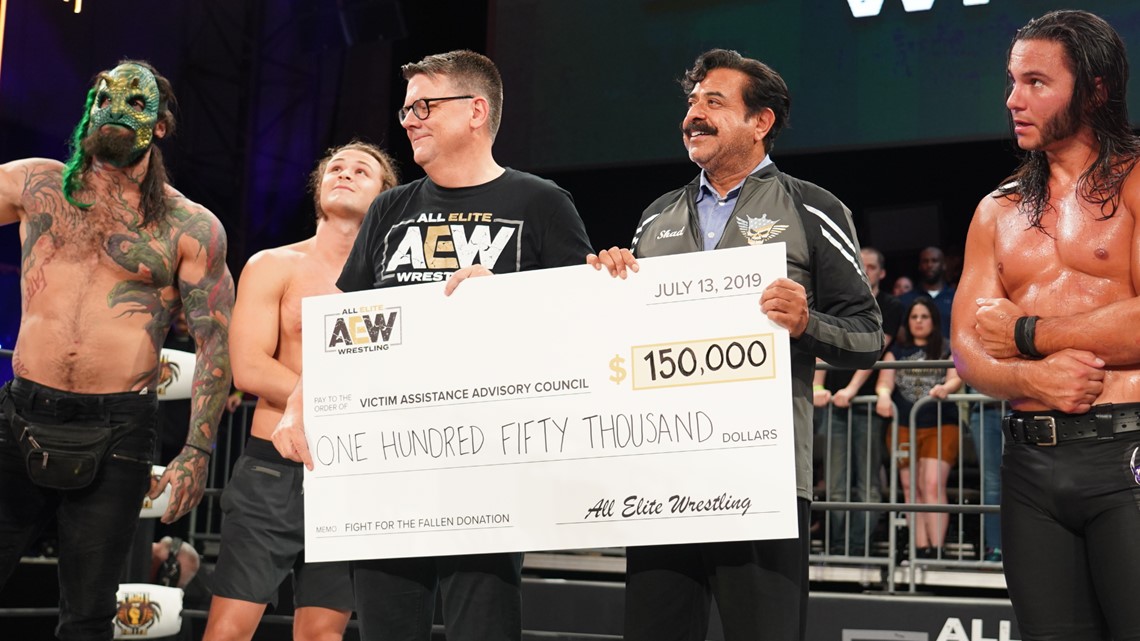 Cody Rhodes interview after Fight For The Fallen

Cody talks about teaming with his brother Dustin, and how it felt wrestling outside in the Florida heat.

Chris Jericho interview after Fight For The Fallen:

Jericho talks about delivering his first promo without needing approval or a script.

Khan discusses how he juggles his companies, if he'll ever be an on-screen character, and when they'll announce the fall TNT schedule.

Tony Khan sat down with First Coast News July 11th for a 20-minute conversation about the first 7 months of his brand new and super successful wrestling company AEW.